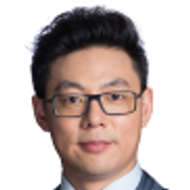 ANDREAS STIHL AG & CO, KG (STIHL) obtained the registration of the orange and grey colour combination trademark on goods under “chain saws for forestry and horticulture” in August 2015. In January 2019, STIHL further confirmed the protection of this colour combination and secured the registration of an abstract trademark showing the two shades in blocks.

However, when taking an infringement action against a repeat offender, STIHL was surprised to discover that this party had submitted as a defence a trademark registration certificate relating to a colour combination trademark consisting of orange, grey and black. The trademark was registered on 7 November 2015 in Class 7, covering goods including "lawnmowers [machines], reapers, sprayers (machine), agricultural machines, agricultural implements other than hand-operated, saws [machines], woodworking machines, tea manufacturing machines, hand-held tools, other than hand-operated; axles for machines”.

On 14 November 2019 STIHL initiated an invalidation proceeding with the China National IP Administration (CNIPA) against the colour combination trademark, citing its own prior registration. In December 2020, the CNIPA upheld STIHL's grounds and invalidated the disputed colour combination mark for the following reasons:

What is intriguing in this case is that the registrability of the disputed trademark had never been challenged by the examiner during the registration process. Indeed, in practice, examiners do not accept a blank colour combination trademark without evidence of acquired distinctiveness and a statement showing how the applied combination of colour is to be applied to the products designated in the application.

In this case, it seems that the filing document of the disputed trademark did not meet the usual requirements for a colour combination trademark. According to CNIPA’s trademark examination criteria, a trademark application for a colour combination must show that the sign has acquired distinctiveness via extensive use and advertising. The trademark description of the disputed trademark only described the colours but remained vague about the manner in which the colours were to be used:

However, the application designated a much wider range of goods, and the description apparently failed to show how the colours were to be used on all the designated goods

On 29 July 2019, the European Court of Justice upheld the General Court's decision to invalidate Red Bull’s blue and silver colour combination marks on the grounds that they were not sufficiently "clear, precise, self-contained, easily accessible, intelligible, durable and objective". Though the CNIPA has exemplified in the trademark review and adjudication criteria the factors to be considered in the formality examination of non-traditional trademarks, it would be worthwhile to introduce such a general principle to help harmonise examination practice due to examiners varied practices.

With regards to the STIHL case, invalidation based on the absolute ground of lack of distinctiveness would have been sufficient. Nevertheless, the CNIPA added some comments on the similarities between the cited and the disputed trademarks and stated that the comparison should be made by comparing the ways in which colours are combined and used, rather than dwelling on their nuances. This practice is in line with a judgment made by the Beijing IP Court on 27 October 2019 (Roxtec AB v Mikael Helmerson), where the court found infringement, despite the fact that the shade of blue used by the infringer was not exactly identical with that of the cited mark. The court opined that it would be difficult for the relevant public to perceive the nuances when paying an average level of attention.