A step in the right direction: US and EU courts protect trademark for red-soled heels 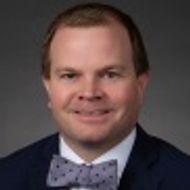 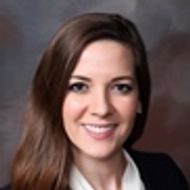 As any designer knows, choosing the perfect colour is critical. But, for a company, can a product's colour become more than an aesthetic decision? French designer Christian Louboutin has proven that it can when the company obtained a valid trademark for its signature red-soled heels. Louboutin has successfully defended the trademark on many occasions, both in the United States and abroad. Like Louboutin, companies continue to discover innovative ways of using colour to distinguish their products from others, and protection under trademark law is becoming increasingly important.

However, protecting the use of a colour under trademark law is not as simple as picking one from the palette. Given the broad range of possible uses, the courts have historically been reluctant to give one party the exclusive use of a colour out of concern for colour depletion. Nevertheless, trademark protection for colours has since evolved, and many companies have received protection for the use of colours in connection with specific goods and services (eg, Tiffany robin’s egg blue, Cadbury purple, UPS brown, Coca-Cola red and Target red). What makes a single colour worthy of trademark protection and how can two or more companies have trademark rights in the same colour?

US courts recognise that a colour alone is not inherently distinctive and merits no trademark protection, but they will afford trademark protection for a colour where the applicant demonstrates secondary meaning. In other words, the colour, as a feature of the product design or packaging, must become so significant to consumers that it identifies the source of the product, rather than the product itself. By proving secondary meaning, companies can receive protection for their use of a colour (eg, red) in a way that is unlikely to be confused with another's use of the same colour in connection with their respective goods and services (eg, red for shoe soles, soda cans and department store logos).

Yet, trademark protection under US law comes with additional hurdles; protection is not available when a colour is functional. A colour may be ‘functional’ in the product's design, meaning that it is essential to the use or purpose of the product (eg, using a certain colour to indicate a flavour of ice cream) or if the colour places competitors at a significant competitive disadvantage (eg, using the colour green on farm equipment, which provides visual advantages for the product).

The success of Louboutin's trademark protection for its red-soled heels in the United States, and more recently in the Court of Justice of the European Union (CJEU) in June 2018, illustrates the challenges expected when claiming trademark rights in a colour – and how to overcome them.

In the European courts, Louboutin instituted an infringement action claiming that the Dutch retailer Van Haren, which sold affordably priced high-heeled shoes with red soles, infringed Louboutin's mark. Louboutin’s EU-registered mark refers to "the colour red (Pantone 18 1663TP) applied to the sole of a shoe (the contour of the shoe is not part of the trademark but is intended to show the positioning of the mark)".

In rejecting Van Haren's defensive attempt to invalidate Louboutin's mark, a Dutch court noted that the red sole gave substantial value to the shoes as the colour forms part of the appearance of the shoes and plays an important part in the consumer’s decision to purchase them. The court also noted that, while Louboutin initially used the red colour on the soles for aesthetic reasons, the company later started regarding it as an identifier of origin, thus using it as a trademark. Van Haren argued that the red soles of the shoes could not be separated from the shape of the shoe, and that shapes cannot be registered as trademarks under EU law. Uncertain as to whether ‘shape’ within the meaning of EU Directive 2008/95 is limited solely to the three-dimensional properties of a product (eg, contours and volume), the Dutch court referred the question to the CJEU.

In its 2018 opinion interpreting the term ‘shape’, the CJEU stated that a sign such as Louboutin's mark is intended purely to show the positioning of the red colour covered by the registration and is not exclusively a shape (as the term is used in everyday language) under the directive. Since the main element of the mark is a colour, the CJEU concluded that the mark does not relate to a shape exclusively but seeks to protect the application of the colour. Thus, the directive prohibiting the registration of shapes would not invalidate Louboutin's mark.

Although considered in the context of an EU directive, the EU courts addressed parallel concepts of US trademark law, including functionality and secondary meaning, in their analyses of Louboutin's mark. The colour was not connected to the shoes’ contour – arguably a functional part of the shoe – and the sole’s colour alone played an important part in consumers’ decisions to purchase the shoes.

Trademark registrants which, like Louboutin, have successfully procured registrations for colours with the USPTO have done so by carefully drafting their applications to avoid functionality objections. Before seeking US trademark registration and protection, companies should also consider:

While it typically takes time for a mark to garner a protection-worthy level of distinctiveness, the benefits of trademark protection are worth the wait; the duration of protection is theoretically unlimited, provided that the owner can demonstrate continuous use of the mark in commerce. In the wake of cases such as Louboutin’s, companies should be comforted in knowing that trademark protection for a single colour is a little less grey.

North America, United States of America
Back to reports