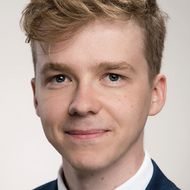 On 11 June 2019 the EU Regulation on Supplementary Protection Certificates (SPC) for Medicinal Products was published in the Official Journal of the European Union; it is due to enter into force 20 days following publication (ie, 1 July 2019). The legislation introduces a long-awaited SPC manufacturing waiver, which aims to remedy the unintended consequences of the current SPC model and react to the changes that have occurred in the pharmaceutical industry over the last three decades. The proposal was adopted in the ordinary legislative procedure by the European Parliament by an overwhelming majority of 572 votes in favour, and subsequently by the Council of the European Union.

An SPC provides additional protection for pharmaceutical products subject to market authorisation after the patent’s expiry for a period of up to five years (five and a half in case of a paediatric extension). The introduction of the SPC seeks to compensate innovative pharmaceutical companies for the lack of effective patent protection during the lengthy period between discovering and patenting a compound and the moment when the final medicinal product hits pharmacy shelves. The additional period of protection addresses this by allowing pharmaceutical companies to benefit from their investment, creating an incentive for further innovations.

The current EU SPC model originates from 1992 and is currently regulated under Regulation 469/2009. Since its inception, the pharmaceutical market has evolved rapidly – most notably, there has been a significant increase in the global demand for medicinal products and subsequently, rapid growth in the manufacture of generics, especially biosimilars. Given the change in circumstances and the lack of any existing exception to the protection conferred by an SPC, unintended side-effects of this model have started to emerge. First, it prevents EU-based manufacturers from making generics and biosimilars with a view to exporting to third countries where patent protection has expired or never existed. Second, it does not allow generics and biosimilars to be made for the purposes of storage for a limited period of time before the expiry of an SPC which, in turn, prevents the possibility of day-one entry. Consequently, non-EU-based manufacturers have an upper hand in terms of export opportunities and immediate entry to a member state’s market on the SPC’s expiry.

The amendment’s primary goal is to strike the right balance between laying down SPC holders’ rights and to restore equal opportunities between EU-based and non-EU-based manufacturers of generics and biosimilars. The manufacturing waiver amends the current SPC model so that it will not provide protection against manufacturing generics and biosimilars in the European Union, provided that it is done for the purposes of export to third countries or storage with a view to day-one entry. While in the former case, the exception applies throughout the SPC’s entire lifetime, manufacture and storage for day-one entry will be permissible for six months prior to the SPC’s expiry only.

To prevent misuse of these new waiver capabilities, the amendment has introduced a set of safeguards. These are intended to help SPC holders to enforce protection, control compliance with the regulation and reduce the risk of illicit diversion of their products on the EU market before the SPC’s expiry. These safeguards include:

The applicability of the manufacturing waiver will depend on the date on which the SPC was applied for and subsequently took effect:

The EU has emphasised that the amendment provides enough safeguards and control authority to balance the interests of all of the involved stakeholders and, in any case, assumes that the benefits of the introduced exception will outweigh the potential side-effects. This assumption will not remain unchallenged as the amendment provides that the commission reassess the regulation’s effect within five years following 1 July 2019 and then every five years after that.

The amendment enters into force 20 days following its publication. However, given the transitional regime, it will take some time before we are able to observe the amended SPC model in action.