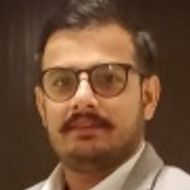 The point in time when the number of connected devices outnumbered the number of people on the planet corresponds to the birth of the Internet of Things (IoT).

The challenges of patenting IoT technology may be classified into four categories (for further details please see “Smart devices in IoT need a smarter patenting strategy”):

This report proposes solutions to overcome each of these challenges.

Keeping in mind patentability requirements, the cost of obtaining the patent and the value proposition from the invention, the following approach should be taken to address these trade-offs. To work out the best types of claim for each particular innovation, consider the following factors:

It is also important to account for unexpected prior art. As there is a huge amount of innovation in the IoT space right now, it is possible that during patent prosecution the invention might encounter prior art that is currently unknown (eg, unpublished patent applications). Therefore, the claim strategy should take this into account. For example, several back-up positions can be built, either as dependent claims or in the specification.

To begin with, a focused claim set can be relied on, and broader claims can then be pursued in a continuation application.

Overcoming the issues of divided infringement

Typically, the issues of divided infringement can be overcome by carefully drafting claims from the perspective of only one device in the IoT system.

But drafting that type of claim may not be possible, depending on the state of the art and whether the invention is even patent eligible. If this is the case, it is preferable to claim the components that would most likely be sold or operated by the competitors. An exemplary case of divided infringement in the IoT domain is discussed below.

Smart city: how joint infringement could occur – a real-life example

Smart city schemes are a real-life example that shows how the various claim strategies to overcome joint infringement might play out. Broadly, ‘sensing cities’ use smart sensors as municipal infrastructure. In patenting a sensing city, the following could be claimed:

Sometimes overcoming this problem may require compromise — it may not be possible to claim the invention from the perspective of a single device. However, in most cases, a smart drafter can find a way to craft independent claims without a divided infringement problem, which is usually a strong approach.

In wake of the recent decisions concerning patent eligibility, there is a need for strategic application drafting for IoT inventions. This need becomes obvious in view of the following case laws:

While Alice provided a glimpse of how to determine patent eligibility, an older decision in Diehr clearly indicates the underlying principle behind the determination of patent eligibility. For IoT inventions, the closer to Diehr that the patent application can recite the IoT invention and narrowly tailor the claim features that provide a practical application (preferably a real world application) for the invention, the higher the likelihood of obtaining the patent and withstanding the America Invents Act post-grant eligibility challenges.

An exemplary patent-eligible case that fits best for IoT ecosystems is Thales Visionix v United States. The invention was broadly directed towards a helmet-mounted display (HMD) used by F-35 fighter pilots. The system utilised a pair of identical sensors arranged as – one mounted on a helmet, the other mounted on an airplane – to determine the orientation of the helmet relative to the moving airplane. During flights, HMDs are subject to drift, in which even small measurement errors can accumulate into larger errors when estimating an object’s position. Visionix’s claimed solution uses a computer running a mathematical equation to periodically calculate the relative orientation of the helmet. The following observations regarding Visionix’s solution should be noted:

The key takeaway from this is that drafting an application for an invention directed towards a non-conventional, specific arrangement of sensors (even though the sensors themselves may be well known) may still provide grounds for patent eligibility.

Another relevant case, Fitbit v Jawbone, provides further insights in this regard:

The following points give good insights regarding patent eligibility of IoT technology landscape:

A list of software-styled patents which were found to be eligible by the US courts and which are relevant to the IoT ecosystem can be found here.

The sole purpose of obtaining a patent on an IoT invention may be to protect the interests of the inventor(s) pertaining to what the inventor(s) may regard as the invention. In this regard, it may be important to focus on quality patents that are enforceable. Drafting patent applications that are far too narrow may lead to patents that may not be enforceable and should be avoided at all cost. Specifically, ‘narrow applications’ mean the undue limiting of the claims and embodiments beyond the point of novelty. Features that do not contribute to the absolute novelty should be recited at a broader level. Similarly, features other than those which bring out the ‘significantly more’ aspect of the invention should be accorded their broadest possible scope. Of course, they can be identified with particular examples in the specification to provide enablement.

Therefore, the best approach is one centred on drafting realistically broad claims (with high infringement potential) and one which addresses these challenges.