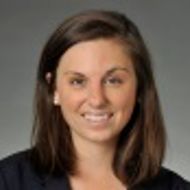 Preparing a trademark application for registration in the United States requires that care and attention be paid to a number of different factors, including obvious components such as the configuration of the applied-for mark and the nature of the goods and/or services on which it is or will be used. Of the numerous elements that go into the application, certain routine aspects may be easy to pass over without discussion. However, one such inconsequential detail can, if improperly handled, doom a trademark application and any resulting registration. The culprit – the designation of the mark's owner.

Most trademark applicants recognise that a trademark's owner is a fundamental characteristic of that mark. However, far fewer recognise the legal meaning of that designation or the consequences of getting it wrong. Because various assets of a business are often exchanged, held and acquired at will between related entities, partners and stakeholders, it is only natural that a business owner would assume that trademark assets can be treated similarly. But this is a case where a naïve, innocent mistake can cost the unwary trademark applicant dearly.

If the wrong applicant is listed in the original application, this results in a fatal flaw that cannot be cured by filings of any kind – an entirely new trademark application (and filing fees) must be filed and any placeholder rights that the original application may have provided are lost. Worse, if the defective application has matured into a trademark registration before the mistake is discovered, the resultant registration is void and subject to cancellation – that is if the trademark owner discovers the flaw itself rather than it being unearthed by a competitor or the defendant in an enforcement action. Registration rights are lost. Re-filing is only a partial cure because the rights that come with trademark registration are not retroactive. In the meantime, a third party may have generated rights in the mark that complicate, at best, the unsuspecting applicant's rights. Compounding this frustrating circumstance, the USPTO does not review applications to ensure that the proper applicant is listed unless the applicant itself submits evidence that clearly contradicts the proffered identification of the mark's owner. Therefore, many trademark applications that later turn out to be void for this reason are passed to registration (sometimes at great financial cost to the applicant) without raising any flags, only to rear their heads later.

The nuanced legal standard, coupled with the commonly held understanding of the nature of trademark rights, multiplied by the inability of examining attorneys to provide guidance, means that the question "who owns this mark?" should be at the top of every trademark attorney's list of discussion points.

But who does own a trademark? While the answer is not always simple, the legal standard can be summed up easily – the owner is ‘the person or entity that controls the nature and quality of the goods sold or services rendered under the mark’. But that does not necessarily designate the company or person who places the goods or services into the marketplace. A trademark owner can license a trademark to a subsidiary, franchisee or like party who places goods or services in commerce where the goods bearing the mark and/or the licensee's performance of services under the mark are controlled by the parent or franchisor. Even a holding company can own trademarks when it exercises control over their use, such that their use by a related company "inures to the benefit of" the holding company. On the other hand, a distributor or importer is merely a conduit for goods between the manufacturer and the consumer and other intermediaries. However, somewhere along the distribution chain is a party who is responsible for the quality of the products that eventually hit the market – it is this party who is the proper owner of the mark under which those goods are sold. For it is to this party that the public should turn when, say, the product is defective, or the consumer has questions or feedback about its features. Likewise, it is this entity who will stand to benefit from the accumulation of goodwill that consumers feel towards the person or company who provides a product or service that they like.

When there is alignment between a trademark's owner and the name listed on the application for the same, the consumer universe is satisfied and this registration pitfall, at least, is avoided.