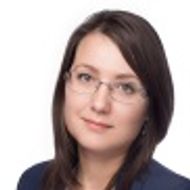 In Russia, a patent may be obtained either at the Russian Patent and Trademark Office (Rospatent) or through the regional Eurasian system at the Eurasian Patent Office (EAPO). Recently, Rospatent has sought to reduce prosecution time and a decision to grant can now be issued within as little as 18 months. But at the EAPO, the time taken for this can still reach up to three years or more under the regular procedure. In order to expedite patent prosecution, both offices recognise the Patent Prosecution Highway (PPH) programme, as well as requests for expedited prosecution.

Rospatent has bilateral agreements for the PPH programme with a broad list of countries and IP organisations, including the United States, Canada, the United Kingdom, the Northern Patent Institute, Austria, Germany, South Korea, Singapore, Japan and Australia. The Patent Cooperation Treaty (PCT)-PPH programme is also available for the China National IP Administration (CNIPA), as well as the EPO. It is suitable for applications such as PCT work products. A patent application with claims that are recognised as patentable in these offices can be prosecuted with the benefit of the PPH programme.

For Eurasia and the EAPO, the PPH programme is still quite narrow: There are agreements with the EPO, Japan, China, and South Korea only; and Finland is expected to ratify it by the end of 2020. The PPH does not apply to US and Canadian applications with no International Search Report (ISR) or International Preliminary Examination Report (IPER) made by the EPO.

Both Rospatent and the EAPO allow the use of the PPH programme when filing a substantive examination request. Once the PPH request is accepted, the first office communication – an office action or a decision to grant – is issued within three to four months.

No additional official fee is stipulated for accelerating the prosecution process via the PPH programme. The request must be supplemented with copies and translations into Russian for allowable claims. Copies of prosecution correspondence (ie, examination opinion notices and a cited prior art) should be provided if these are not available through WIPO’s PATENTSCOPE database. Rospatent and the EAPO both accept prosecution-related documents in English, while translation is required for documents in other languages.

At Rospatent, it is possible to request expedited prosecution, which is processed based on the results of an additional search carried out by the office. The additional fee depends on the number of International Patent Classification (IPC) classes to be searched and is approximately $1,300 per class. A list of IPC groups is determined by the state examiner on request. The search is carried out within 10 days and the first official communication is issued no later than two months from this, compared to the standard seven to nine months. However, there are no formal time limits for such a request, so it makes sense to submit this when filing an application or just after the formalities stage is complete.

Further, the official fee is between $140 and $280 for expediting the formalities stage and about $850 for the substantive stage. The EAPO also has a procedure for the accelerated publication and grant of a Eurasian patent; the fee is approximately $280.

Rospatent has also announced a fast-track patent examination programme for inventions in the fields of antiviral medicines, vaccines, diagnostic tests and medical protective equipment related to covid-19. The prosecution of such applications is prioritised, and a first official communication is issued within two months. This programme is available to all entities and to applications from any origin.

For Russian patents, patent prosecution can be significantly expedited by using the PPH programme, which is widely available and involves no additional official fees. When a Eurasian patent is sought, the accelerated procedure is recommended for those applications that cannot participate in the PPH programme. However, both procedures can be requested if the application meets the requirements of the PPH.