The tendency to equate patent value with sales of the patented object is understandable. A patent is commonly described as a bargain between an inventor and the public. Sales figures – which reflect market forces – can be seen as valuing the patent monopoly fairly at a price that is mutually agreeable to both the supplier and the consumer. However, sales figures may not always provide a fair approximation of a patent’s true value. This becomes evident when trying to account for non-infringing alternatives to the patented product in quantifying damages arising from patent infringement.

In Lovastatin (Merck & Co, Inc v Apotex Inc, T-1272-97; damages decision 2013 FC 751) Apotex was found to have infringed a Merck patent for the anti-cholesterol drug lovastatin. The patent in issue did not claim lovastatin per se, but rather contained product-by-process claims to lovastatin when made using a particular micro-organism, aspergillus terreus. Significantly, an alternate non-infringing process for making lovastatin using coniothyrium fuckelii existed. As a result, Apotex argued that its liability, at least in respect of certain batches, should be limited to a reasonable royalty because it could have taken Merck’s sales even without infringing the patent by using the non-infringing process.

In Cefaclor (Eli Lilly and Company v Apotex Inc, T-1321-97; damages decision 2014 FC 1254) the patents in issue were directed to processes for making intermediates used to manufacture the antibiotic cefaclor. Apotex was found liable for infringement in respect of some batches, but not liable in respect of other batches that were made by a non-infringing process. In the damages phase of the proceeding, Apotex again argued that its liability should be limited to payment of a reasonable royalty because it could have legally taken Eli Lilly’s sales by using the non-infringing process.

In both cases, the courts reaffirmed that the infringer’s access to an unused non-infringing alternative is irrelevant when reconstructing the market in the ‘but for’ world (non-infringing alternatives may be considered for other purposes). Consistent with existing case law, the courts held that causation – that is, whether the infringer caused the patentee’s loss – must be assessed with reference to facts that existed at the time, not facts that might have existed had the patentee decided not to infringe. As the court stated in Lovastatin: “Tort law is not concerned with whether the defendant could or would have acted differently in a ‘but for’ world where no wrongful conduct occurred.”

To varying degrees, the courts’ refusal to allow parties which have infringed a patent to escape liability by claiming that they could have acted in a non-infringing manner reflects an understandable desire to acknowledge wrongful conduct and to hold the responsible party to account. This is made clear in the court’s reasons in Cefaclor: “The causal connection is not examined in the hypothetical world where the infringer engages in different conduct than that in which it actually engaged. Such an approach permits the wrong-doer to escape all responsibility for its conduct. It would permit an infringer who is aware that there are two manufacturing processes, one that infringes and one that does not, to choose the infringing process comforted in the knowledge that the [non-infringing alternative] defence will permit it to escape most if not all the consequences of its wrongful act. Although damages for patent infringement are not intended to punish infringers, neither are they intended to reward them.”

Even beyond the understandable desire to hold wrongdoers accountable for their actions, there are policy considerations that may justify the courts’ historical refusal to consider the possibility that the infringer could have legitimately taken market share by using a non-infringing alternative. In Lovastatin Merck argued that consideration of a non-infringing alternative would allow an infringer with a less efficient process to infringe the patent knowing that, if found liable, it would be required only to pay a reasonable royalty. In Merck’s assessment, such an approach effectively grants the infringer a compulsory licence, even though Canada has long since abandoned its compulsory licensing regime. Commenting on these submissions, Justice Snider stated that she “could not agree more”.

Constructing the ‘but for’ world

Despite these compelling reasons to the contrary, it could nevertheless be argued that the existence of a non-infringing alternative should be considered when constructing the ‘but for’ world. Central to this argument is the issue with which this article began: the value of the patent.

If the market determines the true value of a patent, should the courts not then consider any factor that would have affected how the market in the ‘but for’ world would function? If so, there seems to be no principled reason to ignore the existence of a non-infringing alternative. As Canadian academic Norman Siebrasse noted in a paper cited in Lovastatin, “the defendant’s non-infringing alternatives are clearly relevant in fact to what would most probably have happened but for the infringement”. Ignoring the possibility of legitimate competition effectively puts the patentee in a better position than it would have been in but for the infringement. Despite the force of this argument, the court merely noted that Siebrasse’s position is not the law in Canada and characterised him as “the lone voice in the wilderness”.

The court rejected Cotter’s argument, characterising his view as an economic challenge, rather than a legal challenge, to the Canadian treatment of non-infringing alternatives. In the court’s own words: “From the standpoint of economics it may make sense to consider that ‘but for the infringement, the defendant would have resorted to a non-infringing alternative;’ however, it is not appropriate when assessing damages under section 55 of the Patent Act”.

The court’s comments are striking. While Canadian courts have yet to factor in the infringer’s access to a non-infringing alternative when awarding damages for patent infringement, Section 55 of the Patent Act does not expressly prevent consideration of non-infringing alternatives; it states only that an infringer is liable for “all damage sustained by the patentee or by any such person, after the grant of the patent, by reason of the infringement”. What Siebrasse and Cotter contest is whether sales that would have been lost in any event can fairly be considered damage sustained “by reason of the infringement”. This seems a legal argument.

Moreover, the distinction that the court draws between legal and economic considerations is perhaps overly stark. A fair damages award is one that reflects, as much as possible, real market forces. Under the existing paradigm, courts would be free to consider the impact on the patentee’s sales of a third-party generic that would have entered the market with a non-infringing alternative but for the infringement. As Siebrasse asks in commenting on Cefaclor: “What difference does it make if it would have been the defendant, rather than some other generic, that would have made those non-infringing sales?” If damages are meant to be compensatory rather than punitive, there is arguably no reason to discount such competition.

Significantly, the existence of a non-infringing alternative can be considered in the United States. As stated by Judge Rader in Grain Processing, consideration of the non-infringing alternative can more accurately reflect the reality of the marketplace: “[A] fair and accurate reconstruction of the ‘but for’ market also must take into account, where relevant, alternative actions the infringer foreseeably would have undertaken had he not infringed. Without the infringing product, a rational would-be infringer is likely to offer an acceptable non-infringing alternative, if available, to compete with the patent owner rather than leave the market altogether. The competitor in the ‘but for’ marketplace is hardly likely to surrender its complete market share when faced with a patent, if it can compete in some other lawful manner.”

Despite the persuasive force of Rader’s comments, the courts in Lovastatin and Cefaclor rejected the US approach, noting differences in the statutory frameworks in Canada and the United States.

In Lovastatin the court noted that the US Code allows for treble damages. Presumably, this helps to prevent the possibility, noted by the court, that a party could wilfully infringe a patent and then later claim the benefit of a de facto compulsory licence. Yet refusing to consider a non-infringing alternative as a matter of law strips the court of its discretion to craft a fair award. If it is necessary to dissuade parties from wilfully infringing a patent or to punish them when they do so, this can already be done by awarding punitive damages where appropriate.

In Cefaclor the court noted that while the Patent Act makes the infringer liable for “all damage sustained by the patentee”, the US Code states that the court shall award “damages adequate to compensate for infringement”. This ostensible difference led the court to conclude: “An assessment of the ‘adequacy’ of an award of damages may well involve a consideration of factors that are not at play when one is focussed on assessing what damages were actually caused by the infringer’s actions.” This is arguably a distinction without a difference: a just damages award is presumably one that ‘adequately’ compensates the plaintiff for its losses. Conversely, an award that either undercompensates or overcompensates the claimant is ‘inadequate’ or inappropriate.

Therein lies the issue. By refusing even to consider the possibility of a non-infringing alternative, it is possible that a patentee may be overcompensated. Unless non-infringing alternatives are taken into consideration when constructing the ‘but for’ world, a patent claiming a product made by a particular process, for example, is treated for all intents and purposes as a patent claiming the product per se. This overvalues the patentee’s contribution to the state of the art and results in overcompensation. As Siebrasse noted, such an award would run counter to the purpose of the Patent Act, which is to promote innovation by offering a reward that is commensurate with the value of the invention.

The appeal in Lovastatin was heard in January 2015, with a decision expected soon, and the appeal in Cefaclor recently commenced. Unless and until the law is changed, some simple lessons may be taken from these cases. For inventors and patentees, there is real value in filing for patents in Canada and asserting their patent rights in the face of infringement. Those seeking to market a product potentially covered by a Canadian patent should obtain a freedom-to-operate opinion or choose a clearly non-infringing alternative from the outset. Damages for infringement may be greater than expected. 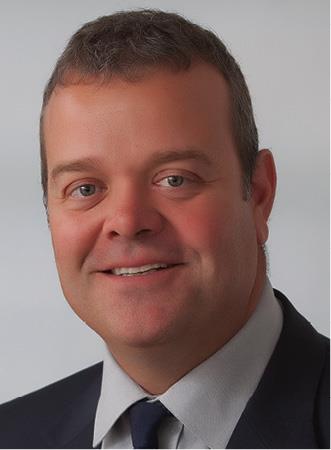 J Bradley White, partner and chair of the national IP department, practises IP law with an emphasis on complex patent litigation and patent prosecution. He provides a number of clients with strategic advice on the enforcement of their patent rights, including the coordination and management of litigation strategies throughout multiple jurisdictions. He has appeared as lead counsel before the Federal Court of Appeal, Federal Court and the Ontario Superior Court. A registered patent agent, he specialises in Canadian and foreign patent and industrial design prosecution, strategic reviews of IP portfolios, patentability, patent infringement and validity opinions, and advising on worldwide patent portfolio management and enforcement. Mr White is also registered to practise before the US Patent and Trademark Office and is recognised internationally as a leading patent litigator and IP practitioner. 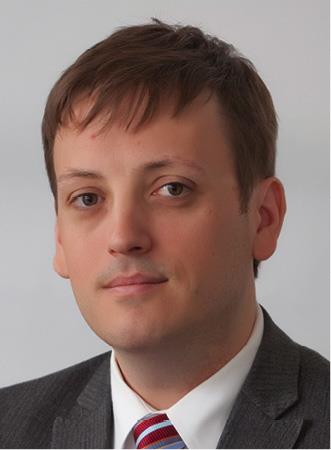 Brad Jenkins is an experienced IP litigator. His practice focuses primarily on patent and copyright litigation. He has particular experience in the area of pharmaceutical patent litigation, including litigation under the Patented Medicines (Notice of Compliance) Regulations. He has been involved in representing clients before the Federal Court, the Federal Court of Appeal, the Supreme Court of Canada and the Copyright Board of Canada. Before embarking on a career in law, he spent several years in academia, ultimately obtaining his doctorate from the University of Victoria.