In recent years the US Congress has considered a variety of proposals aimed at limiting abuse of the patent system. While curbing the enforcement practices of some bad actors – such as the use of misleading demand letters – is a laudable and important goal, we must ensure problems in our IP system don’t have the opposite result. By setting pleading standards so high that patent owners can’t access the courts, or preventing patent owners from taking discovery until months or years into a case, or granting stays of litigation to large corporations that profit the most from the sale of infringing technology, the legislative proposals are overbroad and do more harm to our innovation ecosystem than good. By making it harder for our most innovative individuals, universities and companies to enforce their patents, we risk devaluing intellectual property, making it too difficult for investors to commercialise their ideas.

Stuart Eizenstat, former US ambassador to the European Union and deputy secretary of the Treasury in the Clinton administration, speaks at the Leadership 2016 conference in Washington DC, March 18

Marathon Patent Group…announced today the formation of a new IP commercialization subsidiary, 3D Nanocolor Corp… Marathon has provided an initial round of seed capital and has commitments from outside investors for development and growth capital. Under the terms of the license, 3D Nanocolor has acquired from HP Inc. worldwide rights, with an option to acquire issued patents and associated proprietary technology, to technology called Electro-kinetic Film … The IP licensed by 3D Nanocolor is a result of years of research and development at HP Inc. and an advancement of HP’s leadership in microfluidic technology. 3D Nanocolor will continue to build on HP’s EK IP and inventions related to the physical sciences. 3D Nanocolor will be managed by Tim Koch and James Douvikas, two former HP senior engineering and business development leaders, who had significant involvement with EK technology at HP.

If people have done bad deals and they do not want to disclose these to the market, the truth is that they should not be protected. Executive managements that oversee the IP teams need to have this information. The general counsel should be taking responsibility.

WiLAN … today announced the Company has entered into a patent license and patent acquisition agreement with Taiwan Semiconductor Manufacturing Company Ltd … the world’s top ‘pure play’ foundry. The agreement grants TSMC rights under certain Polaris and other WiLAN patents related to semiconductor process technology for TSMC’s foundry services. In addition to taking a license, both parties also agreed that WiLAN will transfer to TSMC up to 400 patents or applications based on a mutually agreed selection process in a variety of technology areas that will not affect any of WiLAN’s ongoing licensing activities.

Opening paragraph of a press release issued by WiLAN, April 1

Patent owners will be happy, though maybe not ecstatic, with the Patent Trial and Appeal Board’s revised trial rules, announced on April 1 2016 and effective from May 1. They’ll now get to put in declarations with preliminary responses and request district-court-style claim constructions for expiring patents. There are a few other clean-up items, too, but these two changes could go some distance to help patent owners improve their dismal win rate at the PTAB.

Yahoo is sitting on a trove of technology patents that could be worth as much as $4 billion, The Post has learned … The ailing Internet giant, which launched an auction in February to sell its core business, could reap between $3 billion and $4 billion just from the sale of its patent portfolio, according to intellectual property experts.

Excerpt from a story published by the New York Post, April 7

Unfortunately our wins came too late and at too high a price for the company to have a reasonable expectation of building a sustainable licensing business. It became clear that our financial resources were too constrained to see the litigations through damages and appeals to what our team believes would be an ultimate victory … The recent litigation wins in Europe confirmed the potential value inherent in our IP portfolio but also indicated that the amount of cash required to unlock the value through litigation was simply more than the company had. The company’s resources are limited and our ability to add debt is severely challenged.

Unwired Planet CEO Boris Teksler comments on the firm’s plans to sell its patent portfolio to Optis UP Holdings for a sum that could reach $40 million and to leave the patent licensing business in an investor call, April 7

As a patent practitioner the guidelines leave me confused and unclear on what truly is patentable in relation to software, business methods and Information technology. The extensive elaboration and examples provided in the guidelines are all towards what is not patentable. Also, I do not preclude the possibility of another revision of the guidelines where the position might be changed if not reversed.

Let’s assume that Yahoo’s entire portfolio was broken up and sold out onto the open market. What might they get for it? With 9329 assets, we would expect a high asking price around $1.8B. However, on a per issued US patent basis, the asking price would be $605M. We typically discount the seller’s asking price by 35% resulting in street prices between $1.15B and $393M. That is a big spread, but in neither scenario did we get anywhere near $3B.

Extract from a blog post by Kent Richardson of Richardson Oliver Law Group published on the firm’s website, April 14

Extract from Microsoft’s earnings release for the third quarter of its 2016 financial year, April 22 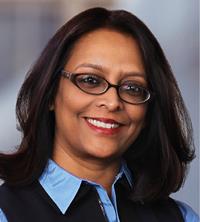