This enforcement action challenges Qualcomm’s unlawful maintenance of a monopoly in baseband processors, semiconductor devices that enable cellular communications in cell phones and other products. Qualcomm has engaged in exclusionary conduct that taxes its competitors’ baseband processor sales, reduces competitors’ ability and incentive to innovate, and raises prices paid by consumers for cell phones and tablets.

Excerpt from lawsuit filed by the Federal Trade Commission against Qualcomm, January 17

Yes, I remain a candidate for the director position and believe that I possess the energy, experience, and ability to “make patents great again” as part of the campaign to “make America great again”. The president seems to be emphasising jobs. I have said often that one key to protect US jobs is to protect the intellectual property that creates and sustains those jobs.

The former chief judge of the Court of Appeals for the Federal Circuit, Randall Rader, confirms he would like to be the director of the US Patent and Trademark Office (USPTO), IAM blog, February 2

RPX Corporation, the leading provider of patent risk and discovery management solutions, today announced that in response to a request of its Board of Directors, John Amster tendered his resignation as the Company’s Chief Executive Officer on February 5, 2017. The Board has named Marty Roberts, the Company’s General Counsel since 2010, as interim CEO effective immediately… The decision of the Board to seek Mr. Amster’s resignation was a result of Mr. Amster’s request that the Board commence a process to sell the Company in a going-private transaction. While the Board, consistent with its fiduciary duties, will review and assess any bona fide proposal, the Board recently conducted a review of the Company’s prospects and opportunities and disagrees with Mr. Amster’s views on this matter. Rather, the Board believes that unrealized potential for the Company’s prospects can be achieved under new leadership and is confident in the Company’s standalone opportunities.

Leaving the EU should mean leaving the jurisdiction of the European courts, but if this proposal is allowed to pass, and we sign up to the Unified Patent Court Agreement, then we will still find ourselves subject to judges at the European Court of Justice in Luxembourg when it comes to intellectual property… We would be required to accept the supremacy of EU law in its entirety with regard to any disputes within the jurisdiction of the UPC, including competition law, fundamental rights arising under the Charter, as well as any specific patent rules contained within EU Directives… How countries protect intellectual property is also often a key issue when negotiating trade deals, so allowing the EU to decide these matters for us will make it much harder for the UK to negotiate the free trade deals we need with big dynamic economies outside Europe… No wonder the Europhiles wanted to pass this into law under the radar, without proper debate. It has the potential to drive a huge stake into the heart of Brexit.

Douglas Carswell, the only member of the British parliament who sits for the pro-Brexit UK Independence Party (UKIP), talking about the United Kingdom’s plan to ratify the Unified Patent Court agreement, quoted by the Daily Express, February 10

Decision of the USPTO Patent Trial and Appeal Board in the eagerly awaited Broad Institute v University of California interference trial, February 15

This gives us a great deal more credibility. A lot of people have looked at this initiative and a number have expressed scepticism saying, “You’ll never get the industry to agree, no one wants to be told how to do licensing.” This demonstrates that this is serious and we’ve given it serious thought and we’re going to do it – there will be standards that come out.

Brian O’Shaughnessy, president of the Licensing Executives Society USA and Canada, reacts to the news that the organisation has been approved as an accredited standards developer for patent licensing, IP brokerage, IP protection in the supply chain, IP valuation and intellectual property in the boardroom by the American National Standards Institute, IAM blog, February 16

We see tremendous untapped value in these technologies, which are part of IV’s broad and diverse portfolio of high-quality IP assets… and we have developed a comprehensive global plan to commercialize these innovations into ground-breaking new products and services. Besides our large global network of licensees and strategic partners, we have unique channels through which we can put the Kodak innovations to work – including our Monument IP Bank subsidiary, the world’s first IP bank for startups.

When you take that great portfolio and marry it to the existing infrastructure and skillset that we felt we have from monetising our own portfolio, we think there’s some really interesting opportunities to drive synergies on the revenue side.

Samir Armaly, executive vice president of IP and licensing at TiVo, discusses the strength of the patent portfolio created by the merger of his old company Rovi and TiVo, IAM blog, March 2

The USPTO responds to a freedom of information request from PatentlyO blogger Dennis Crouch to identify the agency’s director after a period of well over a month during which it had refused to confirm Lee’s continuing tenure, March 10

The Fund also currently intends to seek to sell Excalibur, though the Fund may seek to separately sell certain of the of Excalibur IP assets or to license the Excalibur IP Assets if the Board of Directors of the Fund believes that doing so in the best interests of the Fund’s stockholders.

Yahoo! Form 8k filing discusses the future of the Excalibur patent portfolio, which the company has valued at $740 million, March 13

We believe by setting a price that’s reasonable, it would serve as a reference to other patent holders and to other companies that need to take a license.

Ericsson chief IP officer Gustav Brismark comments on the company’s decision to reveal the headline royalty rates it will charge for use of its standard-essential patents covering 5G technology being used in mobile phone networks – the range being $2.50 to $5 per device, Bloomberg, March 17 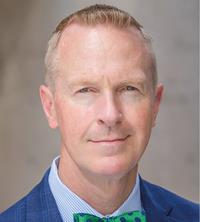