Under PAX, members grant each other royalty-free patent licenses covering Android and Google Applications on qualified devices. This community-driven clearinghouse, developed together with our Android partners, ensures that innovation and consumer choice—not patent threats—will continue to be key drivers of our Android ecosystem. PAX is free to join and open to anyone.

Given changing priorities in tech and IP, it makes sense to move this fund to monetisation now and end the acquisition period. The fund has several thousand valuable assets... It wouldn’t surprise me if, by the end of the year, we’re doing more than one sale a week... There’s a huge market right now for purchasing patents, but there’s not a huge market for the value seen in the aggregation of patents... That’s changed with the current pressure around software patent owners and patent owners generally.

Intellectual Ventures senior vice president of global licensing, Cory Van Arsdale, explains the firm’s decision to end the buying period for its third fund early and to increase the rate at which it divests patent assets, IAM blog, April 4

If the hiring freeze were to apply to the USPTO, America’s inventors would essentially be paying a tax that doesn’t contribute to the operations of the USPTO but is diverted to general government spending. Taxing inventors in this way thwarts innovation and harms the economy. Moreover, restricting the USPTO’s ability to use its user fee collections for the benefit of patent and trademark applicants, including hiring new examiners, will stymie efforts to improve the total patent pendency rate which is currently 25.6 months, down from 27.4 months just two years ago.

Extract from a joint letter to President Donald Trump on the potential impact of a possible hiring freeze at the US Patent and Trademark Office, sent by a number of companies and industry organisations, April 5

Give IV credit for adjusting its strategy ‒ I think it is an intelligent move and reflective of good stewardship on its part. We continue in a significant bear market and a broadly focused buying programme like IV has previously executed is unlikely to turn out well in the current market. It is time to be highly selective as a purchaser and very realistic as a seller.

Uber is officially in the market for patents. Since Uber was founded, we’ve grown from a single product — black cars, at the push of a button — to everything from on-demand carpooling to food delivery. To build the next generation of Uber services, we’re looking for patents to support our expanding business... To that end, following the successful industry IP3 program that Allied Security Trust (AST) launched last year, we are introducing our own patent purchase program called UP3.

Post on the Uber blog written by the company’s head of patent transactions, Kurt Brasch, April 11

The company has taken a long time to develop a foundational, seminal set of patents which is relevant to multi-room streaming music systems... The portfolio is so foundational that you can’t build a wireless multi-room audio system without tripping over it.

We have consistently generated positive cash flow, but we’ve still come to the conclusion as a standalone business it’s just not the right business for a public company... In a public company of our size, you really need a growth story and we weren’t convinced that there was a growth story anymore. If we had the patent portfolio we do now 15 years ago, I think we’d have been a multibillion-dollar company, but in the current environment we just think it has become too difficult.

WiLAN CEO James Skippen explains the firm’s decision to change its name to Quarterfill and downgrade its patent licensing business in favour of becoming an Internet of Things-focused operating company, IAM blog, April 18

IP offices, in particular, are often guilty of talking about IP in overly technical ways that stakeholders and the public do not understand, perpetuating the myth that IP is an arcane branch of knowledge best left to the IP technicians. And this ultimately undermines the good work that many IP offices and experts do, because many people then do not see it as relevant to their lives.

Intertrust Technologies Corporation today announced PatentShield, a novel intellectual property program designed to assist startup companies to defend against patent litigation threats. Administered by Intertrust’s venture organization, PatentShield makes a large selection of patents available via a defensive portfolio that is curated by Intertrust. Startups that join PatentShield can take ownership of patents from this portfolio for defensive purposes in the event that they are sued for patent infringement. In addition, member startups can also benefit from access to IP strategy planning guidance from Intertrust’s world class IP team. Google Inc. joins Intertrust in launching PatentShield as a patent contributor. Intertrust and Google have seeded a large number of patents to establish a diverse and effective collection of patent assets for the PatentShield portfolio

Amit Boni, vice president for sales and marketing at Hyderabad-based mobile phone producer Smartron, explains why his company has an advantage over competitors in the rapidly expanding Indian mobile communications market, Gizmodo India, May 3 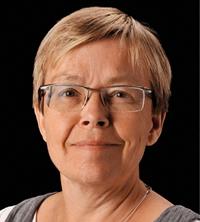