With respect to civil First Instance Case of intellectual property, the number of copyright, trademark and patent cases were 137,267, 37,946 and 16,010 respectively, with an increase of 57.80%, 39.58% and 29.56% over 2016. With respect to the terrestrial distribution of the above IP cases, the number of cases received by courts in Beijing, Shanghai and Guangdong accounted for more than 50% of the overall number across the country.

Today’s proposal strikes a balance between the imperative to ensure the attractiveness of Europe for innovative pharmaceutical companies and the urgency to allow EU based generics and biosimilar to compete on the global markets. This will help create growth and high-skilled jobs in the EU. It could generate €1 billion net additional sales per year and up to 25,000 new jobs over 10 years. It will particularly benefit the many small and medium-sized enterprises in the field. In the medium term, more competition will improve patients’ access to a wider choice of medicines and alleviate public budgets.

Elżbieta Bieńkowska, commissioner for internal market, industry, entrepreneurship and SMEs, on the European Commission’s proposals to introduce an export manufacturing waiver to supplementary protection certificates, 28 May

The Central District of California sees the most trade secret cases (7%), followed by the Southern District of New York (5%) and the District of Illinois (5%).

Extract from a Lex Machina press release announcing the firm’s first-ever study of the US trade secrets litigation landscape, 30 May

NPEs are less confident with litigation given the current legal landscape, and have focused monetisation efforts on increased patent sales rather than litigation while waiting for more consistency in the application of patent laws. Despite many NPEs shedding assets, there are a number of NPEs that have started increasing purchases again (such as Dominion Harbor and Uniloc). In fact, 29 of the NPE sales made in the first quarter were made to 24 other NPEs, signalling some reshuffling of assets and changes among NPE players. Also on the NPE front, Intellectual Ventures continues to shrink, shedding assets in multiple deals and offering even more for sale, including sales to six other NPEs.

A group of executives with experience across patents and finance have launched a company called Operem, which will enable the tokenisation and trading of IP assets. Unveiling the new project exclusively to IAM, CEO Tim Londergan explained why his team believes the distributed ledger technology behind blockchain brings something radically new to the traditional IP exchange model… The idea behind Operem has been in the works for over a year, he said. The company formally launched in January, and in April it closed a Series A funding round with ABAXX Technologies, a blockchain-focused investment fund. Operem will have offices in Seattle, Tokyo and Singapore.

Sisvel has announced two deals with Samsung that confirm the IP management and licensing platform’s continued progress into the top division of the patent monetisation space. Not only has the Korean giant agreed to take a royalty-bearing licence to a portfolio of Wi-Fi patents held by Sisvel subsidiary Hera Wireless, but in an unrelated transaction it has also transferred patents to Enact IP, a special purpose vehicle set up by Sisvel which will license them out as part of its broader Wi-Fi programme.

Simply reading the study and speaking with GIPC’s staff make clear the index has serious biases, flaws and admitted lobbying goals that would first need to be addressed if it is to regain credibility, and before it should be relied upon by lawmakers.

Shawn Ambwami, Unified Patents, on what he believes are serious flaws in the Global IP Center’s IP index, which shows a decline in the standing of the US patent system, IAM blog, 8 June

As the coauthor and namesake of Hatch-Waxman, I have a keen interest in ensuring we have a well-functioning generic drug industry. My amendment will ensure that Hatch-Waxman continues to operate as originally intended by protecting the ability of generic drug companies to develop low-cost drugs while at the same time ensuring brand-name companies have sufficient protections in place to recoup their investments.

Delaware will do better at curbing excessive litigation from PAEs than Texas. It was surprising how cleanly the results came through in terms of how positively Delaware firms’ stock reacted to the decision. Our findings suggest that PAE litigation isn’t going to end as a result of this shift in venues, but it will likely be reduced, and that Delaware is not likely to become a new Eastern District of Texas.

Neel Sukhatme, co-author of “Will Delaware Be Different? An Empirical Study of TC Heartland and the Shift to Defendant Choice of Venue”, the IAM blog, 15 June

We see intellectual property as a catalyst for new start-ups, SMEs and economic growth in Europe and this is why we are providing funding with early stage research programs for the benefit of the European SME eco-system… As compared to prior generations of mobile, we expect 5G technology to provide an even broader set of opportunities for SMEs to develop new business models and bring to market new products and services.

The Linux Foundation, the nonprofit organization enabling mass innovation through open source, announces Tencent has become the latest Platinum member of the foundation. Tencent is a leading provider of Internet value added services in China, offering some of China’s most popular websites, apps and services including QQ, Qzone, Tencent Cloud and Weixin/WeChat.

Huawei won’t seek to squeeze other companies or society as a whole. That means we will stick to the FRAND principle and make every effort to reduce licensing fees for 5G patents. We advocate that 5G patent holders should ensure their cumulative licensing rates are lower and more transparent than 4G. And we are working hard to make this a reality.

I’m delighted to start my role as President of the EPO, an organisation already respected greatly for the services that it offers. The EPO is undoubtedly a success story and we want to build upon that by assessing with our staff and stakeholders if improvements can be made. That means working to ensure that the Office will not only be efficient, but also effective in delivering high quality patents to our users to support Europe’s innovation sector.

Statement from new EPO President António Campinos, issued on his first day in the job, 2 July 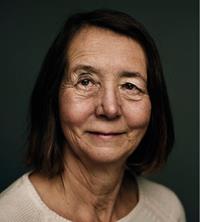