The Commission calls on SDOs and SEP holders to develop effective solutions to facilitate the licensing of a large number of implementers in the IoT environment (especially SMEs), via patent pools or other licensing platforms while offering sufficient transparency and predictability. The Commission will monitor licensing practices, in particular in the IoT sector. It will also set up an expert group with the view to deepening expertise on industry licensing practices, sound IP valuation and FRAND determination.

An excerpt from the European Commission’s new Communication on the Licensing of Standard-Essential Patents, November 29

Some people have held out that they’re working on it but from what I can tell these assets have been kind of sitting on the shelf while the Verizon transaction was front and centre for Yahoo!. It’s really kind of a re-start from my perspective.

Paul Reidy, the new president of Excalibur IP, talks to the IAM blog about his new role monetising a large portfolio of former Yahoo! patents, December 7

Avanci, the platform headed by former Ericsson CIPO Kasim Alfalahi focused on licensing wireless technology into different verticals in the Internet of Things (IoT), has published its royalty rates for car companies. Licensees will be expected to pay between $3 and $15 per car depending on the level of wireless technology in the vehicle. The news comes a little over a week since Avanci announced that German car giant BMW had signed up as its first licensee.

We agree with patent owner that an “IPR is an adjudicatory proceeding of a federal agency from which state entities are immune”. Nevertheless, we determine, for the reasons discussed below, that patent owner has waived its Eleventh Amendment immunity by filing an action in federal court alleging infringement of the patent being challenged in this proceeding.

An expanded panel of Patent Trial and Appeal Board (PTAB) judges issues a key ruling in the application of sovereign immunity in inter partes reviews in Ericsson v Regents of the University of Minnesota, December 19

Nokia today announced that it has signed a multi-year patent licence agreement with Huawei. While details of the license agreement remain confidential, Nokia will follow its existing practices for disclosing patent licensing revenue in its quarterly reports and expects that revenue for the agreement will begin to be recognised in the fourth quarter of 2017, including an element of non-recurring catch-up revenue, with additional revenues expected during the term of the agreement.

There is little doubt that this is a low result, and not a good outcome for SEP holders. It may reinforce the perception that, for cellular standards technologies, the US courts remain the friend of the implementer.

Richard Vary of Bird & Bird reacts to a key SEP licensing decision issued by a court in the Central District of California in TCL v Ericsson, December 28

Non-practising entity (NPE) litigation filings in 2017 continued an erratic and downward slide from their peak in 2011. In the fourth quarter, NPEs added 521 new defendants to their lawsuits – slightly up, but still in line with previous quarters – and the year finished with around 2,000 defendants added by NPEs, a decrease of about 27% over last year. Operating companies, meanwhile, added 344 new defendants to patent suits in the fourth quarter of 2017, the slowest pace since 2003.

As a final note, we caution counsel for the Tribe that failure to comply with an applicable rule or order, abuse of discovery, and abuse of process are all grounds for sanctions. We strongly advise counsel for the Tribe to review our rules and caution that any further actions that demonstrate a disregard for our process will not be tolerated.

The PTAB responds after lawyers for the Saint Regis Mohawk Tribe filed a request for additional discovery, including additional information on the PTAB’s practice of expanding panels of judges deciding a case, January 4

In a filing with the Securities and Exchange Commission, Marathon announces a new, temporary CEO following the departure of Doug Croxall, January 8

For the past 25 years, IBM’s patent leadership has changed the way the world works with advancements critical to the modern era of computing. Today, nearly half of our patents are pioneering advancements in AI, cloud computing cybersecurity, blockchain and quantum computing – and all are aimed at helping our client create smarter businesses.

IBM chairman and CEO Gini Rometty, comments on the news that Big Blue received a record 9,043 patents in 2017, January 9

In this litigation, Apple is seeking to avoid paying fair value for Qualcomm’s intellectual property, rejecting terms that are well established in the industry. Apple has often used such litigation to try to renegotiate with its suppliers, and Qualcomm has taken legal action to enforce our contracts. While the legal process takes time, we believe we will successfully defend our licensing programs, as we have done in the past.

In a letter to shareholders Qualcomm asserts its confidence of victory in its long-running dispute with Apple, January 16

President Trump signals in an interview to Reuters that the US government is preparing to get tough on Chinese trade practices after accusations that authorities in China have forced US businesses to give up some of their intellectual property as a cost of doing business in the country, January 17

We’re pleased to enter into a patent cross-license with Tencent. By working together on agreements such as this, tech companies can focus on building better products and services for their users.

Google head of patents Mike Lee on a groundbreaking deal between the search giant and Chinese tech leader Tencent. As part of the deal the two companies pledged to work together on future projects, January 18 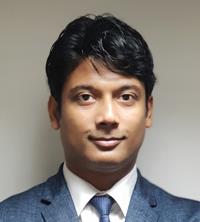