Each January this blog identifies the IP personalities of the year just passed and reflects on the impact they have had on the IP eco-system. Not everybody on that list will be popular among our readers, but there is no doubting that the landscape has changed in some way over the previous 12 months because of their place in it.  The impression that these individuals leave, however, may not stand the test of time; and that is where they differ greatly from our IP Hall of Fame inductees.

The IP Hall of Fame was established a decade ago to enable the global IP community to recognise and honour those people who have had a significant role in shaping the IP landscape. Through their work as legislators, deal-makers, educators, business executives, lawyers, judges or campaigners, these individuals have enabled IP to become the driving force that it is today.

So, just as we do every year, we are now turning to our readers for nominations of individuals who they believe are worthy of induction alongside the likes of Marshall Phelps, Robin Jacob, David Kappos and Pauline Newman – to name but a few of our esteemed inductees.  Please head to our nomination form through which you can make as many nominations as you so wish.

As ever, self-nominations, or those deemed by the IAM editorial team as purely for promotional purposes, will not be considered. All valid nominations will, however, be collated once the process closes on March 4th and sent to the IP Hall of Fame Academy for consideration.  Comprising past inductees and IP thought leaders, each member of the Academy is given five votes.  The candidates who receive the most votes will be our inductees for 2016.

Nominees can work in any field and can be living or deceased.

The names of the inductees for 2016 will be made public in April. They will be honoured in a ceremony held during the IPBC Global in Barcelona this June. 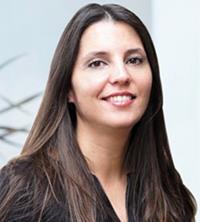