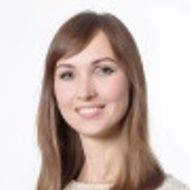 Joint ownership of exclusive rights to a trademark is increasingly important for co-owners of businesses, yet it is still generally not possible to make this arrangement under the national procedure in Russia. Recent Russian court rulings (including those of the Supreme Court), as well as positions taken by the Russia Patent and Trademark Office (Rospatent), have brought into focus many of the ambiguities and difficulties in the country’s legislation that hamper the possibility for joint trademark ownership in Russia.

The need for joint trademark ownership rights has evolved with progressively complicated methods of organising business activities. The formation of holdings, consortia and other types of collective business association has created the need to secure IP rights for joint use.

Provisions of the Russian Civil Code focus on issues related to the joint ownership of the results of IP activity, stating that the exclusive right to an IP asset can be jointly owned by several parties. However, the rules addressing this issue follow general standards – they do not contain any provisions that specifically confirm the possibility of joint ownership of exclusive rights to a trademark. There are no provisions that allow the filing of a trademark registration application on behalf of several applicants, nor are there rules under which a trademark certificate can indicate several trademark owners in the State Trademark Register. The only exception is a collective mark that is owned by an association, collective organisation or union of parties, which must have a charter and meet other burdensome conditions.This is one of the reasons Rospatent currently rejects applications for trademark registration if several parties are designated as applicants. Its position is also based on the view that granting the exclusive rights to a mark to more than one party conflicts with the essence of its exclusivity and therefore its function of identifying the goods and services of legal entities or sole owners. However, there is one exception to Rospatent’s practice – joint ownership of the exclusive right to a mark is currently available to Madrid Рrotocol applicants with respect to international registrations of marks only.

Rospatent has been supported by the Supreme Court of the Russian Federation. One recent example is Case A40-210165/2016. Les Publications Conde Nast SA and Open Joint Stock Company Synergy Capital requested that the Commercial Court of Moscow overrule the Federal Service for Intellectual Property’s decision, in which it had refused to register the assignment of 50% of the exclusive rights to VOGUE trademarks under a joint-use agreement. However, the Commercial Court dismissed the claims in a ruling dated 17 April 2017. A resolution of the Ninth Commercial Court of Appeal (6 September 2017) upheld the ruling.

Les Publications Conde Nast SA and Open Joint Stock Company Synergy Capital then filed a cassation appeal to the IP Court, referring to the fact that the first-instance and appellate courts had misinterpreted Article 1229 of the Russian Civil Code, which, according to the applicants, provided for the joint ownership of the exclusive rights to the result of an intellectual activity (among other things) with regard to a trademark.

When arguing their position in the hearing, the applicants claimed that the courts had not applied the rules of the international treaties that Russia had signed, which allow the joint ownership of the exclusive rights to a trademark. Further, the applicants pointed out that joint trademark ownership was provided for by the settlement agreement approved by the Resolution of Presidium of the IP Court in Case SIP-248/2014 (2 Oct 2015), under which the parties had agreed on joint ownership of Russian Trademarks 295229 and 433377 and of International Registrations 929433 and 430952. They also argued that the International Bureau of WIPO had established the treatment of joint ownership with regard to International Registration 430952 and – in the absence of a Rospatent objection – legal protection of this trademark in Russia had already been granted to the applicants.

On this basis, the IP Court invalidated Rospatent’s decision, which had rejected the registration of the assignment of 50% of the exclusive rights to the trademarks.

However, the Supreme Court did not uphold the IP Court’s decision. It stated that under the Russian Civil Code, the exclusive right to an IP asset (except for the trade name) may be jointly owned by several parties. However, the Supreme Court maintained that this is only a general rule. Pursuant to subordinate statutes, trademarks are in fact divided into two categories only: individual and collective marks, depending on the composition of the owners. A collective mark applies to a trademark or service mark that designates an association, collective organisation or union of parties. The Russian Civil Code provides for no other type of joint trademark ownership.

Russia is a member of several international treaties that allow for the joint ownership of the exclusive right to a trademark. However, these treaties do not specifically ordain that member countries grant legal protection to trademarks in the name of several parties simultaneously. In addition, under the Paris Convention 1883, the conditions for the filing and registration of trademarks are to be determined in each country of the union by the respective domestic legislation.

Therefore, according to the current Russian law and practice, a national trademark registration cannot be made in the name of several parties (collective marks are an exception). However, this may remain an open issue as it discriminates against applicants under the Russian national procedure with regard to the Madrid Protocol procedure.