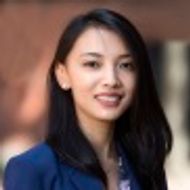 Members of standards development organisations (SDOs) contribute patented technology that is, or may be, essential to a technical standard, and thus incur certain obligations specified by the SDO’s policies.  In general, SDO members must declare that they are prepared to grant irrevocable licences to SEPs on FRAND terms and conditions.

In SEP litigation, standard implementers often claim that royalty stacking is a prevailing problem. Further, they claim that an individual licensor legally causes that problem, thereby violating its FRAND obligations (eg, Apple’s complaint against Qualcomm (3:17-cv-00108-GPC-NLS, SDCal, 20 January 2017)). Implementers argue that because they have to pay a separate royalty to each SEP holder, the sum of these royalties is too high. This article defines ‘royalty stacking’ and explains the senses in which it is (and is not) a problem.

First, issues with royalty stacking do not arise because the royalty stack is too high, nor because the payments for patent rights constitute a large fraction of an implementer’s sales price or profit margin. Essential technology is an economic input just like any other – it costs what it costs. An implementer who uses essential, patented technology must account for the cost of such rights when setting its price, just as it does for other inputs. Nothing prevents an implementer from charging a price sufficient to cover its total costs, which includes the cost of SEPs. The question is, what is the right price for an SEP?

As profit maximisers (and therefore cost minimisers), implementers may claim that any royalty is too high and that a cost increase (relative to their budgeted benchmark, which is often zero) is unaffordable and therefore unfair. This complaint is levelled at individual SEP licensors and at licensors, collectively. But, as an example, if an increase in input costs simply wiped out an industry’s profits, no airline could have survived increases in oil prices. Airlines thrive today, in part by passing changes in the cost of jet fuel on to consumers. Similarly, handset manufacturers and other SEP implementers must be assumed to set prices that cover the cost of their SEP inputs – costs that, by definition, are (or ought to be) borne by all competitors (Douglas Dynamics, LLC v Buyers Products Co (717 F 3d 1336, 1346)).  (Importantly, patent royalties are not a cost increase, except relative to a distorted world in which an implementer has previously avoided such costs and thus charged a downward-biased price.) Once the implementer takes into account its true costs, the resulting price will be the true (or efficient) one. This basic relationship holds, whether the royalty stack is, in some sense, large or small.

In contrast, the true royalty stacking problem is a complement coordination problem among SEP licensors. Absent coordination, each licensor does not take into account the effect of its royalty on the royalties received by other licensors (a negative externality). As a result, sales of the licensed product – and thus the sum of royalties paid on those sales – are too low, not too high. For example, if one licensor charges a 5% royalty, and another charges a 5% royalty, then the royalty stack is 10%. On sales of $1,000 (made by the licensee at the optimal price, taking account of its 10% royalty stack), the licensors receive $100. As individual profit maximisers, each licensor takes the other’s rate as given in setting its own rate. But if they could coordinate, they might choose a different, lower royalty stack. For example, if two licensors were to merge into a single licensor, then (under certain supply-and-demand conditions) they might reduce the price of their patents, say to 9% – the joint optimum. This change in turn would reduce the licensee’s cost, leading to a new optimal price, and thus increase its sales to (say) $1,200. Here, the increase in the royalty base may be more than enough to offset the reduction in the royalty stack, so total royalty payments increase to $108 (eg, 9% x $1,200) (the licensee also prefers this outcome, because its revenue increases more than its royalty costs). The inability of uncoordinated licensors to achieve this coordinated outcome constitutes the true royalty stacking problem.

The second part of this article will discuss the obstacles to proving the existence of a royalty stacking problem, the difficulties with obtaining a remedy from any individual court against any individual party and the net effect on industry participants of moving to a coordinated equilibrium.