We find that patent approvals help startups create jobs, grow their sales, innovate, and reward their investors. Exogenous delays in the patent examination process significantly reduce firm growth, job creation, and innovation, even when a firm’s patent application is eventually approved. Our results suggest that patents act as a catalyst that sets startups on a growth path by facilitating their access to capital. Proposals for patent reform shaould consider these benefits of patents alongside their potential costs.

Extract from research paper The Bright Side of Patents, written by Joan Farre-Mensa, Deepak Hegda and Alexander Ljungqvist, published January 26

We chose Rovi as a partner because of its world-class licensing program and valuable patent portfolio, which is well established within the media and entertainment market … By bringing our patent portfolios together, we’ve created one of the most robust entertainment and media patent portfolios available anywhere in the world. This gives us an unparalleled opportunity to help drive further innovation for our joint customers in the rapidly growing OTT industry.

Extract from a Nokia press release announcing a final and binding decision from the International Court of Arbitration of the International Chamber of Commerce in a dispute with Samsung relating to ongoing royalty payments to be made by the Korean company, February 1

We are extremely pleased with the jury verdict … The jury agreed once again that Apple has been using the technology developed by our inventors.

VirnetX CEO and president Kendall Larsen reacts to the decision of an Eastern District of Texas jury to award the firm $625.6 million after finding that Apple’s VPN On Demand, iMessage and FaceTime products infringe four VirnetX patents, February 4

Our license agreement with IGT affirms the importance of BlackBerry’s innovative and foundational power-charging patents … With this agreement in place, IGT can incorporate convenient power charging solutions in its new gaming products, to the benefit of its customers and partners everywhere.

Mark Kokes, BlackBerry’s vice president of intellectual property and licensing, comments on a royalty-bearing licensing deal struck with International Game Technology Plc on the same day that a deal with Canon was also announced under which the Japanese company will license certain BlackBerry patent covering power charging technology, February 12

WiLAN Inc … one of the patent licensing industry’s largest and most successful firms, and Dominion Harbor Group … today announced the formation of a partnership pursuant to which DHG will acquire certain patents from WiLAN. The initial portfolio, consisting of fewer than 100 patent families, will be managed by DHG’s affiliate, the Monument Bank of Intellectual Property, for investment in promising young startup companies.

Excerpt from a WiLAN press release issued on February 23

We have enormous respect for Uniloc, its management and its intellectual property … Uniloc and Marathon share a common vision of data-driven success in patent licensing. While the timing might not have worked at this juncture, we will remain in contact with Uniloc and its executive team about future possibilities.

Doug Croxall, chairman and CEO of Marathon, comments on the termination of a proposed merger with Uniloc, February 23

The current Director General, Francis Gurry, is an Australian who started working at WIPO over thirty years ago and knows the system well. During my tenure I witnessed how a lack of any effective oversight frequently led to reckless decisions, often reflecting a disregard for the legitimate interests of the U.S. There are many examples I could provide, but here I will focus on three: his gift of high-end computer equipment to North Korea, his secret agreements with Russia and China to open satellite WIPO offices, and his relentless retaliation against whistleblowers who dared to come forward with the truth.

“We are working feverishly and I do expect the report to issue this spring.”

Federal Trade Commission chairwoman Edith Ramirez provides an update to the US Senate’s Sub-committee on Antitrust, Competition Policy and Consumer Rights on the progress of a keenly anticipated report on patent assertion entities, March 9

ARC Acquisition Company … Uniloc Luxembourg S.A…. is pleased to announce its communication to the Board of Directors of Acacia Research Corporation … last week of an offer to acquire all the outstanding shares of the Company at a price of $3.72 per share, which is a 5% premium to Friday’s closing price of $3.53 per share and represents a market capitalization of approximately $189 million.

With the assistance of its outside financial advisor, the Board considered ARC’s proposal, which provided a premium of only 5% over the Company’s unaffected trading price on March 11, 2016 and determined that the proposal was inadequate.

Extract from a press release issued by Acacia, March 17

The Company has been investing substantial sums in “growth” projects that appear to have little chance of ever being profitable. Based on our conversations with management, we believe that there is the equivalent of approximately 20 full time employees dedicated to insurance-related efforts. We also estimate that there is the equivalent of another 20 full-time employees dedicated to other speculative projects such as creating a B2B marketplace or clearinghouse for patents. Based on the average compensation of employees at the Company, these pet projects cost shareholders approximately $16 million annually. We note that the Company has been discussing many of these projects for the past five years, yet we believe they produce minimal revenues.

Part of a highly critical letter written to the RPX board by activist shareholder Mangrove Partners in which it demands major strategic changes and the replacement of CEO John Amster, March 17 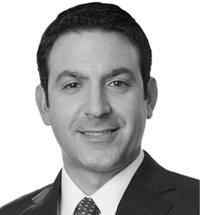