Revised rules of procedure of the Boards of Appeal 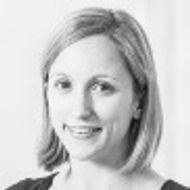 On 1 January 2020 the new Rules of Procedure of the Boards of Appeal will come into force. Key changes include revisions to the admissibility of amendments to a party’s case and the new convergent approach.

What is changing and why?

In general, the scope of any appeal will be limited to a judicial review of the contested decision, with amendments increasingly difficult throughout the appeal process. The intention is that the new rules will help to increase efficiency, harmonisation and predictability while maintaining the quality of decisions issued by the boards.

Appeals are, and always have been, reviews of the contested decision. However, there has been a perceived divergence in the application of the Rules of Procedure between boards in terms of reaction to changes to a party’s case, as well as what constitutes an amendment. The new rules are more prescriptive for certain key aspects of procedure and are intended to bring about a consistent and predictable approach across the boards, particularly with regard to amendments. Under the new rules it will be more difficult for parties to get amendments admitted during the appeal proceedings, with the boards having the discretion not to admit any part of a submission that does not meet the requirements of the new rules.

Under Article 12(1) of these rules, appeals are based on the decision and minutes of the first-instance oral proceedings as well as the notice and grounds of appeal and any reply to the appeal – this is a move away from the previous view that an appeal includes all earlier party submissions. Another key change is that new arguments cannot be introduced at the appeal stage – arguments can be a development of those from first instance, but there should be no change in a party’s case.

However, it will be necessary to await the development of case law to see exactly how the new rules will be implemented, particularly with regard to the changes concerning amendments to a case (eg, to determine fully what constitutes a new argument).

A ‘convergent approach’ has been outlined in Articles 12 and 13, such that amendments to a party’s case after the filing of the grounds of appeal/reply have become increasingly difficult. The onus is now on parties to provide justification and reasons for the amendment with absolute discretion to admit the amendments lying with the boards.

Under Article 13(1), discretion is exercised in view of the state of proceedings, the suitability of the amendments to resolve the outstanding issues, the need for procedural economy and, in the case of application/patent amendments, whether these amendments prima facie overcome the issues raised and do not give rise to new objections, among other things. Moreover, after summons to a hearing, amendments will not in principle be taken into account unless there are exceptional circumstances. With many boards issuing a summons approximately a year in advance of the oral proceedings and before providing their preliminary opinion, a party’s ability to amend its case has been severely restricted.

What about the boards?

The boards will publish a list of cases for the coming year (Article 1(2)) to allow better workload planning and alert parties that their case may be heard and/or a decision may be issued (although the list is non-binding and subject to change). Further aspects to help with managing individual cases are being introduced, including the issuance of a compulsory communication prior to the hearing, setting out points of particular significance that parties should be prepared to discuss, which may include a preliminary opinion (Article 15(1)). Connected cases may also be heard directly one after the other to enable efficient handling of similar subject matter.

What effect will the changes have?

Bar two transitional provisions, the new rules will apply to all appeal cases.
The impact of the new rules is likely to stretch back to first-instance proceedings, resulting in the frontloading of the case. Therefore, it will be important to invest fully in cases at first instance to ensure that they are presented as completely as possible with all arguments, evidence, facts and requests on file before the end of the procedure before the examining/opposition division.

In addition, in view of the potential importance of minutes and decisions from first-instance proceedings, these will need to be checked carefully to ensure that they cover all the relevant details discussed at first instance.

At the appeal stage, submissions should expressly specify all requests, facts, objections, arguments and evidence relied upon, being clear and complete at the outset. If an amendment to an appeal case is necessary, then parties must provide thorough reasons for this and justify why it is being filed now, rather than earlier on in the process. And if this amendment happens at an advanced stage in the appeal (ie, after the summons to oral proceedings), the expectation is that any change to the case will be very difficult indeed.

It would be wise to consider the status of pending appeal cases before year end to determine whether amendment of the case may be desirable. Parties adversely affected by a first-instance decision might also consider filing their grounds of appeal (or reply thereto) before the new rules come into force.