The research process for the IAM Strategy 300 2016 launches today

It is now a year since the IAM Strategy 300 was expanded to include not only those third-party advisers working with IP owners to develop ways to deploy IP strategically to create value, but also individuals working inside operating companies. The response from the IP community to our call for nominations was fantastic: without doubt the 2015 edition of the IAM Strategy 300 features a great many of those leading the way in the creation of IP value. However, we are sure there are still some individuals out there worthy of inclusion who are yet to come to IAM’s attention. And that is where you, our readers, come in, as IAM once again opens up the 300 nomination process and asks that you put forward anyone not currently featured in the publication who you consider to be a world-class IP strategist.

As each listed person in the 2015 edition of the IAM Strategy 300 was selected by the IAM editorial team, and things do not change that much in a year, all those still eligible (ie, they continue to work in IP) will feature in the 2016 edition. What we are now looking for is nominations for anyone who you believe should join them. And remember: candidates can come from operating companies, non-operating companies, law firms, research institutions, universities, and indeed anywhere that intellectual property is seen and/or used as a strategic asset.

If you would like to nominate individuals for potential inclusion in the IAM Strategy 300, please visit our nomination website at: http://research.globebmg.com/nomination/strategy300-2016

The minimum requirement for inclusion in the guide is three nominations from outside the individual’s own organisation. Those who meet this criterion will be included on a long-list and given the opportunity to submit any background information that they feel could support their nomination. Following feedback from past entrants in the guide, we will now be offering nominators the opportunity to submit references for their candidates at this initial nomination stage of the process, rather than once the candidate has made it on to the longlist. Using all of this information, the IAM research team will then select the individuals for inclusion in the IAM Strategy 300 2016.

Self-nominations and nominations from individuals working in the same organisation as the nominee will not be accepted.

The nomination process closes on Monday November 30 2015. We look forward to receiving your nominations; if you have any questions about eligibility or the research process in the meantime, please contact [email protected]. 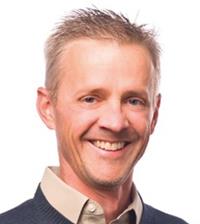