India's patent law provides for both pre-grant and post-grant opposition. This provides efficient and effective tool for parties interested in preventing or revoking the grant of a non-meritorious patent in an economical and swift manner.

William Blake once said: “Opposition is true friendship.” His statement seems quite apposite to patent opposition processes, wherein public concerns regarding the applicability of an invention for society at large eventually become pertinent.

The patent laws of jurisdictions around the world provide opposition and litigation proceedings by which a patent can be invalidated; these are usually administrative processes for formally challenging a pending patent application or the validity of a granted patent. The Indian opposition process offers a procedural method for opposing the grant of a patent right within a prescribed timeframe, as defined under the Patents Act 1970, which adopted the recommendations of the Ayyangar Committee Report to allow only process patents relating to drugs, medicines, food and chemicals.

Thanks to this exclusion of product patents, Indian generic industries developed remarkably quickly until 2005, when Indian patent law underwent extensive changes in order to comply with the obligations of the Agreement on Trade-Related Aspects of Intellectual Property Rights (TRIPs) and World Trade Organisation membership. After 2005, amendments that allowed product patents for pharmaceuticals and agrochemicals – as well as the decisive move towards evergreening and incremental innovation evident in Section 3(d) of the Patents Act – have had a still greater impact on the patent system. These remarkable changes have been the outcome of agreements under TRIPs, the Paris Convention, the Patent Cooperation Treaty and the Budapest Treaty to give optimum protection for the enforcement of IP rights.

Opposition process in the Indian system

Based on the 2016 amendments to the patent rules, any person can instigate a pre-grant opposition after the publication of an application and before the grant, using Form 7A, with no official fee. The procedural steps consist of filing a written representation to the controller general of patents, including a statement and evidence, along with a request for a hearing, if desired; a copy must also be given to the applicant. The applicant has three months from the date of receiving notice from the controller to file a reply to the representation. Based on the submissions and after hearing both parties, or ex parte, the controller:

Post-grant oppositions may be filed by any interested person as defined under Section 2(t) of the Patents Act, within one year from the date of publication of grant, using Form 7 and on payment of the prescribed official fee. The notice of opposition must indicate:

The decision of the controller regarding a pre-grant or post-grant opposition can be appealed to the Intellectual Property Appellate Board (IPAB) within three months of the date of the decision. However, if a patent is granted by the controller after refusing a pre-grant opposition, the only remedy available to the opponent against such an order is filing a writ petition under the Indian Constitution.

Although the Patents Act provides 11 different grounds for opposition, the grounds which are used most often by opponents are:

As the annual report of the Office of the Controller General of Patents, Designs, Trademarks and Geographical Indications shows, 44,068 patent applications were published in the 2015 to 2016 reporting period, while only 290 pre-grant oppositions were filed, constituting about 0.69% of the published applications. This is interesting, since the statistics for the 2009 to 2010 reporting period onward show an arbitrary growth of 0.46%, 0.47%, 0.69%, 1.06%, 0.98%, 0.91% and 0.69%, respectively. The report also states that 88 pre-grant oppositions were disposed of during the year, which is again a welcome step in terms of speedy disposal by the Patent Office. Similarly, 60 post-grant oppositions were filed, of which 10 were disposed of, while 160 cases remained under consideration.

A look at the data available on the Patent Office’s online database reveals that the major grounds under consideration for both pre-grant and post-grant opposition are lack of novelty and lack of inventive step. However, the procedural grounds of opposition regarding non-compliance with requirements under Section 8 of the Patents Act have also been used extensively, especially following Chemtura Corporation v Union of India, wherein the Delhi High Court specified the obligation to inform the controller of the status of corresponding applications. In the pharmaceutical field, the grounds of patent-ineligible subject matter have been used extensively, especially regarding the subject matter excluded under Section 3(d) of the Patents Act.

It also seems that the majority of oppositions have been filed in the pharmaceutical industry so far, although other industries have started taking advantage of the provisions. While pre-grant opposition primarily acts as a business strategy for parties to oppose the grant of unjustified or non-meritorious protective rights, an opponent should consider additional aspects before filing post-grant opposition. While a pre-grant opposition would generally centre on the validity of the invention and its grant, in a post-grant opposition the question of infringement can be raised by the patentee by instituting infringement proceedings. The use of such a remedy by the patentee may eventually move the case from opposition to litigation proceedings, in which the stakes are higher.

The increase in patent filing in India can be attributed to the revolution that occurred on January 1 2005 when India signed the TRIPs agreement; accordingly, Section 25 of the Patents Act has been amended to introduce an ‘integrated’ system for both pre-grant and post-grant opposition.

A broad analysis of some basic trends in the strategies of the generic pharmaceutical industry in filing such oppositions illustrates that the highest number of oppositions are filed against the patent applications and patents related to drugs used in chronic diseases or conditions, such as cancer, HIV or cardiovascular diseases. The two-stage patent opposition process has particularly affected the pharmaceutical industry, since patent applicants are now vulnerable to multiple oppositions filed by competitors in the same application or patent – or even by a single competitor, since there is nothing to stop a party which has filed a pre-grant opposition from subsequently filing a post-grant opposition.

Some of the issues which are relevant during oppositions were eventually clarified by the IPAB, to which the decisions of the controller general of patents are appealed. Petitions for the revocation of a patent are also filed before the IPAB. One important factor to be considered when filing a post-grant opposition is that the opponent should be an interested person as defined under Section 2(1)(t) of the Patents Act, which was clarified by the IPAB in Enercon (India) Limited v Aloys Wobben (ORA/6/2009/PT/CH). In clarifying the definition of an ‘interested person’, which “includes a person engaged in, or in promoting research in the same field as that to which the invention relates”, the IPAB added the commercial interests of a party, which may be prejudiced when a patent is granted or maintained.

Regarding the procedure of post-grant opposition, in M/s Diamcad NV v Assistant Controller of Patents and Designs (OA/4/2009/PT/CH) the IPAB clarified that the recommendations of the opposition board are not only for the controller, but should be made available to both the patentee and the opponent before the hearing.

Meaning of efficacy in Section 3(d)

Section 3(d) of the Patents Act proscribes patentability of the mere discovery of a new form of a known substance which does not result in the enhancement of the known efficacy of that substance. In Novartis AG v Union of India (Civil Appeals 2706 to 2716 of 2013) the Supreme Court of India clarified that the term ‘efficacy’ must be seen with respect to the intended use of the product. Accordingly, for an invention related to a drug, efficacy must be considered as therapeutic efficacy.

In the famous F Hoffmann-La Roche Ltd v Cipla Ltd (RFA(OS) 92/2012) regarding the infringement and invalidity of Patent 196774 for the anti-cancer drug erlotinib, the court clarified that a purposive motive should be shown to bridge the gap between the prior art and the claimed invention while assessing inventive step, and that an arbitrary approach is not allowed.

The two-tier system and procedures provided under the Patents Act are time specific and comparatively speedy and economic. The importance of opposition has increased as an efficient and effective tool for parties interested in either stopping a non-meritorious patent application from being granted or revoking a patent in an economical and swift manner.

However, it is also not uncommon for multiple oppositions to be filed by competitors; accordingly, handling such multiple oppositions in the same matter adds to the workload of the Patent Office and delays procedures. In the past two years, various significant measures have been taken to increase transparency in this regard and it is expected that more steps will follow that will make opposition proceedings still more transparent. 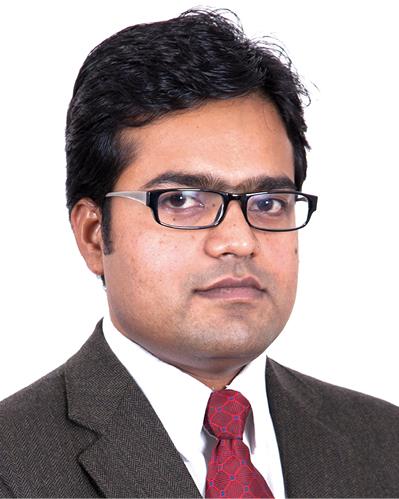 Rajeev Kumar is a partner in the patents team at LexOrbis. He holds a master’s degree in pharmaceutical science and has extensive experience in all aspects of patent practice. His particular practice area includes drafting, prosecutions, oppositions, litigation, writing legal opinions and advising clients – particularly in the fields of chemical, pharmaceutical, biotechnological and oil and gas inventions. He has written several articles on patent law and practice. 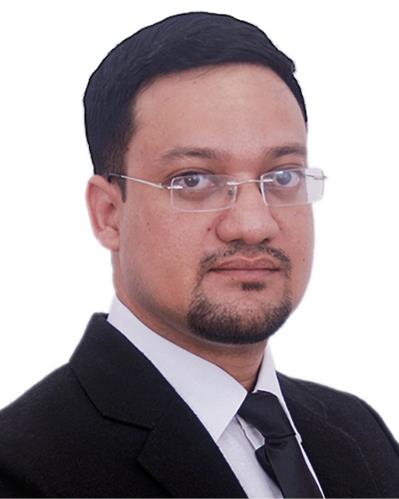 Pankaj Musyuni is a managing associate at LexOrbis. He is a patent agent and holds a bachelor’s degree in law and a master’s degree in pharmaceutical science and management. He has in-depth knowledge of the patent law and regulatory framework and extensive experience in patent filing, drafting, prosecution and advisory matters – especially pertaining to the fields of chemicals, pharmaceuticals and start-ups. He has authored several articles and delivered talks at various forums on patent law practice, the regulatory landscape and clinical research.