Protection of GUIs under the Designs Act 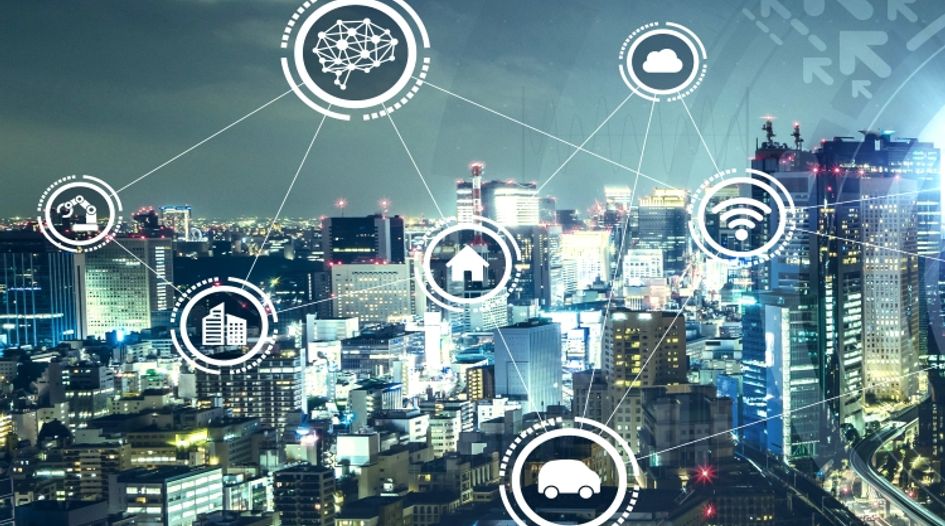 Graphical user interfaces (GUIs) are interfaces that allow users to interact and exchange information with electronic devices. Since GUIs are increasingly key to success in the market for software products, their protection has become more important than ever.

Graphical user interfaces (GUIs), commonly referred to as screen displays, are interfaces that allow users to interact and exchange information with electronic devices. Since GUIs are increasingly key to success in the market for software products, protecting them has become more important than ever. However, there are concerns over whether existing design laws are sufficient to allow for the registration of GUIs. There are also concerns over the manner in which an application for GUI registration should be submitted in order to obtain adequate protection. While some jurisdictions have addressed these concerns with changes to their national design legislation, in many countries, including India, the registration of GUIs as designs remains uncertain.

The Locarno Classification provides for the registration of GUIs under Class 14-04 (‘screen displays and icons’).

It would thus appear that from both a legislative and policy perspective, intent exists in India to grant design registrations to GUIs.

Position of the Indian Design Office

Regrettably, the Indian Design Office does not share the same enthusiasm for such designs and has been reluctant to register them. Until 2009, there were a few cases of icons and screen displays by Microsoft that were registered under Class 14-99 (‘miscellaneous’). However, since then the Indian Design Office has taken the position that GUIs do not qualify as designs under Section 2(a) and 2(d) of the Designs Act, and hence are not eligible for design protection.

In a 2014 order for a design application filed by Amazon under Class 14-02 of the Design Act entitled “Graphic user interface for providing supplemental information of a digital work to a display screen” (Application 240305), the controller of designs held that GUIs do not qualify for design registration in view of the definitions of ‘article’ and ‘design’ under Sections 2(a) and 2(d) of the Designs Act.

Section 2(a) defines an ‘article’ as “any article of manufacture and any substance, artificial, or partly artificial and partly natural; [including] any part of an article capable of being made and sold separately”.

‘Design’ means only the features of shape, configuration, pattern, ornament or composition of lines or colours applied to any article whether in two dimensional or three dimensional or in both forms, by any industrial process or means, whether manual, mechanical or chemical, separate or combined, which in the finished article appeal to and are judged solely by the eye; but does not include any mode or principle of construction or anything which is in substance a mere mechanical device, and does not include any trade mark as defined in clause (v) of sub-section (1) of section 2 of the Trade and Merchandise Marks Act, 1958 or property mark as defined in section 479 of the Indian Penal Code or any artistic work as defined in clause (c) of section 2 of the Copyright Act, 1957.

The controller of designs, while refusing Amazon’s application, made the following critical observations:

The key reasoning of the controller of designs was that there is no “consistent” or permanent application of the design; indeed, the design is “non-existent” as soon as the computer device is switched off. Therefore a GUI fails to meet the requirements of the Design Act.

As no appeal appears to have been filed against this decision, the Indian courts have not had the opportunity to address this issue. Meanwhile, the Indian Design Office continues to raise objections against applications for screen displays and icons under Class 14 for not meeting the requirements of Sections 2(a) and 2(d) of the act.

There are some concerns about the controller’s decision, as it appears to interpret the provisions of the Design Act incorrectly.

Interpretation of ‘article’ under Section 2(a)

Registration under the Designs Act can be provided for a design applied to an article. However, the article itself does not constitute the design. In this regard, it is useful to look at the definition of ‘design’ under Section 2(d), which covers only the features of shape, configuration, pattern, ornament or composition of lines or colours “applied to” any article.

An authority which has been accepted by Indian courts in this regard can be found in Dover Ltd v Nurnberger Celluloidwaren Fabric Gebruder Wolff (1910 27 RPC 498):

Design means, therefore, a conception or suggestion or idea of a shape or of a picture or of a device or of some arrangement which can be applied to an article by some manual, mechanical or chemical means. It is a conception, suggestion, or idea, and not an article, which is the thing capable of being registered... It is a suggestion of form or ornament to be applied to a physical body.

Accordingly, it can be said that a design is an idea or conception as to features of shape, configuration, pattern or ornament applied to an article. This article, as provided under Section 2(a), must be an “article of manufacture” and “capable of being made and sold separately”.

In the present context, a GUI is applied to a display device such as a computer screen. These display devices are articles of manufacture and capable of being sold separately. Hence, a GUI applied to the display panel of a device meets the requirement of Section 2(a).

Figure 1: A GUI applied to a computer screen 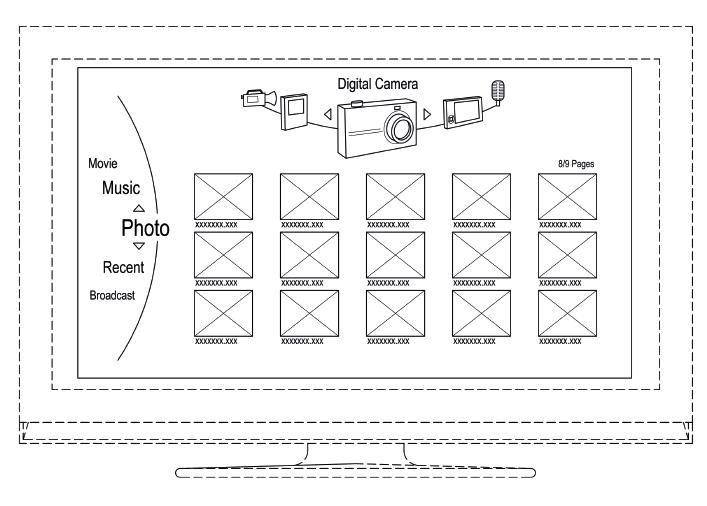 In the example of Figure 1, the dotted lines represent the article or computer screen to which the design is applied. However, it is arguable that such an application for registration would likely be limited to the article depicted here, and would perhaps not cover all display screens (eg, the screen of a mobile phone).

Support could be drawn from the example of the US design patent system, which provides that designs must comply with the “article of manufacture” requirement of 35 USC 171. The US Patent and Trademark Office considers designs for computer-generated icons – including screen displays – that are embodied in articles of manufacture to be eligible for design patent protection under 35 USC 171. Thus, if an application claims a GUI shown on a computer screen, monitor or other display panel (or a portion thereof), the claim complies with the “article of manufacture” requirement.

Interpretation of ‘design’ under Section 2(d)

According to Section 2(d), a design must:

The first specification raises the question: is a GUI applied to an article? The answer must be yes. GUIs are applied to the display screen of a computer, mobile phone or other device, which are undoubtedly covered under the Design Act’s definition of ‘article’.

The second specification raises the question: is the design being applied to the article using an industrial process? The answer must be yes. An industrial process or means may include separate or combined manual, mechanical or chemical processes. The processor of a computer is a machine that applies the design (ie, the GUI) to the article (ie, the computer screen). Accordingly, rendering a GUI on a display screen corresponds to applying a design to an article.

The third specification raises the question: does the design in the finished article appeal to the eye? Again, the answer must be yes. There is no doubt that the GUI rendered on a display screen is judged solely by the eye. In the above Amazon order, the controller of designs took a restricted view of Section 2(d) by holding that there has to be a consistent eye appeal. Section 2(d) requires the features claimed in the design to be features in the finished article. The finished article is the form of the article in which the article can perform its intended function and can be sold; arguably therefore, the finished article should be the powered-on article, on which the GUI is visible to the eye. Further, the GUI forms part of an article when the customer buys it and is visible once the device is switched on. GUIs also form part of a device when they are displayed in shops and in advertisements. Hence, it is arguable that GUIs are present in the finished article.

Graphical User Interface allows a user to interact with applications of computers, mobiles, electronic equipments and the likes. Thus, GUI is an element of the program through which users can interact with various other features of the computer programme.

Copyright protects form of expression and can be used to protect source code and the object code of a computer programme. Furthermore, computer programme is protected as a literary work by the Indian Copyright Act and hence, the look and feel of Graphical User Interface (GUI) can be protected under the Copyrights.

Thus, applicants have the option of filing a copyright application for the protection of GUIs, although the adequacy of such protection remains uncertain.

Although the design classifications provide for the protection of GUIs, while the position held by the Indian Design Office remains unchallenged, the possibility of obtaining absolute design protection for GUIs remains ambiguous. However, a display panel embodying a GUI ought to be registrable in accordance with the existing scheme under the Design Act. 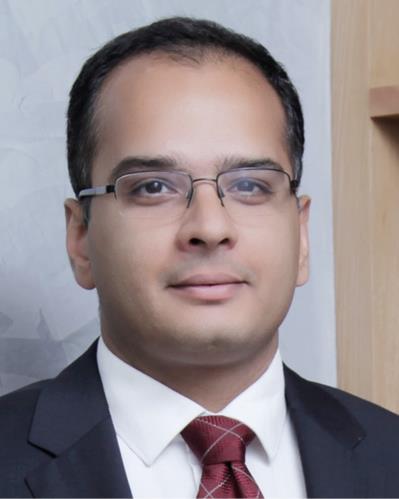 Essenese Obhan is the founding partner of Obhan & Associates. An IP attorney and patent agent with a degree in mechanical engineering, he has extensive expertise in the mechanical, industrial, software and telecoms sectors. Mr Obhan regularly advises clients – which include Fortune 500 companies, as well as some of India’s leading businesses – on IP strategy and portfolio management. He has extensive experience in drafting and prosecuting patents, and also focuses on patent litigation and opposition proceedings before various courts, the Patent Office and the IP Appellate Board. Mr Obhan is a frequent speaker on patent protection and enforcement issues in India and abroad. 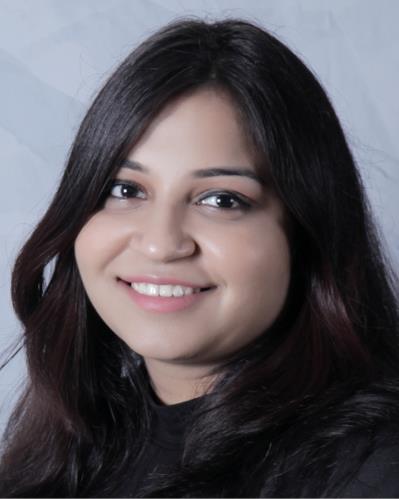 Sneha Agarwal is a senior associate at Obhan & Associates. Ms Agarwal is a patent agent and a graduate in engineering with specialisations in biotechnology and medical devices. She focuses on patent searching, drafting and prosecution before the Patent Office. She has also worked on patent opposition and revocation proceedings and regularly advises clients on IP strategy.