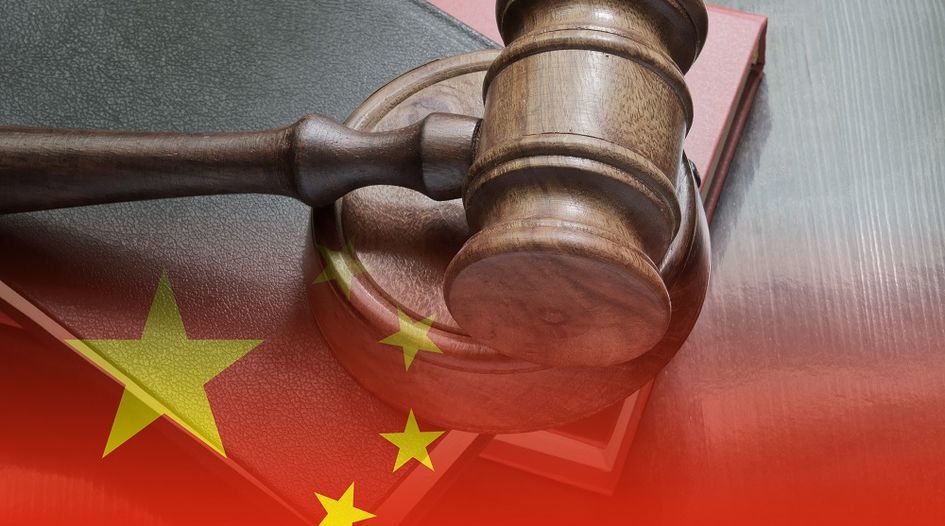 Strengthening IP protection has become a main focus in China. With the increasing frequency of IP rights infringements, the question of how best to protect IP rights has become a concern that many rights holders are considering.

While it has been common practice for jurisdictions to provide both judicial and administrative means of protecting intellectual property, practice has shown that administrative IP protection has been particularly useful and effective in China because of China’s national conditions (ie, a tradition of having an effective and all-encompassing government that dates back thousands of years and continues to this day).

General proceedings and responsible authorities of administrative IP protection are as follows.

Local administrations for market regulation (AMRs) (市场监督管理局) have jurisdiction over patent-related disputes and infringements after the function of the former local IP Administration ­
­(知识产权局) was integrated into the AMR in the 2018 government reorganisation.

Owing to complexity and the necessity of expertise, patent infringement cases are now handled by IP divisions and offices of the AMR that are at or above the municipal level.

Article 65 of the Patent Law provides that patent owners and relevant parties (stakeholders, such as licensees) can request AMRs to handle patent infringement cases as an alternative to filing a court action. In this regard, according to regulations and guidelines promulgated by the China National Intellectual Property Administration (CNIPA), semi-­judicial proceedings referred to as administrative adjudication proceedings would be entered into.

For other IP rights that do not concern complicated technological issues, the determination of infringement is comparatively simple and straightforward. The authorities are usually able to arrive at their conclusions without hearing arguments from both sides; thus, the laws and regulations do not provide for semi-judicial proceedings when the IP owners ask for administration protection.

When a trademark or copyright owner or a stakeholder suspects that his or her IP rights are being infringed, he or she can file a complaint before the responsible authorities with preliminary evidence and ask for the authorities to investigate and punish the infringer if the suspicion turns out to be true. The authorities will evaluate the case by reviewing the complainant’s documents and will refuse the case if it is apparent that infringement has not occurred.

If the authorities decide to take the case, they can take all necessary measures prescribed by the law to investigate. This includes inspecting and reproducing the relevant documents, and sealing and seizing the allegedly infringing products. Once infringement is established, the authorities impose a permanent injunction and a financial penalty on the infringer.

The authorities may also launch ex officio actions against IP infringements. In those cases, they often contact the IP owner for verification and authentication, and the IP owners will step in for follow-up.

Local district and county-level AMRs are responsible for taking administrative enforcement actions regarding trademark and anticompetitive matters. Those AMRs assumed the responsibility of the former Administration for Industry and Commerce (工商行政管理局) after the 2018 government reorganisation.

Actions regarding copyright matters are now handled by the local bureau of culture and tourism (文化旅游局), usually by its law enforcement in the cultural market task force (LECM) (文化市场综合执法大队) at the district or county level.

IP owners can record their intellectual property with the General Administration of Customs. Local customs authorities then stop the import or export of goods that are suspected to infringe IP and notify the intellectual property owner, asking whether the goods should be detained or released.

In some cases, if the IP owner is aware of an imminent import or export of infringing goods, a detailed request for detention can be filed with the local customs office beforehand. Upon receiving the request for detention, Customs will conduct its own investigation of the case. If it concludes that there is IP infringement, it will confiscate the infringing goods and, in some cases, impose fines on the infringer.

Government data released in May 2022 showcased the improving abilities of the administrative law enforcement authorities to tackle complicated cases, the rising caseload and the significant overall economic volume involved in administrative IP protection.

According to the CNIPA White Paper, in 2021:

Generally speaking, some of the most common reasons for IP owners choosing administrative actions over judicial ones for IP enforcement are that they are comparatively more convenient, efficient and cost-effective, and the burden of proof for the IP owner is significantly lower. Those factors have long characterised the administrative actions as suitable for simple and straightforward cases only.

In recent years, however, CNIPA has issued numerous guidelines for the lower-level AMRs regarding the determination of trademark infringement and the handling of enforcement and mediation of patent infringement cases, etc, aiming to make consistent the administrative actions of AMRs across the country and adopting principles and views established in judicial practice to reduce the gap between judicial and administrative IP protection.

The moves signal the government’s efforts to continue improving the ability of its organs and agencies to deal with more complex cases and to build a comprehensive administrative IP protection system that will be equal to or more effective than those afforded by judicial authorities.

Articles 213 to 220 of the Criminal Law list over a dozen types of IP infringement acts that constitute criminal offences when the volume involved in each case reaches certain levels or the circumstances are considered serious. The acts do not cover patent infringement but include counterfeiting patents. Other than that, the list primarily includes acts that infringe trademarks, copyrights and trade secrets.

Regarding the acts enumerated by the Criminal Law, both the police (ie, the public security bureaus (PSBs)) and the administrative law enforcement authorities (ie, the AMRs, the LECMs and Customs) have jurisdiction over the case in the initial phase, when the case volume is unclear. If the investigation reveals circumstances so serious that the criminality thresholds are fulfilled, the case must be transferred to the relevant PSB for further handling.

According to the CNIPA White Paper, in 2021:

It is possible for PSBs and the administrative law enforcement authorities, usually the relevant AMR or LECM, to conduct investigations and raids jointly. The advantage of such cooperation is that PSBs have more tools prescribed to them by law than AMRs, LECMs and Customs, such as the ability to detain individual infringers and raid their residence.

However, such cooperation is relatively rare: because the types of IP infringements that can be considered criminal offences are limited, and the evidence at the initial phase does not guarantee or show a likelihood of there being a criminal offence, it is very difficult to persuade the PSBs to lend support.

On the other hand, such cooperation is more common in the fields of food and drugs than in others because PSBs across the country often task the responsibilities of handling IP infringement cases and handling food or drugs-related cases to the same internal division, which is usually named the ‘Food, Drug, Environment and IP Division’

Administrative enforcement deals with the administrative liabilities arising from an IP infringement but not the civil ones, which are the centrepiece of civil actions. The IP owners or stakeholders can take the two proceedings simultaneously.

There are advantages and disadvantages for IP owners and stakeholders in taking administrative enforcement actions when compared with civil actions.

The advantages are that:

The disadvantages are that:

How, when and whether to take administrative action must be carefully contemplated as part of an overall strategy of IP protection based on factors including but not limited to:

Administrative actions are a simple and powerful tool for IP owners or stakeholders to combat infringement; however, not only using those actions but using them well requires consultation with experienced lawyers and private investigators to formulate well-perceived strategies.

In accordance with Master Sun Tzu’s words in The Art of War: “Plan before you move.” Only based on properly preserved evidence and careful actions can an administrative action lead to a favourable outcome.