A useful IP asset, the utility model patent costs less to acquire and is quicker to obtain than an invention patent. In addition, utility models present a paradox: a patent, which is the more difficult to obtain, is easier to invalidate than a simple utility model, which can be granted based on a simple formality examination.

Under the Patent Law, a ‘utility model’ refers to any new technical solution relating to the shape, structure or a combination thereof of a product which is fit for practical use. It does not cover a process or method. The duration of protection is 10 years from the filing date.

Utility model applications do not undergo substantive examination; they are subject only to a formality examination.

To ensure that the application passes the formality examination, the following requirements must be met:

As there is no substantive examination, in principle the application proceeds to grant without a prior art search. However, the lack of substantive examination does not mean that every application will be accepted. It is not uncommon for examiners to issue office actions objecting to certain claims that obviously lack novelty. In this case, the applicant may amend the claims to distinguish them from the prior art or submit arguments in support of the novelty of the claims.

In any event, the claim set is preferably drafted in such a manner as to include appropriate dependent claims and thus provide more fall-back positions for possible use in the post-grant proceedings.

If the claims, description and abstract are found not to meet the formality requirements, the examiner will issue a notice of amendments, inviting the applicant to rectify the application.

If no official notice is issued, it usually takes no more than nine months from the filing date to obtain the letters patent for a utility model.

This practice does not apply to Patent Cooperation Treaty applications, which may be filed only as either an invention application or a utility model application.

In the invalidation proceedings, the patentee may amend the claims within the framework of the allowed claims, although without the opportunity to amend the claims by extracting features from the description.

The invalidation proceedings usually include an oral hearing at which both parties may present their arguments and evidence.

Thus, purely from the perspective of inventiveness, utility model patents may be more stable than invention patents.

In terms of enforceability, the utility model is identical to the invention patent. Thus, if the patentee finds that its utility model has been infringed, it may file a complaint with the local people’s court or a local IP administrative authority seeking a preliminary injunction, a permanent injunction and/or damages. The procedures for seeking remedy are similar to those for invention patents, except that the people’s court or the IP administrative authority may ask the patentee or any interested party to furnish an evaluation report of the patent made by the State Intellectual Property Office (SIPO) and use it as evidence for hearing or handling the patent infringement dispute. Before issuing such a report, SIPO will conduct a search, analysis and evaluation of the relevant utility model. The patentee or the interested party may request such an evaluation report after SIPO has granted a utility model patent.

Civil court proceedings include two instances (first instance and appeal). After the appeal decision has been rendered, either party may request a retrial by a higher-level court (usually the Supreme People’s Court). It is at the higher court’s discretion as to whether to re-hear the case.

A useful IP asset, the utility model patent costs less to acquire and is quicker to obtain than an invention patent. In addition, if challenged on grounds of inventiveness, it is more stable than its invention counterpart. This is a paradox: the patent which is the most difficult to obtain – because it requires a wider inventive step and is granted only after full substantive examination – is easier to invalidate than a simple utility model, which can be granted based on a simple formality examination. 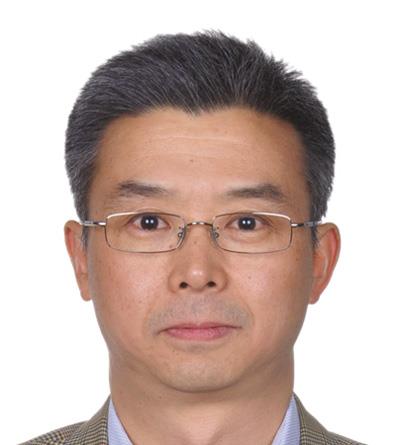 Shouqi Zhong is a senior partner at Wanhuida Peksung. He is dual qualified as a patent attorney and attorney at law in China, with his technical expertise focusing on petrochemical, fine chemical, organic chemistry and material fields. He centres his practice on patent prosecution and contentious matters, as well as civil and administrative litigation pertaining to patent and technology-related matters. He has been applauded for his rapid identification and disentangling of intricate legal matters and insightful perspectives. He is equipped with the experience, capacity and language skills to offer clients strategic and comprehensive legal advice on IP matters across multiple jurisdictions.