The Supreme People’s Court ruling on YKK Corporation’s trademark opposition retrial petition ended a decade-long trademark dispute. The decision has again emphasised the principle of necessity of recognition of well-known trademarks, as well as the principle of applying consistent legal standards. This long-running suit also witnessed the development of China’s IP rights legislation and court judgments.

The Supreme People’s Court affirmed that the evidence submitted by YKK Corporation proved that, before the application for the opposed trademark, the trademark YKK used on zippers had become well known in China. Thus, according to the law, the opposed trademark should be rejected for “upholstery for vehicles”, and the ruling of the Trademark Review and Adjudication Board (TRAB) and the first and second-instance decisions were incorrect.

The Supreme People’s Court made clear in its judgment that “the scenario of the prior cited two cases are basically the same as those of this case, and the evidence about the well-known state of trademark in the case is also basically the same. To persist with the principle of applicable standards consistency, cross-class protection of the well-known trademark of YKK should also be given in the present case. Each case differs, and it is reasonable to abide by the case-by-case principle in examination, but it is unacceptable to give distinctively opposite judgment just taking the case-by-case principle as an excuse in similar cases. Otherwise, it will be difficult to guarantee the clarity and predictability of application of trademark laws”.

The opposed trademark was filed on March 23 2004 for goods including “air pump (vehicle accessory), upholstery for vehicle, car, etc” in Class 12. YKK Corporation filed an opposition, considering the applied-for mark to be a reproduction of its YKK trademark, which was registered for goods including “plastic zipper, and metal zipper” in Class 26 as early as 1979, and thus claimed that registration should be denied.

In December 2009 the China Trademark Office ruled against YKK. It held that although YKK Corporation’s YKK trademark used on zippers had a relatively high reputation, the goods of the opposed trademark were distinctively different in terms of function and use, and thus the registration and use of the opposed trademark would cause no confusion as to the source of the goods. It further held that YKK Corporation had not provided sufficient evidence to prove the claimed well-known status of the YKK trademark in China before the filing date of the opposed mark.

In addition, before the second-instance judgment the Beijing High People’s Court had affirmed that the YKK mark had become well known in two cases: Gao Xing Zhong Zi (Case No 1236 (2012)) and Gao Xing Zhong Zi (Case No 482 (2013)). The facts of the two cases were basically the same as those of the case at hand, as was the evidence provided about the mark’s well-known status. Therefore, the second-instance decision provided corresponding cross-class protection based on the well-known status of the YKK mark.

Principle of necessity of recognition of well-known trademarks

In the case involving the HONGDA mark (Supreme People’s Court (2015) Zhi Xing Zi No 254 Administrative Decision) the Supreme People’s Court ruled that the goods governed by the opposed mark (“steel products, etc” and the goods covered by the cited HONDA mark (“car and motorcycle, etc”) owned by Honda Corporation were quite different. The evidence submitted by Honda Corporation proved the reputation obtained by the HONDA mark in respect of “car and motorcycle, etc” before the application for the opposed trademark, but this influence was not strong enough to mislead the public to associate the opposed mark with HONDA. Therefore, the Supreme People’s Court rejected the claim that HONDA enjoyed protection as a well-known mark.

In the case at hand, the opposed trademark was exactly the same as the opponent’s YKK mark, which had relatively strong inherent distinctiveness. Further, it was proved that the registration and use of the opposed trademark on the goods “upholstery for vehicle” would result in damages to the owner of the well-known mark. YKK Corporation won the case by employing two important litigation strategies to make clear the relevancy of goods. First, YKK Corporation gave up the items which were most distant from its products – namely, “air pump (vehicle accessory), etc” – and focused on the most relevant goods (“upholstery for vehicle; car”). Second, it provided evidence proving that the YKK zipper was used in the production of vehicle upholstery. Based on the evidence, the Supreme People’s Court affirmed that zippers and upholstery for vehicles were relevant, and that the registration and use of the opposed trademark would mislead the relevant public. The Supreme People’s Court overturned the judgment of prior proceedings, and affirmed that YKK constituted a well-known trademark used on zipper goods and should be granted cross-class protection. For the first time, the YKK mark was affirmed as a well-known trademark by the Supreme People’s Court.

The Supreme People’s Court also confirmed in an administrative review of a trademark application for GAP UNDERWEAR (Zui Gao Fa Xing Zai No 7 Administrative Judgment (2016)) that: “It’s necessary to consider the situations of individual cases in trademark review and judicial examination procedures, but the basic evidence of examination is the provisions of the Trademark Law and other relevant laws, and the uniformity of law enforcement standards by the reason of individual case examination should not be neglected.” In 2010 the Supreme People’s Court promulgated the Provisions on Case Guidance Work (Fa Fa [2010] No 51) and established a case guidance system. At times, the legislation can barely keep up with innovation. The combination of the blurry lines of legislation and the differences between judges’ decisions indirectly leads to the expansion of judges’ discretionary power. The Supreme People’s Court, as judicial policy maker, holds responsibility for unifying judges of different levels in order to avoid injustice stemming from deviations in the understanding of the law and to guarantee the predictability of laws and strengthen the transparency of law enforcement.

The Supreme People’s Court’s decision in the YKK case has again emphasised the principle of necessity of recognition of well-known trademarks, as well as the principle of applying consistent legal standards. This decade-long trademark suit also witnessed the development of China’s IP rights legislation and court judgments. 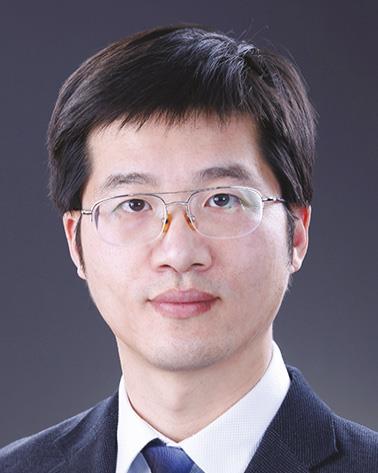 Gang Hu is deputy director of the international trademark department. He is a qualified attorney at law, patent attorney and trademark attorney.

Mr Hu joined CCPIT Patent and Trademark Law Office in 1995. He is a senior trademark specialist and practitioner, and his practice focuses on areas including trademark prosecution, administrative protection of trademark rights, trademark litigation, licensing of trademarks, trademark strategy and enforcement of copyright. He has successfully assisted many well-known brand owners in obtaining recognition of well-known trademarks before the trademark authorities and the court. 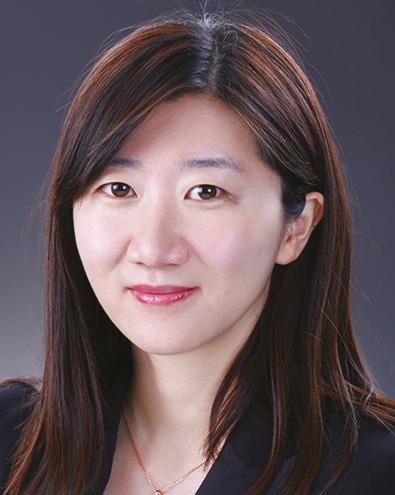 Ling Zhao is a team leader in the international trademark department. She is a qualified trademark attorney and an attorney at law.

Ms Zhao is a member of AIPPI China.