The volume of patent litigation in China has increased significantly in recent years. Along the way, changes in court practice and the litigation system have had a profound influence on the course of patent-related proceedings.

Beginning in November 2014, specialist IP courts were sequentially established in Beijing, Shanghai and Guangzhou; this development has had a deep impact on patent litigation over the past two years. In 2017 the Supreme People’s Court set up multi-jurisdictional tribunals for IP cases in Nanjing, Suzhou, Chengdu and Wuhan. This jurisdictional consolidation of patent litigation is a guarantee of more professional judgment in complex patent cases. Following the establishment of these courts, many practitioners contend that the quality of judgments has improved significantly and that the extensive experience and theoretical proficiency of the specialist judges have ensured greater consistency in rulings. In a sense, the emergence of IP courts is pushed by the general trend.

The IP courts have strengthened IP rights protection by increasing damages for infringement, the application of interim measures and the rules of evidence, as well as advocating good faith in patent litigation. As a result, more litigants are choosing to file their suits in IP courts. As more judicial documents are made public, litigants can identify more suitable forums for their disputes through big data analysis.

Since China’s IP courts were originally designed to increase IP rights protection, they tend to favour patentees in their judgments. Patentees will therefore be more motivated to enforce their rights through these specialist courts.

Technology investigators can help judges with little technical knowledge in certain areas to iron out technical problems and clarify technical facts, thereby greatly increasing the efficiency of the proceedings. According to the Beijing IP Court’s statistics, the case closing rate for technical cases has increased by 87% year on year since the introduction of the technology investigator system. While shortening the timeframe for proceedings by reducing unnecessary technical appraisals, the involvement of technical investigators has also reduced the economic burdens on the parties concerned. However, although parties to a case may explain technical issues directly to a technology investigator, they should never neglect the role of the judge, who makes the final decision. Litigants are advised to fully explain the relevant technical problems by submitting real products or models or making slide presentations.

The average amount of damages claimed in Chinese patent litigation continues to rise, with damages worth millions and tens of millions of renminbi being more or less standard and damages worth hundreds of millions becoming increasingly common. Prominent examples include the following cases:

Since the Shenzhen Intermediate People’s Court accepted Huawei’s application for litigation against US-based IDC Company on the grounds of standard-essential patent infringement in 2011, the number of similar cases brought before the Chinese courts has continually grown. Some of the first standard-essential patent cases filed in China have had a significant influence on subsequent practice, including:

Interpretation II on the Patent Law, issued on April 1 2016, did not include provisions on how to determine infringement of standard-essential patents. As a result, the courts must find their own answers through judicial practices, now that similar cases are constantly emerging.

The Beijing IP Court’s responses to controversial questions in China IWNCOMM Co, Ltd v Sony Mobile China have triggered further debate on standard-essential patents. The court held that the defendant had failed to submit the relevant quality control specification documents (eg, test specifications for internal usage) and had therefore infringed the plaintiff’s patent by performing the WLAN Authentication and Privacy Infrastructure function test in the design, development, test and pre-delivery inspection processes of the smartphone involved in the case.

Although the total amount of compensation awarded in patent litigation in China is not high, it has been continually increasing. The cap on damages stipulated under the Patent Law is Rmb1 million, but the courts can set a higher amount if a party can prove that its loss or the defendant’s illegal gain far exceeds Rmb1 million, but the exact number is difficult to determine. For example, the Beijing IP Court sentenced a Chinese company to pay Rmb3 million in damages for its infringement of Panasonic’s design patent.

The courts also use other methods to set damages above that provided for by law, such as licence fees. For example, in 2015 in Lonsen KiriChemical Industries Ltd v Shaoxing Binhai Feixiang Chemical Co, Ltd the Shaoxing Intermediate People’s Court set damages of Rmb5 million based on the plaintiff’s licence fee revenues.

It is difficult for plaintiffs to obtain higher damages, as the claimant bears the burden of proof in the Chinese legal system. The plaintiff should submit as much evidence as possible to assist the court in determining the amount of compensation. Published reports, advertisements and screenshots of online transactions of the other party can all be used to prove the sales volume of the allegedly infringing products. Where sales data or financial reports are unavailable, evidence showing the profits of similar companies in the same industry can also be submitted to the court. In terms of reasonable expenses, service contracts with the attorney and receipts for attorneys’ fees and notary fees should be kept as evidence. The general rule is that the more prepared the plaintiff is, the higher the potential damages.

The increase in awarded damages signifies the Chinese courts’ recognition of patent value, which paved the way for the fourth revision of the Patent Law. These growing compensation amounts have greatly boosted China’s global status and attractiveness as a forum for patent litigation. In addition, the support and encouragement of the Chinese government in patent matters, coupled with the improvements in the domestic patent litigation sphere, will be highly conducive to the growth and development of non-practising entities in China. 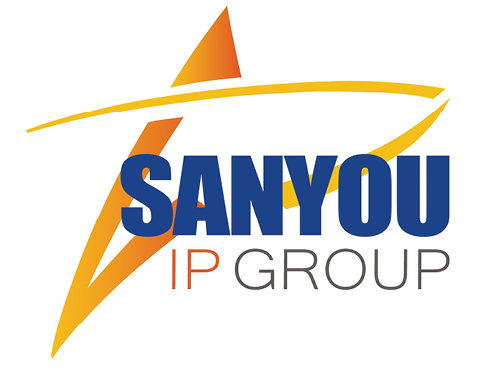 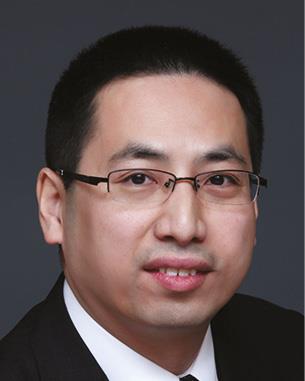 Jian Chen is a partner in Beijing Sanyou Intellectual Property Agency Ltd and the director of Wanrui law firm, a subsidiary of Sanyou IP Group. He graduated with an LLB from Tsinghua University Law School and an LLM in international and comparative law from Chicago-Kent College, Illinois, United States. His areas of expertise include patent drafting, re-examination, invalidation, administrative litigation, infringement litigation, infringement analysis and legal advice in the fields of mechanics and electronics, among others. His practice includes both litigation and commercial advice in these areas.