China remains a research hub for domestic and foreign companies alike. According to the State Intellectual Property Office (SIPO), 1.3 million invention patent applications were filed in 2016 – a 22% increase on the previous year. Since the revision of Chinese patent laws in 2008, there have been material changes in patent filing practice and procedures in China. These changes and trends have had a profound impact on filing strategies.

This chapter highlights certain features of the Chinese patent system and provides practical tips for devising a patenting strategy in China, with particular regard to inventions involving computer programs, business methods and pharmaceuticals. It further examines recent amendments to the Guidelines for Patent Examination, which have brought changes in practice for such invention patents.

Where a product is close to launch, but has fundamental features which will be valuable for a long time, the applicant may wish to file for both utility model and invention patents (albeit at a higher cost). Applicants may file both applications for the same subject matter on the same day. The utility model patent will normally be granted quickly. If an invention patent is subsequently granted for the same subject matter, the applicant will have to abandon the corresponding utility model patent.

Under the Chinese patent regulations, a patent application is published 18 months after its filing date or the earliest priority date. However, applicants for invention patents may request earlier publication on filing the application at no additional cost. If such a request is filed, the patent application will be published as soon as it passes the preliminary examination, which may be as early as two months from the filing date.

Early publication of a patent application may be beneficial to the applicant, especially where the product to be protected is close to launch and ready to go public, as it may serve as prior art to block competitors from seeking to patent similar ideas. It may also afford the applicant a provisional patent right to license its technology to other parties. However, it is generally not advised to publish early if the relevant product is still far from being market ready, as this would allow others to potentially find ways to work around the design or even copy the product.

SIPO launched the Patent Prosecution Highway (PPH) pilot project with the Japan Patent Office in 2011 and has since entered into 20 PPH programmes with most major patent offices worldwide, including the IP5 PPH programme between China, the United States, Europe, Japan and Korea.

If speed is the main concern and the scope of the foreign application is acceptable, it is advisable to use the PPH for China, which means that the Chinese claims will likely be the same as those of the foreign application. Generally speaking, a first official action for a PPH patent may be issued 12 months earlier than for a normal patent application. Further, only one official action is normally issued, in comparison to the three or four that are typical of a normal patent application. The corresponding costs will also likely be lower, as there are fewer office actions.

PPH requests are categorised as either a normal PPH request or a PCT PPH request, depending on whether the application filed with the office of earlier examination is a foreign national application or a PCT application.

Timing of filing PPH request: Under the SIPO regulations, a request to participate in the PPH may be made after the application has been published, but before SIPO issues the first office action. All pending claims in the Chinese application must sufficiently correspond to the allowed claims in the original foreign application (ie, be similar or narrower in scope).

There is an additional limitation on the timing for filing the PPH request if the originally filed claims of the Chinese application are broader in scope than the allowed claims of the foreign application. For normal Chinese invention patent applications, applicants are given two chances to file voluntary amendments to the application during prosecution:

For Chinese national phase entry of a PCT application, there is one more opportunity: when the PCT application enters into China, an amendment can be made under Article 28/41 of the PCT.

Conformity of claims: Under the SIPO regulations, a PPH request will be accepted if the scope of the Chinese claims is the same as or narrower than the scope of claims of the foreign or PCT application. However, in practice, SIPO’s formality examination of PPH requests is usually very strict. SIPO also gives applicants only one chance to revise a rejected PPH request. Therefore, it is recommended to make the Chinese claims identical (ideally word for word) to the claims of the foreign application.

Under the Chinese patent regulations, if the invention is created in China – either wholly or partially – it is subject to confidential examination before being filed abroad. This is in order to prevent inventions which affect national security from being disclosed abroad.

The confidential examination requirement may be a pitfall for foreign R&D companies whose patent filing policy is to file first in their home countries. It is important that overseas companies with active R&D programmes in China make provision for this requirement in their patent filing policy and account for any additional time that may be needed to obtain permission to file abroad.

Generally speaking, the confidential examination filing is straightforward and is not a bar to filing abroad. However, it generally takes four to six months, unless SIPO finds that national security interests are contravened.

The Guidelines for Patent Examination provide that a computer program-related invention is considered a technical solution if it fulfils one of the following conditions:

Under the amended Guidelines for Patent Examination, this requirement has been removed and apparatus claims of inventions relating to computer programs may contain not only the apparatus features, but also the computer program. Therefore, claims for such inventions may be drafted in a more straightforward manner to avoid any confusion in claim interpretation.

As provided under Article 25 of the Patent Law, rules and methods involving merely mental activities are not patentable. Traditionally, business methods are not patentable subject matter because they involve merely mental activities in many cases. However, similar to inventions relating to computer programs, inventions relating to business methods may be patentable if they also contain technical features, as is the case with certain new e-commerce technologies. This was further clarified by SIPO in the amended Guidelines for Patent Examination.

Unlike other jurisdictions (eg, the United States and Japan), China does not provide for an extension of the patent term for drugs which are subject to regulatory marketing authorisation.

However, the Bolar exemption also exists in China. This enables a generic drug manufacturer to start preparing to market a patented drug well before the patent expires.

As provided under the Guidelines for Patent Examination, a claim for a new pharmaceutical compound or combination must be supported with full disclosure of at least one specific medicinal use or pharmacological effect and evidence using qualitative or quantitative data derived from laboratory tests or clinical trials. Following the recent amendment of the Guidelines for Patent Examination, the late filing of experimental data may be allowed during the examination of patent applications for chemical inventions, provided that the experimental data can be derived from the application’s disclosure by a person skilled in the art.

Under the previous practice, only the experimental data disclosed in the originally filed application documents was considered during examination. This requirement posed difficulties in patent filing for drug products. Clinical trials usually take years to complete and drug manufacturers may want to file patent applications for new drugs as soon as they have preliminary laboratory test data in order to secure filing dates as early as possible. During examination, patent applications may be rejected if the examiner finds the claim to be insufficiently supported by the disclosure of medicinal use or pharmacological effect in the originally filed application documents.

Under the amended Guidelines for Patent Examination, applicants for new drug patents may submit experimental data derived from laboratory tests or clinical trials after the application filing date in order to support their claims. However, the applicant must convince the examiner that the intended pharmacological effect can be derived from the initial disclosure of the application and evidenced by the subsequently filed experimental data. 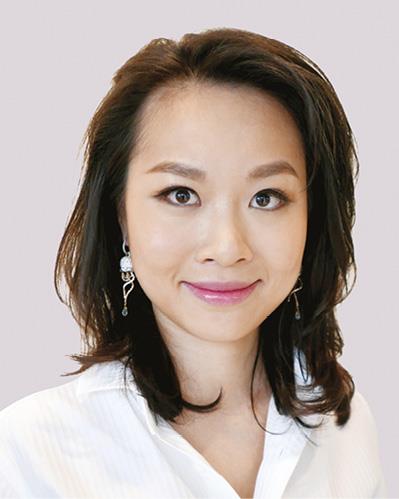 Anna Mae Koo is a partner at Vivien Chan & Co, practising non-contentious, contentious and transactional IP law. She regularly advises on all areas of intellectual property, including licensing, franchising, due diligence, prosecution and unfair competition law in China and Hong Kong. 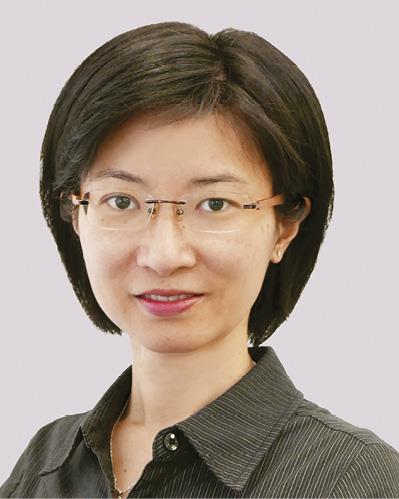