This chapter highlights the primary issues faced by enterprises when applying for computer program-related patents in China.

A computer program is patentable in China if it is written in the form of a method or virtual apparatus (ie, an apparatus including modules in one-to-one correspondence with methodological steps). In recent years, claims with an apparatus including processors and memories as their subject matter have been increasingly accepted by examiners.

On April 1 2017 the latest version of the State Intellectual Property Office (SIPO) Guidelines for Patent Examination entered into force. Major amendments were made to the guidelines in respect of computer programs, including the following:

According to SIPO’s interpretation, the claim form “medium + program” – which is a permissible form for “a pure software solution” in the United States – will also be allowed in China. The fact that “the constituting parts of an apparatus include not only hardware but programs as well” means that for a solution combining software and hardware, a ‘program’ may constitute a claim element parallel to other hardware elements. This implies a reformed approach by the administrative authorities which may contribute to reinforced protection of software patents.

In brief, patentable subject matter in China encompasses methods, virtual apparatuses and apparatuses including the forms “processors + memories”, “medium + program” and “hardware + program”. Since there is little Chinese case law on computer program-related infringement suits, the criterion for determining the scope of protection of some subject matter (eg, virtual apparatuses) remains unclear. Patentees are therefore advised to claim all of the currently allowable subject matter in the application document. Doing so may provide greater flexibility when enforcing the relevant patent rights.

Under Article 25 of the Patent Law, “rules and methods for mental activities” are not patentable subject matter. This includes business methods, which may be involved in computer program-related patent applications. In Chinese patent examination practice, a business method claim will be rejected for falling within the scope of “rules and methods for mental activities” if it includes only human-made business methods and no technical means. In line with this practice, the latest patent examination guidelines explicitly stipulate that “if a claim is defined by not only rules and methods for mental activities but also technical features, the claim, as a whole, is not one of the methods and rules for mental activities, so it should not be excluded from patentability in accordance with Article 25 of the Chinese Patent Law”. In other words, a claim is usually deemed to meet the subject-matter requirements if it contains technical features and is subject to patentability evaluation under other criteria (eg, inventive step).

For these reasons, in order for business method-related patent applications to meet the eligibility requirements and be given greater weighting in the inventive step evaluation, applicants should ensure that:

This approach is also advisable in view of current European and US practice.

Instigated in 2012, the patent infringement suit between Nokia and Huaqin is a typical case relating to functional features. The first and second-instance courts both held that it was impossible to determine the scope of protection of the apparatus claim in Nokia’s Patent ZL200480001590.4, because the apparatus was defined by purely functional features “configured to perform steps of…”. The courts’ decision provoked heated debate among software innovators, as it was unfavourable to patentees which take the common approach of defining an apparatus with methodological steps. Although Nokia asked for a retrial, the question of how the Supreme People’s Court would interpret a patent drafted in this way remains unanswered, because all of the claims of the patent were invalidated for lacking inventiveness.

Functional features in China may cover a wider range of claim language than the known means-plus-function language in the United States. In 2016 the Supreme People’s Court issued its Interpretation on Issues Concerning the Application of Laws in the Trial of Patent Infringement Dispute Cases (II). Article 8 of the interpretation, regarding functional features, stipulates: “A functional feature is such a technical feature that is defined by the function or effect achieved in the invention-creation for structures, components, steps, conditions or the relationship among them, except where specific embodiments to achieve the above function or effect can be determined directly and expressly by those skilled in the art after reading solely the claims. Where compared with the technical feature defined in the specification and drawings which is indispensable for achieving the asserted function or effect in the preceding paragraph, the corresponding technical feature in the alleged infringing technical solution uses substantially the same means to implement the same function and achieves the same effect, and can be conceived by those skilled in the art without inventive endeavour at the time of occurrence of the alleged infringing action, the People’s Court shall determine that the corresponding technical feature is identical with or equivalent to the functional feature.”

Debate over such functional features is ongoing and there is little case law in this area to serve as a guide; but based on the Supreme People’s Court interpretation, patentees are advised to define a claim using features that meet the above requirement (ie, using specific embodiments to achieve the function or effect which can be determined directly and expressly by those skilled in the art after reading solely the claims), so that the features are less likely to be interpreted as functional features. Where only functional language can be used to express a feature, patentees must present at least two exemplary embodiments of the feature in the specification.

Take Nokia’s abovementioned patent as an example. The claims included the feature “applying the data transfer method in a message editor used for entering messages”. It is questionable whether a person skilled in the art, after reading only the claims, would understand how to apply the new data transfer method to a message editor. Had the specification included detailed examples of application, the patentee would have been in a better position to enforce its rights.

Another example may clarify how the application document for a computer database invention can be drafted so that features in the claims are less susceptible to unfavourable interpretation under the rules on functional features. The invention in question relates to sorting. Independent claim 1, directed to a computer-implemented method, has the feature “applying a boundary condition to the data elements stored in the buffer after receiving each individual data element of the stream of data elements”. This covers a broad scope, but a person skilled in the art can directly and expressly determine how to implement it. Hence, from the perspective of the Supreme People’s Court interpretation, the feature may not be considered as a functional feature.

Moreover, the application document provides several embodiments of the feature as fall-back positions. For example, the dependent claims and the corresponding parts of the specification have the following support and explanations:

Even if the above feature in claim 1 is considered a functional feature in litigation, the various embodiments will play an adequate role in determining the scope of claim 1, especially under the doctrine of equivalents.

Difficulties in both determining the protection scope and collecting evidence frequently arise in the course of enforcing computer program-related patents. To facilitate the determination of protection scope, patentees are advised to describe the technical solution using methods with specific implementations that are directly and expressly ascertainable by a person skilled in the art, as the smallest units constituting the technical solution. 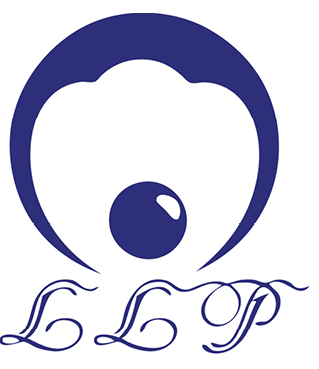 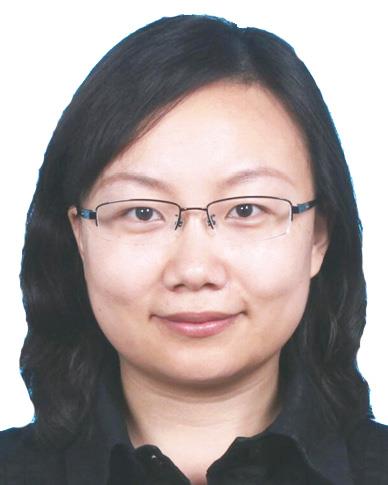 Lei Zhou is the vice manager in Linda Liu & Partners’ domestic department. She graduated with an ME and BE in integrated circuits from Tsinghua University, Beijing, China. She deals with patent drafting, invalidation and infringement proceedings for leading domestic and international high-tech companies before the Patent Re-examination Board and the courts. Her areas of expertise include telecommunications, computer science and microelectronics. Before she headed the domestic department, she spent 10 years working for several major international companies, including Apple and IBM. Her work has been appraised as Best Drafted Case of the Year by IBM. She gained substantial experience with A-D converter design as a researcher at the Chinese Academy of Sciences. 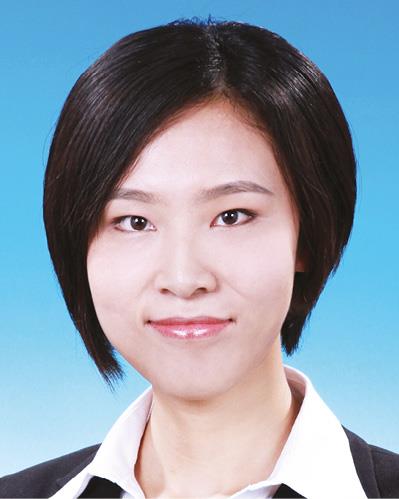 Nancy (Xiaowen) Song is a group leader in Linda Liu & Partners’ electrical engineering department. She graduated with a BE from Tsinghua University and is admitted as an LLM candidate at Santa Clara University School of Law, Santa Clara, United States. She serves medium-sized and large consumer electronics companies from the United States, Japan and Europe. Her areas of expertise include computer databases, medical instruments and secured identification and authentication instruments. Her practice encompasses patent drafting, prosecution, invalidation, portfolio analysis and commercial advice in these areas. Before joining Linda Liu & Partners, she was senior patent counsel with a global leader in integrated circuit chip design.