China is in a period of transition, shifting from being a manufacturing country to an innovative country, but manufacturing is still a pillar of Chinese economic development. As a result, it is one of the few countries worldwide that protect IP rights in export. The infringing goods stopped by Customs are usually destined for export, and of these over 90% infringe trademark rights. Therefore, handling these goods is the most important task of Customs in mainland China.

The term ‘original equipment manufacturer’ (OEM) refers to a trade form in which products are produced by enterprises in China and delivered to owners of trademark rights or rights of use for trademarks (hereafter the ‘commissioning parties’) in foreign countries, where such products bear the trademarks of the commissioning parties. In this chapter OEM is discussed in a narrow sense, referring to the circumstance in which products are exported by the manufacturers to foreign countries or regions where the commissioning parties hold the trademark rights, rather than being sold in China. Thus, it is clear that OEM involves a special legal relationship.

In mainland China, OEM exports account for around 80% of all exports, and most manufacturing and trading enterprises under customs supervision are engaged in OEM. Therefore, OEM is an important means of economic development for China, and disputes relating to trademark infringement in the OEM model have become a problem that cannot be ignored. As China protects IP rights in compliance with the World Trade Organisation Agreement on Trade-Related Aspects of IP Rights, Customs and other institutions are reinforcing the inspection of and increasing the penalties for infringing behaviour; as a result, OEM products may be regarded as infringing and penalties may be imposed. In light of this, a large number of OEM companies are concerned as to whether they will become involved in infringement disputes through the products that they manufacture.

In the early days of enforcement, if a trademark that was the same as or similar to a Chinese registered trademark was used for OEM products that were the same as or similar to the goods designated by the registered trademark without the rights holder’s permission, in most cases the OEM products were regarded by Customs as infringing. This was mainly based on Article 57 of the Trademark Law (Article 52 of the previous Trademark Law) and the territoriality of trademark rights, according to which the commissioning party which holds trademark rights in its own country does not enjoy the exclusive right to use the trademark in China because the mark is not registered in China, so the use of the mark in China constitutes infringement of the exclusive rights of the registered trademark in China. Such cases mainly occurred from 2001 to 2007, during which time the view holding OEM products to be infringing prevailed in judicial judgments. Examples of such cases include Foshan Hongxin Company v Guangzhou Customs intellectual property administrative penalties and American Nike International Limited v Spanish Nike Infringement. OEM companies were dissatisfied with these judgments as they believed that their OEM products did not infringe the exclusive use rights of owners of registered trademarks in China or the legitimate interests of consumers, because the OEM products were directly exported overseas instead of being sold in China and thus would not confuse consumers or distort the market.

From 2007 to 2010 judicial practice varied across different regions due to the controversy surrounding this issue, which created some difficulties for customs administrative law enforcement in such cases. To this end, the General Administration of Customs sent a letter to the Supreme People’s Court seeking a definite judicial interpretation as to whether OEM products are infringing, so that Customs could avoid risks when handling such cases. In the second half of 2010 the Supreme People’s Court replied by letter to the General Administration of Customs (Faban [2010] No 350), stating its agreement that OEM production does not infringe the exclusive right to use registered trademarks as prescribed in Article 52 of the previous Trademark Law. This letter was the first official and clear opinion of the Supreme People’s Court on OEM production. Thereafter, the judiciary universally accepted that OEM production should not simply be regarded as infringing, but that tort liability should be reasonably determined depending on the specific circumstances of the case and whether the manufacturing enterprises performed necessary investigations.

As the understanding of the concept of ‘trademark use’ has deepened in China, the new Trademark Law, which draws on the experiences of foreign trademark legislation, includes a clear provision on the use of a trademark in Article 48, as follows: “The use of trademarks refers to the affixation of trademarks to goods, packaging or containers of goods, as well as goods exchange documents or the use of trademarks in advertisements, exhibitions, and for other commercial activities, in order to identify the source of the goods.” This clause, which was not included in the previous edition of the Trademark Law, amends Rule 3 of the previous Regulations on the Implementation of the Trademark Law by adding “in order to identify the source of the goods”. The basic function of trademarks (ie, identifying the source of goods in commercial activities) has now been emphasised at the legislative level. The analysis of whether OEM production is infringing should also start from the basic function of trademarks. In OEM production, trademarks are physically affixed onto OEM products by the manufacturer in accordance with the requirements of the commissioning party and do not perform the distinguishing function because OEM products do not enter into circulation. Only after OEM products are exported and put on the market by the commissioning party do the trademarks affixed thereon perform the distinguishing function, and they can be regarded as trademarks and to constitute “trademark use in the sense of the Trademark Law”.

In addition, use of the trademarks will be analysed in terms of confusion to determine whether the OEM production is infringing. As stated above, the basic function of a trademark is to distinguish the goods or services to prevent consumer confusion. In OEM production, domestic manufacturing enterprises charge low manufacturing costs and sell all OEM products to foreign commissioning parties, which are the real users of the trademarks. Therefore, the OEM products are not put on the Chinese market and do not come into contact with the relevant Chinese public, so they cannot be confused or misidentified by Chinese consumers and cannot harm the distinguishing function of registered trademarks in China (let alone diluting the influence of registered trademarks in China). Clearly, there is a lack of legal support to regard OEM production as infringing automatically.

In sum, the use of a trademark in the sense of the Trademark Law is not simply physically affixing the trademark to products; rather, a trademark can be said to be used in the sense of the Trademark Law only if it indicates the source of the goods or services and performs the basic distinguishing function. OEM products are not infringing because they are not in circulation on the Chinese market and do not cause confusion to the relevant public in China. The view that OEM production is non-infringing has gradually become the mainstream judicial view in China.

At present, Customs’ practice for dealing with the export of OEM products is to conclude that “it cannot be determined that the OEM products are infringing”. If dissatisfied with this, rights holders in China may seek a judicial solution. However, this is not conducive to fast and convenient customs clearance; it will not only cause huge economic loss to foreign commissioning parties, but will also affect domestic OEM enterprises and be detrimental to the reputation of products “Made in China”. Moreover, since it has been generally recognised and accepted by the judiciary that “trademarks are just physically affixed to the OEM products and are not used in the sense of the Trademark Law”, Customs may face administrative litigation – and risk losing that litigation. In recent years, some scholars have suggested that Customs could shift from ex officio active protection to passive protection on application, and thus release lawful foreign OEM products. However, this could result in major problems for Customs in determining whether exported products belong to the legitimate category of “OEM production in good faith”, particularly when there is no way to check the relevant documents showing whether the foreign commissioning parties hold the trademark rights.

Even if a flexible understanding of the existing law is applied, Customs will inevitably encounter difficult decisions when dealing with specific cases. After all, OEM production remains a grey area of Chinese law and the origin of ongoing controversy over the years. Therefore, the legislature should revise and improve the relevant laws and regulations (eg, the Regulations on Customs Protection of IP Rights) as soon as possible, in order to resolve Customs’ issues when determining whether to seize OEM products under administrative law enforcement. Defining ‘OEM’ by law as soon as possible will not only help Customs to enforce laws more efficiently and more purposefully, but also will make clear the risks and obligations of domestic OEM enterprises, thereby effectively protecting the interests of all parties concerned. 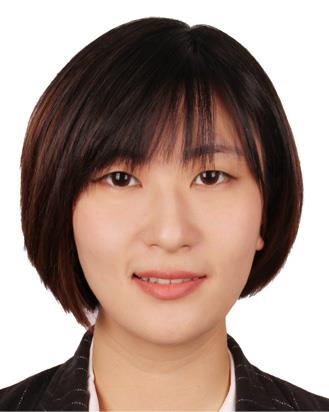 Crystal Du is a trademark attorney at Panawell & Partners. Ms Du received her BA from Beijing Technology and Business University in 2009.

Ms Du specialises in trademark counselling, search, filing, opposition, cancellation, trademark licensing and assignment, and IP customs protection. She joined Panawell as a trademark attorney in 2014. Her working languages include Chinese and English.