Effective analysis and application of big data in IP litigation

Evolution of litigation data use

China has long adhered to the civil law system, attaching equal significance to legislation and legal precedents. However, in the 1980s the country began to reform its legal system. Chinese courts have since attached great importance to the collection and analysis of legal precedents. The Gazette of the Supreme People’s Court has published typical cases since 1985. In 1992 the Supreme People’s Court established the Institute of Applied Law, which edits and publishes the Collection of Cases of the People’s Courts.Since 2000, the tribunals under the Supreme People’s Court have edited and published a series of adjudication guidelines on various subjects, which include references to significant precedential cases. However, the binding force of these cases on the adjudication of subsequent disputes was not confirmed until relatively recently. With the advancement of judicial reform and the establishment of the case guidance system, new breakthroughs have been made in the application of legal precedents and judgments.

On November 26 2010 the Supreme People’s Court promulgated the Provision on Case Guidance, marking the formal establishment of the case guidance system. Thus far, the court has published 87 guiding cases in 16 series. In 2014 the fourth plenary session of the 18th Central Committee of the Chinese Communist Party moved to strengthen and standardise judicial interpretations and case guidance in order to harmonise the application of law.

On April 24 2015 the Supreme People’s Court established the IP Case Guidance and Research Base at the Beijing IP Court. One of the major functions of the base is to “accumulate experience and make contributions to the development of the case guidance system” in respect of IP issues. The base now has more than 200 well-known IP experts, scholars and senior attorneys, and has selected more than 500 typical prior cases according to strict criteria. Such precedents will contribute significantly to the improvement of the case guidance system.

In November 2013 and August 2016 the Supreme People’s Court promulgated the Provisions on the Issuance of Judgments on the Internet by the People’s Courts, which set out in detail the principles, methods, responsibilities and supervisory mechanism applicable to the online issuance of judgments by people’s courts at all levels. According to the provisions, the new online issuance platform:

Since its launch on July 1 2013, the online platform has issued over 28 million judgments, received over 2 billion views by users in more than 190 countries (including more than 500 million overseas views) and become the largest judgment issuance website in the world. Consequently, many commercial firms have emerged on the market to conduct in-depth processing and analysis of data derived from the judgments issued through the online platform.

Consistency of adjudication criteria and binding force of legal precedents

Use of litigation data

When protecting and enforcing IP rights, practitioners usually refer to precedents to predict the court’s approach to their own cases. Previously, they would focus on collecting similar cases for future reference; many senior attorneys regarded this practice as a legacy to be passed down to novice attorneys and large law firms often established their own case databases. However, such manual collection of cases has many limitations, as the number of cases grows and the nature of such cases continually changes. For example, disputes over IP rights and competition have nearly 40 level 1 causes of action and over 100 level 2 causes of action. These cases fall under a large number of complex categories. In 2016 the courts in Beijing tried 28,812 IP cases. Therefore, attorneys are finding it increasingly untenable to collect typical cases on their own. The best approach to collecting precedents is to seek assistance of third-party tools, which can significantly reduce labour costs.

Judges’ and attorneys’ use of precedents is traditionally limited to the cases personally decided by or known to them; as such, their lack of experience in certain areas may prevent them from fully understanding litigation trends. Taking a macro, big-data perspective may help in this regard. For example, the IP courts in Beijing, Shanghai and Guangzhou differ significantly in the average amount of compensation that they award and compensation approval ratings. In respect of civil patent infringement cases heard over the past three years, the average amount of compensation awarded was more than Rmb2.4 million in the Beijing IP Court, but only around Rmb100,000 in the other two courts; while the compensation approval rating was 83.9% in the Beijing IP Court, 35.9% in the Guangzhou IP Court and only 8.9% in the Shanghai IP Court. Without comprehensive databases and advanced data analysis teams, it is impossible for practitioners to obtain such data.

The recent advancement of big data and artificial intelligence technologies provides an unprecedented analytical perspective. In particular, the large-scale processing and precise positioning realised by such technologies facilitate more comprehensive, accurate and dynamic analysis. Because judgments are written in largely the same format and use the same keywords (eg, “the court of first instance found through investigation”, “opinion of the court” and “according to Sub-paragraph 8 of Paragraph 1 of Article 10 of the Trademark Law”), basic tags can be created for these keywords so that the information can be extracted in distinct batches. Millions of tags and combinations of tags can be created, thereby providing customised results for users and allowing analysts to process large quantities of data with relatively low labour costs, which in turn enables them to focus on in-depth analysis and optimisation of the results.

Data processors can undertake semantic analysis of online judgments to extract basic and higher-order elements. Basic elements include the parts of judgments that are stated in a standard form; while higher-order elements include statements of findings and judgment reasoning, which require semantic analysis to predict trends with greater precision. The more meticulously that the judgment data is processed, the more precise and extensive the subsequent analysis will be.

With increasing breakthroughs in artificial intelligence and semantic analysis technologies, computers may soon have sufficient capabilities to imitate certain human thinking processes and behaviours. This may enable them to assess collected data, self-teach accordingly, search for relevant information, make logical judgments and produce corresponding responses. In effect, they will become less dependent on human beings and their precision and efficiency in terms of data analysis will increase significantly, allowing them to generate multi-dimensional data with deeper insight.

Litigation analysis with the aid of big data and artificial intelligence technologies can directly reveal trends and finer points in court decisions over a certain period. The results of such analysis can help the judiciary and research institutions to better understand the trajectory of such trends, while also helping litigants and attorneys to devise effective litigation strategies.

The use of big data in litigation will have a major impact on the legal community and even the general public in the years to come. Along with technological progress and ever-increasing access to judicial data, this emerging sector will continue to grow in prominence. The enormous volume of resources being channelled into the sector will promote more intensive and extensive development and use of litigation data, thereby promoting the overall advancement of the legal profession. 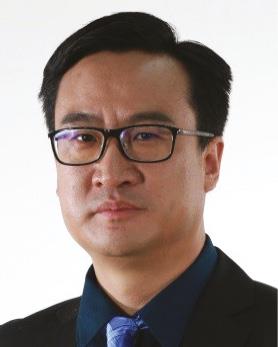 Xiang Pu, born in 1976, graduated from Capital University of Economics and Business with a master of law degree in 2002. From 2002 to 2013 he worked at the Chaoyang District People’s Court in Beijing, where he held the posts of chief judge and deputy presiding judge, authored decisions on key subjects and received a number of citations as a national civil servant. He founded Beijing IPHOUSE Network Technology Co Ltd in 2014 and serves as chief executive officer of the company. He is a part-time professor and research fellow of many colleges and universities, and an executive director of the Beijing Science and Technology Law Society. 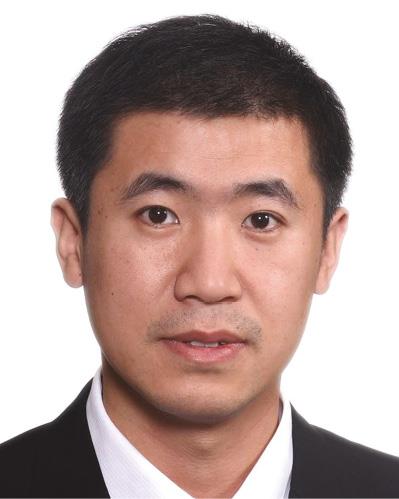 Ming Zhong was born in Shandong Province in 1975. He graduated from the Law School of Renmin University of China in 2002 and obtained a master’s degree in civil and commercial law. He has since worked for the IP division of the Higher People’s Court of Beijing Municipality and was appointed as a judge in 2005. He obtained a doctorate in IP law in 2015 and has served as senior vice president of Beijing IPHOUSE Network Technology Co Ltd since 2016. He is a council member of the China IP Law Society.