Amendments to the Guidelines for Patent Examination

On February 28 2017 the State Intellectual Property Office (SIPO) announced that the latest amendment to the Guidelines for Patent Examination would take effect on April 1 2017. Major changes under this amendment relate to the examination of business methods, computer program-related claims, prosecution of chemical inventions, the invalidation procedure and file wrapper practice, among other things.

The amended Part II, Chapter 1, Section 4.2 of the guidelines specifies that claims related to a business model with features of business rules and methods and technical features are not excluded from patentability under Article 25.1(2), which provides that a rule or method for mental activities is non-patentable subject matter. In other words, it is advisable to include technical features in a claim related to a business method to overcome objections based on Article 25.1(2). However, this does not necessarily mean that a business method is now patentable subject matter. A claim related to a business model must also meet other requirements. Specifically, a claimed solution must fall under the definition of ‘invention’, which as prescribed by Article 2 of the Patent Law is any new technical solution relating to a product, process or improvement thereof. The guidelines further define a ‘technical solution’ as a collection of technical means applying the laws of nature to solve a technical problem, and technical means are usually embodied as technical features. A claimed solution must solve technical problems, use technical means in conformity with the laws of nature and achieve technical effects in conformity with the laws of nature in order to constitute a technical solution. The term ‘laws of nature’, according to the Modern Chinese Dictionary, is defined as the laws existing in objective things in nature – that is, the inherent and essential relations between natural phenomena that are embodied as invariant under certain conditions (eg, Newton’s first law of motion).

In the third scenario, as in an ordinary patent application, the examiner uses the problem-solution approach to evaluate whether it is obvious for a person skilled in the art to combine the distinguishing features with the cited references to solve the technical problem redefined by the examiner according to the identified distinguishing features.

In the fourth scenario, experience shows that the examiner will most likely consider it obvious for a person skilled in the art to combine these business method features with the cited references and thus object to the claims as lacking inventiveness.

In short, for business method-related claims to succeed, the key is to include technical content in the claims and meet the patentability requirements (eg, novelty and inventiveness). The recent amendment of the guidelines only clarifies the examination standard on the basis of Article 25.1(2) and should not be construed as opening the door to allow business methods as patentable subject matter. It is still the technical solutions used in a business model that are allowable.

This change brings Chinese patent practice in the field of computer program-related inventions closer into line with that of other major jurisdictions.

Another change to the guidelines relates to computer program-related inventions. The amended Part II, Chapter 9, Section 5.2 of the guidelines allows a claim related to a computer program to be drafted as an apparatus claim which has both hardware and software features. Specifically, the amended guidelines specify that “If it is drafted as an apparatus claim, the various component parts and connections among them shall be specified. Said component parts may include not only hardware but also programs”. In the past, apparatus claims drafted this way were rejected for their lack of clarity; examiners would comment that such an apparatus claim is unclear as to whether the claimed technical solution is a structure or a method.

SIPO’s practice in this regard has varied. Many claims drafted in this format have faced objections from Chinese examiners and successfully rebutting the objections depends largely on the actual situation of the invention involved. The relevant amendment to the guidelines will hopefully facilitate uniform practice at SIPO. Specifically, an apparatus claim related to computer programs that is drafted as follows is permitted as of April 1 2017:

This change also brings Chinese patent practice in the field of computer program-related inventions closer into line with that of other major jurisdictions.

In addition to the amendments regarding computer program-related inventions, the recent amendments to the guidelines include changes relating to chemical inventions. Specifically, Part II, Chapter 10, Section 3.5 was introduced, which prescribes that examiners should examine any experimental data submitted after the date of filing. The technical effects to be proven by the supplemented experimental data should be obtainable by a person skilled in the art from the content disclosed in the application document.

In fact, SIPO followed this practice for years before the relevant amendment was even proposed to the public; the amendment merely explicitly affirms the practice in writing. However, experimental data submitted after the date of filing of a patent application cannot be used to fulfil the sufficiency requirement. Part II, Chapter 10, Section 3.5 of the guidelines prescribes that whether the description is sufficiently disclosed is judged on the basis of the disclosure contained in the initial description and claims. In other words, experimental data submitted after the date of filing does not form part of the original disclosure. However, supplementing experimental data is still advisable for the purpose of proving the technical effects of the invention and thus supporting arguments for its inventiveness. Notably, the guidelines specifically prescribe that any technical effects to be proved by the supplemented experimental data should be obtainable by a person skilled in the art from the content disclosed in the application document. Considering that Chinese practice is very strict with respect to added subject matter – and literal support is often, if not always, required for any amendments to be permitted by Chinese examiners – it is advisable to include as many technical effects as possible when drafting the description. However, the applicant should not take this too far by making false or misleading promises or statements about the technical effects of the invention, which may have implications in other jurisdictions.

After a Chinese patent has been granted, anyone can request the Patent Re-examination Board to declare the patent invalid. During the invalidation procedure, the options for a patentee to amend the granted claims are limited to:

Deletion of a claim involves removing one or more claims from the granted set of claims. In reality, deletion of a claim often involves deleting an independent claim in light of prior art and converting a dependent claim into an independent claim. Combination of claims involves combining two or more claims which have no dependency relation between themselves, but are all dependent on the same independent claim, in the granted set of claims. Apparently, the newly combined claim defines a new technical solution which was not present in the claims as granted. This is possible only when such a newly combined claim finds support in the description.

In the amended guidelines effective as of April 1 2017, the relevant content in Part IV, Chapter 3, Section 4.6.2 has been changed to read: “Specific manners of amendment are generally limited to deletion of a claim, deletion of a technical solution, further limitation of a claim and correction of obvious mistakes.” In addition, the guidelines prescribe that further limitation of a claim involves adding one or more technical features from other claims in order to narrow the scope of protection.

The following example shows the difference in how claims can be amended before and after the amendment to the guidelines took effect on April 1 2017:

Before the amendment took effect, Claim 1 could be amended to A+B+C+D by deleting Claim 1 and converting Claim 2 into a new independent claim. In contrast, following the entry into force of the amended guidelines, Claim 1 can now be amended to A+B+C. This provides the patentee with more flexibility and opportunities to obtain a partially invalidated patent with relatively less restricted claims than before.

The amended guidelines also include adaptive changes in Part IV, Chapter 3, which is directed to the invalidation procedure.

The amended Part V, Chapter 4, Section 5.2 of the guidelines improves file wrapper practice at SIPO. Before the amendment took effect, the content that was accessible and available for photocopying in a patent or patent application file was as follows:

Following the entry into force of the amended guidelines, for a pending patent application for an invention which has previously been published (but not yet granted a patent right), in addition to the content specified above, office actions, search reports and decisions issued to the applicant during substantive examination can be accessed and photocopied. However, the applicant’s observations filed in response to office actions issued during substantive examination remain inaccessible. For granted patents, in addition to the content specified above, priority documents and search reports issued in various examination proceedings that have been concluded can be accessed. 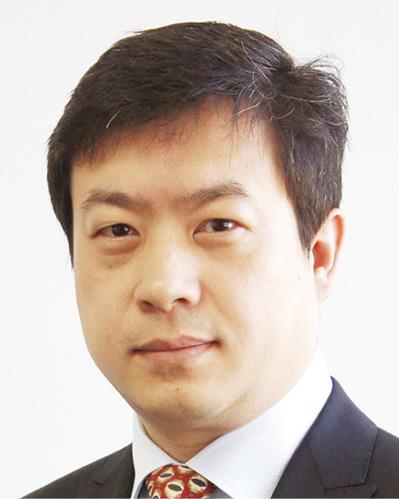 Stephen Yang is a Chinese patent attorney and partner with Chofn Intellectual Property, an IP law firm in China. His practice covers patent search, legal opinions, drafting, prosecution, re-examination, invalidation and litigation in mechanics, electronics, energy and high-tech areas. He began to practise patent law in 1997 in a Chinese IP law firm in Beijing. He then worked as an in-house patent specialist in Canada and another Chinese IP firm in Beijing before he joined Chofn in 2016. He received double bachelor’s degrees in mechanical engineering and industrial engineering from Tsinghua University in China and a master’s degree in mechanical and industrial engineering from the University of Toronto in Canada. He also received training in US patent law at a US law firm.