Full-service Vinge is one of the most prominent players on the Swedish legal market and houses “an exceptionally strong patent litigation team. You know for a fact that if its lawyers are on the other side of a case, you will be in for a ride”. Its client base is equally striking and the set regularly acts for industry leaders in high-profile cases and lucrative transactions.  “The country’s number one litigator”, Håkan Borgenhäll is “meticulous, detail oriented and manages an impressively large caseload. He has a wealth of legal knowledge and a lovely collaborative approach, even with opposing counsel”. This year he is joined by Malin Malm Waerme, a rising star with extensive life sciences experience: “She is super-dedicated, great fun to work with and gracefully handles complex pharmaceutical cases.” On the transactions front, the “brilliant” Stojan Arnerstål also makes his debut. No stranger to high-rolling deals, he recently advised Main Capital and Alfa eCare on their strategic acquisition of Joliv.

Vinge was born from the merger of four law firms in 1983, which resulted in the creation of the first business law firm in Sweden with a full-service offering. Thus, Vinge builds on years of collective experience and provides legal advice and leading expertise in all legal and practice areas of business law and is today one of the largest firms in Sweden. In contrast to many Swedish firms, Vinge has senior IP specialists in all its Swedish offices. Vinge employs English, German, Chinese, Finnish, Norwegian and Russian lawyers who know not only the law in their countries but also the language and business culture. Together with the firm’s Swedish lawyers, or local advisers, they form teams that do more than give legal advice – they build cultural bridges. In all practice areas, Vinge handles projects on a cross-border basis. The firm advises on matters ranging from international transactions to arbitration involving parties from different countries. By combining the experience of global deals with expertise in local practice and law, Vinge can advise clients quickly and comprehensively.

Vinge’s IP team plays a leading role in the most important matters in the market: Vinge’s highlights this year once again showcase a broad range of work including trademark, patent and copyright disputes, and IP portfolio management. Many of the matters have involved extensive cross-border coordination challenges. Several of the matters that Vinge’s IP specialists were involved in this year were among the highest-profile, most innovative cases in the market. Vinge’s IP law experts currently comprise three partners and six patent experts.

Vinge has particular strength in IP disputes, with the number of disputes it has handled over the past few years growing markedly. Vinge’s IP specialists act in some of the most complex and important IP disputes before the Swedish courts – an indication of the firm’s premier position in the contentious IP market.

Disputes concerning title to patents and compensation to inventors also constitute frequently recurring cases for the group, as well as R&D agreements in major arbitral proceedings.

Many of the firm’s clients are major European or US companies, which have identified Vinge as a leading firm in patents.

Vinge’s leading position in M&As and capital markets means that the IP group is frequently involved in transactional IP-related issues, including transactional-related agreements and negotiations and initial public offerings for technology and patent-intensive clients in the Swedish market.

The firm frequently advises both national and international clients on matters concerning marketing and regulatory law, and has extensive experience in sectors such as life sciences, alcoholic beverages and tobacco, sports and gambling.

Vinge’s IP group has a strong ability to draw on the firm’s other areas of expertise, working closely, as it does, with several other prominent groups and practice areas within Vinge, including the EU, competition and regulatory, dispute resolution, tax and commercial agreements departments, and the China desk. This cooperation enables the IP group to deliver premier advice in relation to complicated legal issues while maintaining a business focus highly appreciated by clients.

Vinge’s IP law specialists focus on providing commercially targeted support by combining thorough legal knowledge with a great understanding of the functioning of the regulatory regime in a commercial context. 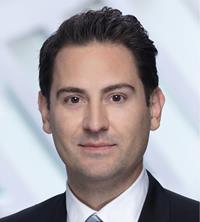 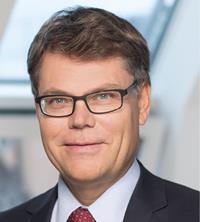 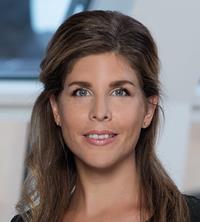