Patent owners rely on the European Patent Office (EPO) for the provision of premium-quality services and administration of legally robust patents. Comprehensive search reports, granted rights that stand up in court, prompt examination to aid transparency – these are the essential ways in which the EPO’s patent administration process helps to remove doubt as to the possible scope of future rights. However, just as quality is required, so too is speedy resolution: a timely grant, withdrawal or refusal is in everyone’s interests. Balancing quality with timeliness and productivity is therefore a priority for the EPO, and our continuing focus on quality and efficiency ensures that users can be assured of excellence in all areas.

The quality of our services continues to improve in strides. The EPO’s quality management system is now ISO 9001 certified for the entire patent granting process – from filing to publication and grant, opposition, limitation or revocation – as well as for patent information services. By embedding systems that ensure attention to detail and the avoidance of errors, we improve quality substantially. Mistakes cost time to correct and can potentially affect productivity and timeliness; thus, higher quality for the EPO has not come at a higher cost, but rather has led to efficiency savings. Users have benefited as well, with quality compliance found to be 98.6% for searches and 98.7% for examinations (easily exceeding targets of 95%).

It is a quality system that is underpinned by the reliability of the EPO search. Our 4,200 talented examiners come from among Europe’s top scientists and engineers, who are frequently fluent in three or more languages. The sheer breadth of the EPO search is highly appreciated by applicants, since the scope of our examinations extends far further than just European patents. For example, the EPO has a collection of some 3 million standards documents in its internal database and cited over 15,000 of them in 2014 (around 70% of all citations in some digital video coding and wireless communications technologies). We also cite a high proportion of Asian prior art (documents from Japan, Korea or China) – indeed, some 27% of all citations made by the EPO in 2015 were Asian. Since 2010 the number of citations made by EPO examiners which have a Korean priority has doubled, while those with a Chinese priority have tripled.

Our examiners are supported by cutting-edge tools, have access to dozens of databases – including many non-patent sources – and use effective machine translation software working in over 30 languages. The presence of our expertise and tools means that patentees can be confident that their investment in legal rights is solid, and that their rights can be licensed or enforced with little risk. The rigorous and consistent application of the high standards of the European Patent Convention is the hallmark of an international body based on the rule of law. Rules and precedents are applied predictably, giving confidence that there will be no arbitrary departure from established norms.

Innovative businesses need our quality patents in a timely manner. Patent strategies depend on accurate predictions regarding the strength of their applications and what objections they might need to overcome. Timeliness in search is therefore a key issue for both applicants and those potentially affected by pending patent rights. A competitor’s application can be a sword of Damocles hanging over the head of an innovator, so an early search report benefits not only the applicant (eg, forming the basis for critical stop/go investment decisions) but also other actors in the same industry. In the past, high demand for EPO services created backlogs in some areas. In response to user feedback, our examiner resources were refocused onto the parts of the patent grant process that are most valued by applicants (ie, a timely, high-quality search within six months of filing). Consequently, the EPO has made major improvements in the timeliness of search reports. Under the Early Certainty from Search initiative, some 89% of search reports were delivered on time in 2015. Before the end of 2016, all searches should be issued within prescribed time limits.

Thus, the recipient of an EPO search report (always accompanied by a written opinion on the patentability of the invention) has the strongest possible basis to make timely decisions about whether to proceed with the application. Certainty at the earliest stage possible inspires confidence – it is what users deserve and expect.

This is why we will now take early certainty a step forward by focusing on the timeliness of the examination and opposition procedures.

We are already focusing on expediting applications that are evidently fit for grant at an early stage, while also seeking to resolve older files. Further, the EPO encourages third parties to submit evidence that is relevant to examination (eg, previously undiscovered prior art); when not done anonymously, this can trigger earlier application examination.

For applicants with an urgent business need, the EPO can prioritise cases of special importance according to available capacity in the relevant examining division. The Programme for Accelerated Prosecution of European Patent Examinations (PACE) allows users to accelerate the processing of their search or examination. In response to user feedback, the operation of the PACE programme has been further refined with effect from the start of 2016.

In the near future, under the forthcoming Early Certainty from Examination initiative, steps will be taken to bring all applications to a swift conclusion through refusal, withdrawal or (with suitable amendments) grant. The expanded early certainty initiative will also include an opposition procedure, with the aim of reaching a decision within 15 months from expiry of the nine-month opposition period.

The high quality and timeliness of EPO search and examination are based on constant dialogue with users, a practice which improves our services and keeps us responsive and relevant. The EPO has a variety of channels to communicate with applicants and users, from feedback forms to email, helplines and key account managers. Additionally, we proactively seek feedback through a telephone survey of over 2,000 applicants and attorneys worldwide. These interviews focus on one-third of all technical areas each year. For 2015, users reported that they were satisfied or very satisfied with our search services in 81% of cases; with respect to examination, they were satisfied or very satisfied in 75% of cases.

While the EPO continues to deliver results in key areas such as timeliness and quality, it must ensure that the costs associated with doing so are strictly controlled. Both the EPO and its users operate in a competitive environment. Accordingly, we have resolutely kept our own costs and staff numbers under control, despite rising demand (eg, applications rose by 4.8% in 2015). While maintaining a stable office staff headcount of just under 7,000, we achieved a remarkable 14% leap in production in 2015. A record-breaking 365,000 searches, examinations and oppositions were processed by gradually increasing the proportion of staff engaged in core search and examination work and increasing the focus of examiners on their core tasks. This success was enhanced by a variety of factors - not least the implementation of a new performance-based career system (replacing a seniority-based career system).

Additions to our database coverage and investments in state-of-the-art IT systems will pay for themselves in terms of the above performance gains. However, all of this has been achieved at little or no cost to users: fees were not increased in 2015 and the biennial fee increase from April 2016 was limited to just 1%, with no increase in fees for international searches and international preliminary examination reports (our most demanded services).

Further, our desire to control costs for the benefit of users is reflected in the forthcoming unitary patent. In June 2015 participating member states agreed on the level of the annual renewal fees for the new unitary patent (expected to come into force at the end of 2016). These fees provide approximate status quo, at a level roughly equal to the combined costs for coverage in the four major patenting territories of the European Union – even though the unitary patent will protect 13 states (at first), rapidly rising to protect up to 26 states as and when each additional state ratifies the Unified Patent Court Agreement. Application fees remain unaffected: all European patent applications (whether they take up national character or unitary protection) are handled in the same way before grant – the same high-quality search and examination to the same high standards for the same fees.

The long-awaited Unified Patent Court will become a reality after ratification by 13 member states, including Germany and the United Kingdom - hopefully at the beginning of 2017. At this point, our applicants will finally be able to enjoy their granted European patents as a single right with unitary effect, rather than as a bundle of national rights. This reflects the trust that EU member states – and users – have placed in the EPO.

The unitary patent is just one step in preparation for a future in which EPO services are even more in demand; thus, in consultation with our users, we are continually improving our timeliness, quality and efficiency – and all the while controlling costs. These are the ways in which patent offices around the world must remain responsive and relevant to the needs of applicants. Our users have been the driving force behind numerous recent developments at the EPO and will continue to be vital partners in our future. 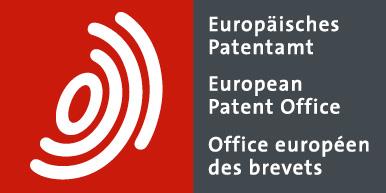 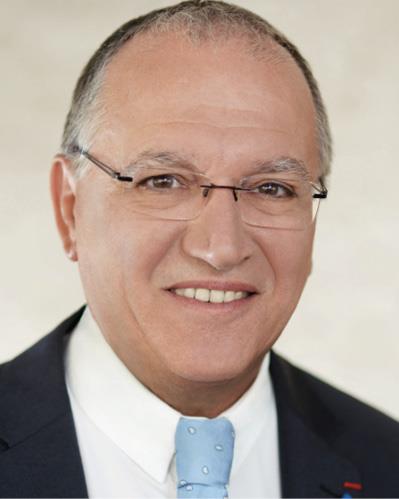 Benoît Battistelli was elected president of the European Patent Office (EPO) in July 2010. His initial mandate was extended by three years (to June 2018), following the unanimous approval of his results and programmes by the Administrative Council of the European Patent Organisation in June 2014. Before joining the EPO, Mr Battistelli was director general of the French National Institute of Industrial Property from May 2004. He was also elected chair of the Administrative Council of the European Patent Organisation in March 2009. During his career, Mr Battistelli has held several high-profile positions concerned with innovation, competitiveness and external economic relations – for example, as French trade commissioner to Poland, Italy, India and Turkey.