Protection of complex trademarks and their components

When working on trademark protection and the associated prosecution issues, IP professionals do not always see eye to eye with clients’ marketing departments. However, sometimes even the most descriptive trademark application actually does get registered; and sometimes there is no convincing the client to rethink its strategy. This is where the issue of the complex trademark appears. Weak complex trademarks are sometimes referred to as ‘fig-leaf’ marks; but with careful consideration and marketing research, it is possible to build a trademark that will satisfy the attorney, the whizz-kid consultant and the trademark authority alike. It might seem like a tall order in the beginning, but this creative aspect of trademark management and defence is also a highly rewarding mental challenge.

A ‘compound mark’ typically includes a word that is descriptive or at least non-distinctive and thus not registrable – for instance, a laudatory term such as ‘pure’ or ‘best’. Although this non-distinct element cannot be registered in its basic form, in combination with another distinctive word it forms a compound mark that is sufficiently distinctive and suitable for registration.

A ‘composite mark’ usually consists of a verbal and a figurative element, often in the form of a logo. Further, one element of the mark is descriptive while the other is more distinctive. The non-verbal element may consist of anything from a photograph to a specific colour.

The elements of a composite mark determine its strength against similar marks. For example, a non-descriptive word with the simple addition of colour or a geometrical shape will be very weak, whereas distinct elements that are sufficiently strong as to allow separate registration can extend a certain level of protection to a mark or element that would otherwise be totally devoid of distinction.

Keeping in mind that a trademark will be assessed in its entirety, registrations commonly contain elements that are merely descriptive or generic when considered in relation to the particular product or service. As long as the mark in its entirety comprises other sufficiently distinctive elements, the trademark is registrable. This is the grey area of trademark protection where it becomes necessary to consider the fine line between a complex trademark and a fig-leaf mark.

Fig-leaf marks and other pitfalls

Fig-leaf marks typically consist of a descriptive or generic word written in a fancy font or surrounded by a large blue square or something similar. Experience shows that this does not give the trademark sufficient distinction to protect it from would-be infringers using the same descriptive word combined with a different shape or colour. It is important to remember and observe the actual scope of protection – at least until the mark has established well-known status. For all trademarks that contain a descriptive word or element, there is a fine line in trademark law to follow: the mark should be sufficiently distinctive for consumers to identify its commercial origin, but should still allow the words and elements that are typically connected with the product to remain free for all within the market segment to use.

Under Article 7 of the EU Community Trademark Regulation, absolute grounds for refusal extend not only to marks that are devoid of distinctive character (under Article 7(1)(b)), but also to marks which “consist exclusively of signs or indications which have become customary in the current language or in the bona fide and established practices of the trade” (under Article 7(1)(d)).

However, including other distinctive elements in a trademark that give the mark sufficient overall distinction should make it suitable for registration.

Scope of protection in a crowded market

One reason behind OHIM’s demand for more precise lists of goods and services in connection with trademark registrations is that, with the steady growth of trademark registrations over time, identifying and establishing the scope of protection will become increasingly difficult as the market becomes more crowded. Some years ago, it was unthinkable that similar trademarks could co-exist within a Nice class. The development of more precise lists of goods and services, in conjunction with certain court decisions, means that soon mere similarity in the classification will be insufficient for a finding of infringement.

Further, trademark owners are increasingly choosing trademarks that give at least a partial indication of the offering behind the mark. Here also, the composite trademark plays a role in the future of trademarks and trademark registrations. It should come as no surprise that the number of figurative and colour trademarks has increased over the past few years and now stands at approximately 45% to 46% of the total number of Community trademark applications.

It would be good to see OHIM making more frequent use of the tools at its disposal – primarily, the demand for disclaimers. This simple tool is invaluable in connection with trademarks that contain undistinctive or generic elements.

In complex marks which consist of both verbal and figurative elements, the verbal element tends to be viewed as the dominant feature, as this is what the consumer will use when asking for the product. This makes sense, as it is easier to use a word than to describe a vaguely remembered figure or colour. Provided that the verbal elements of the marks are visibly different and sufficiently distinctive, the figurative parts may be quite similar without any risk of confusion (subject to the overall impression test). However, the importance of the figurative element’s distinctiveness varies depending on the area of business. For example, using a cow to indicate a dairy-based product must necessarily be viewed differently from using a fancy and imaginary drawing in connection with the same dairy-based product.

This is also where the possible extension of a non-registrable trademark comes into play: use of a similar word element that is as devoid of distinction as the original element may be stopped merely through use of the distinctive element. In principle, the use of the generic word should be free; however, infringement may be proven where there are similar goods and a similar distinctive element. In other words, protection against infringement may be extended to an otherwise unregistrable word.

Although the OHIM Common Practice of Relative Grounds of Refusal – Likelihood of Confusion does not target complex marks as such, trademark owners should consider which components of their compound or composite trademark are suitable for individual registration and register them. It is sound strategy to protect not only the overall appearance, but also the building blocks that create the mark and its market presence. It is easy to envision a competitor identifying a mark made up of three or four components and, by borrowing the building blocks of the mark, tearing down the mark’s protective wall little by little. This could involve using one of the distinct elements from the mark together with one of the descriptive elements to form a new trademark that does not necessarily create the same overall impression as that of the prior registered mark, yet alludes to the old mark in such a way as to dent its protective armour.

However, despite the recommendation to consider building a trademark around a non-distinctive element, it is also extremely important to remember that the element, with or without registration as part of a complex trademark, is still generic and thus non-protectable by itself. This means that even though the registration may work as a deterrent to competition, it affords no protection to the generic part. A well-built complex mark will doubtless give its owner a wider protective space around its products and services; it will give low-level but recognisable protection to the distinctive element within it, but it will not give the owner the tools to go after any subsequent complex mark using the same generic element. There are still quite a number of ‘fig-leaf’ marks in the trademark registers and, although they may be upheld, they cannot form a basis for attacking complex marks. Recent decisions include:

For defensive registration of a complex mark, the rights holder should register the mark as a whole, as well as the individual elements that are sufficiently distinctive to allow for registration by themselves. These elements could be colours, figures or words – fancy or otherwise – that have no relation whatsoever to the goods or services sold under the complex trademark. To build a box around a trademark, you sometimes have to think outside the box. 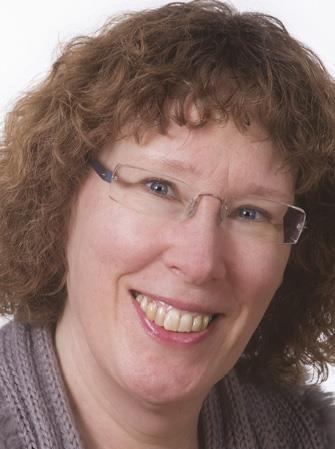 Lena Ericsson works in all areas of IP law. She focuses on providing strategic advice regarding trademark and design protection, including strategy development, copyright protection, objections, agreements and infringement issues. She also works on business-related IP issues such as the commercialisation of various IP rights and advises on issues such as licensing agreements, confidentiality and transfers.

Ms Ericsson has a background as a business attorney but has worked in intellectual property since 2001, when she started working for an IP-focused company in Copenhagen. She is a member of the European Communities Trademarks Association Design Committee. 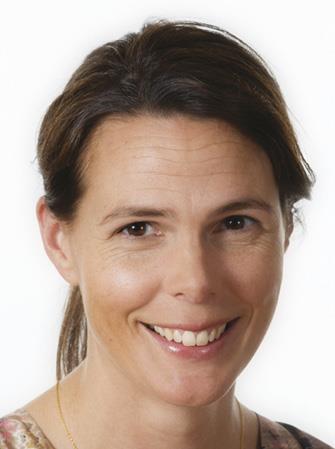 Linda Granstrand Füle specialises in the legal, business and strategic aspects of IP and marketing law and related legal issues. Her experience includes the protection, commercialisation and enforcement of IP rights through trademark and design prosecution, drafting and negotiation of agreements and advising on copyright, patents and know-how. She also represents clients in opposition proceedings and litigation matters.

Ms Granstrand Füle started at Valea in 2015 and manages the legal department. She has been working as IP counsel since 2000. Before joining Valea she worked at another IP firm for over six years and was responsible for its legal department in southern Sweden. She also has experience of working on pan-Scandinavian matters.