The Indian media and broadcasting industry has grown by leaps and bounds in the past three decades. Access to the latest technology and information has increased exponentially in the internet age, sparking creativity among the public who are now generating and sharing original works in significant volumes. Issues regarding the creativity and originality of content generated by artificial intelligence are even being grappled with! This presents the media and broadcasting industry with numerous challenges regarding the protection of intellectual property. The legislation and judiciary encourage creativity, free and fair dissemination of content, while always working to prevent misuse.

India is a common law country and a signatory to various international IP treaties. The key statutes which protect intellectual property in the Indian media and broadcasting industry are:

In particular, copyright protection is extraterritorial on account of India being a signatory to the Berne Convention and the Agreement on Trade-Related Aspects of Intellectual Property Rights. Copyright registration is not mandatory under Indian law for seeking protection. In addition, the courts protect common law rights, such as personality and merchandising rights.

The current challenges unique to the media and broadcasting industry can be gauged from the variety of issues which have been the subject matter of judicial review and interpretation.

Section 37 of the Copyright Act grants a special right – known as the ‘broadcast reproduction right’ – to broadcasting organisations, independent of the copyright that rests with the creator or owner of the work which is being broadcast. The term of the right is 25 years. In Asia Industrial Technologies v Ambience Space Sellers in 1997, the Bombay High Court held that this right is available to broadcasting organisations, even if they are situated outside India, so long as the broadcast is available in India for viewing.

The right entitles a broadcaster to prevent others from engaging in the following with respect to the broadcast of a programme or a substantial part thereof:

The Copyright Act does not define a ‘broadcasting organisation’, although ‘broadcasting’ is defined as ‘communication to the public’:

Section 31D of the Copyright Act enables broadcasting organisations to request the Intellectual Property Appellate Board – a specialised tribunal for IP rights matters – to fix statutory royalties for literary and musical works, as well as sound recordings. The organisation must pay royalties to the owner of the copyright at the rate fixed by the board. The provision uses the terms ‘radio broadcast’ and ‘television broadcasting’. Section 31D was introduced to the statute in 2013, by which time the legislature was well aware of the Internet as a means of content sharing.

The courts have recently had to grapple with whether internet streaming services qualify as broadcasters. The question was answered in 2019 by the Bombay High Court in Tips v Wynk in the context of the statutory licence regime under the act.

The court held that online streaming services cannot avail of the benefit of the statutory licensing regime, as Section 31D applies only to radio and television broadcasters. The exclusion of any reference to the Internet in the provision was read by the court as a conscious choice to limit the statutory licensing regime to radio and television broadcasters only. The matter is sub judice in appeal and the issue is yet to be finalised.

A lingering issue for the media and broadcasting industry, particularly in the field of sport and live matches, is contemporaneous or simultaneous coverage via webpages and mobile apps of such events which are broadcast by an authorised official broadcaster which has invested in the broadcasting rights.

In Star India v Piyush Agarwal (2013), a single judge of the Delhi High Court passed a limited injunction order restraining the defendants from dissemination of live match information in the form of ball-by-ball or minute-by-minute score updates and match alerts, without obtaining a licence from the Board of Control for Cricket in India (BCCI) (the body that governs, organises and promotes cricketing events in India). The plaintiff had obtained a television broadcasting licence from the BCCI and sought an order restraining the defendants from simultaneous text-based reportage of cricket matches on their mobile app. The court passed a limited injunction order allowing the defendants to report with a time lag of 15 minutes from the actual broadcast, which would allow the official broadcaster to reap the benefits of its investment. On appeal, the Appellate Bench of the Delhi High Court overturned the decision, holding that match information and updates are essentially facts and have no protection under the Copyright Act. Therefore, publishing or sharing match information or facts, irrespective of commercial or non-commercial use, does not amount to copyright infringement, unfair competition or unjust enrichment. The decision was appealed before the Supreme Court. Although the Supreme Court restored the interim arrangement passed by the single judge, it is yet to decide the issue finally.

Traditionally, John Doe orders have proven to be an effective method for rights holders to secure their rights, both in the physical and digital world. The first John Doe order passed in India – Taj TV v Rajan Mandal (2002) – was in the context of the violation of broadcast reproduction rights of a sports TV channel, wherein the Delhi High Court appointed court commissioners to seize equipment at the premises of unnamed cable operators who were broadcasting the 2002 Football World Cup without agreement with the plaintiff (the official broadcaster). The John Doe model has been successfully used against large-scale piracy by a large number of media houses and broadcasters over the years.

However, John Doe orders have also led to cases of misuse, where legitimate content and entities were blocked under the guise of such orders. This resulted in the Bombay High Court in Eros International Media v BSNL (2016) prescribing a three-step verification test for blocking orders to be passed:

The court also prescribed that all internet service providers would be required to deploy a blocking page providing details of the order and the court, enabling any legitimate or innocent party to approach the court.

John Doe orders have gradually become ineffective in today’s digital age – where piracy is instantaneous and pirates untraceable – thus requiring a fresh solution. The media and broadcasting industry faces significant revenue loss on account of pirated copyrighted work available on websites which are freely accessible and downloadable. Websites such as Piratebay, Kickass Torrentz and other such ‘rogue’ sites function solely to make pirated content available. If one URL or server is blocked, several others surface with the same or similar names and server locations. In this regard, the 2019 Delhi High Court judgment to combat piracy, by way of a dynamic injunction, has provided significant relief to media and broadcasting industry copyright owners to combat Hydra-headed rogue websites. To identify and prevent such sites from hosting and making available pirated content, the court, in UTV v 1337X.to, devised an effective mechanism by issuing a ‘dynamic injunction’, which not only injuncts the identified websites but also future mirror websites. The court has prescribed the following factors for classifying websites as ‘rogue websites’:

The criteria laid down by the court to determine rogue websites was needed in order to prevent any misuse of the dynamic injunction against legitimate online platforms which fall within the definition of ‘intermediaries’ and enjoy statutory immunity under the Information Technology Act 2000 and its guidelines.

The Internet has removed traditional barriers associated with the dissemination of content, providing the media and broadcasting industry with new avenues through which to monetise and make available their content. Free access to online platforms gives content creators a global audience, which, if used correctly, can add tremendous advantages and revenue to the industry. One such success story is T-Series, which is currently the number one subscribed channel on YouTube! However, online platforms which have millions of users and uploaders may find that their platforms are being used to upload content without rights or authorisation, sometimes unknowingly and sometimes deliberately. The volume of content on such platforms is so vast that human supervision is impossible. Protecting free speech and encouraging the growth of ideas for socio-economic development must be balanced with the rights of copyright owners. The Delhi High Court in its judgment Myspace Inc v Super Cassettes Industries (2016) recognised the nature of online platforms, the millions of uploads per second, the advantage of such platforms for free speech and the content being processed in an automated manner without human intervention, to declare that the actual knowledge of infringing content can be only by way of identifying the specific URL and notifying the online platform. The court held that social media platforms that act as intermediaries are exempt from liability for infringing content uploaded by users, provided that they take immediate measures to disable access or remove the content on receiving ‘actual knowledge’ of such infringement by way of a specific URL, as the intermediary cannot be burdened with the duty of determining whether the content is legitimate or illegitimate. The court recognised that there could be content online which is authorised, licensed or comes within the purview of fair use.

Celebrity and personality rights are not governed by legislation in India but through evolved jurisprudence. In a 2018 landmark judgment, the Supreme Court of India upheld the ‘right to privacy’ as a fundamental right guaranteed under the Constitution of India (Puttaswamy v Union of India), recognising personality rights as a facet of the right to privacy. It declared that all persons have a right “to exercise control over his/her own life and image as portrayed to the world and to control commercial use of his/her identity” and “to prevent others from using his image, name and other aspects of his/her personal life and identity for commercial purposes without his/her consent”.

Over the years, many celebrities, including film stars, artists, politicians and sports personalities, have secured injunctions against the unauthorised use of their names or pictures for commercial purposes. However, courts will not interfere with the honest and bona fide use of one’s own name in business, notwithstanding the identity of such a name with that of a celebrity. The Delhi High Court judgment in Gautam Gambhir v DAP (2017) is instructive on this point.

Producers and celebrities often resort to trademark and passing-off laws for legal protection of their names and character likenesses. In Star India Private Limited v Leo Burnett (2002), the Bombay High Court deemed it necessary that the characters to be merchandised must have gained some public recognition and life independent of the original product or milieu in which they appear.

In the context of merchandising the image of real, living persons, in DM Entertainment v Baby Gift House (2010), the Delhi High Court applied the common-law principle of passing off and granted an injunction against the unauthorised sale by a third party of dolls resembling a renowned pop singer, without their permission, in view of the possibility of consumers being deceived into believing that the dolls had been in fact endorsed.

The media and broadcasting industry is growing rapidly and traversing its own traditional models towards new pastures avenues. Naturally, new challenges are emerging with such growth. It is heartening that the courts in India are resolving such issues in line with global jurisprudence, while keeping in mind the balance to be maintained between freedom of expression and the rights of content owners. 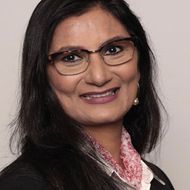 She is a member of the APAA’s Anti-Counterfeiting Committee (India Group); INTA Enforcement Committee; the AIPPI Study Committee on Pharma and Biotechnology; and Lead for the India Study Group on IP Damages for Acts Other than Sales. She recently authored the India chapter in the Wolters Kluwer – AIPPI Law Series Book on Antibody Patenting and regularly speaks at global fora.