Protecting Brazilian biodiversity and its relationship with the patent system 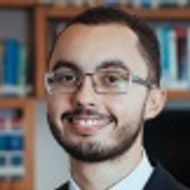 Biodiversity in Brazil has significant potential to treat many diseases and health problems. As such, it is of great importance in the R&D of drugs and compounds, which are protectable by patents. However, legislation on national genetic heritage must be accurately observed when filing for a patent.

The Management Board of Genetic Heritage (CGen) monitors access to genetic heritage. Its structure and scope were outlined in Decree 8,772/2016, which also established the National System of Genetic Heritage and Traditional Knowledge Management (SisGen), an electronic system that registers access to genetic heritage. The system provides applicants with the necessary receipts to request IP rights (according to Article 23 of the decree), including patent filings. Further, Article 47 of Law 13,123/2015 restricts the granting of IP rights related to the finished product or reproductive material to the registration at SisGen.

In cases where the subject matter of a patent application involves access to genetic heritage but the application has been filed without referencing an access registration at SisGen, the National Institute of Industrial Property (INPI) will publish an office action requesting a response from the applicant, without which the application may be shelved. Thus, it is of paramount importance to inform INPI about any use of the national genetic heritage during the product manufacture (or process development phase) in order to obtain patent protection.

The legal and administrative framework created around national heritage provides an improved management and tracking process for genetic samples that are being analysed or used for manufacturing products. According to CGen, 662 cases of access to genetic heritage were registered between 6 November 2017 and 8 March 2018. Moreover, in the same period, 36 remittances were communicated to the authorities.

CGen has shared data on access to SisGen in other countries as well – Germany, Belgium, the United Kingdom, the United States, Japan and China all appear on the list of countries that have carried out R&D and/or developed products and processes with the use of genetic heritage.

Overall, Brazilian biodiversity is of great use when researching diseases and various disorders, provided that the national legislation is observed. Adherence to Brazilian law will ensure the appropriate protection of inventions related to genetic heritage, while enabling their management by the relevant authorities.