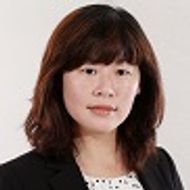 The Legislative Yuan has held a public hearing to discuss a proposed amendment to Article 136 of the Taiwan Patent Act, which is known as the repair clause. This follows a 2019 case where German company Daimler AG sued Taiwanese company Depo Auto Parts Ind Co Ltd for patent infringement based on the design patents for a car lamp. At first instance, the IP Court ordered Depo to pay NT$30 million (approximately $1.07 million) to Daimler, which created an uproar in the Taiwanese legal community.

Currently, more than 20 countries have introduced repair clauses in a variety of forms to shield third parties that, for maintenance purposes, reconstruct the overall appearances of composite products (ie, products composed of multiple parts) from being accused of patent infringement. The legislators suggested that the patent terms of a design patent related to pieces of a composite product should be shortened and a trade-off should be achieved while protecting consumer rights. This would promote industrial development while conforming to international trends.

The proposed amendment to Article 136 states that “the effect of a design patent right shall not extend to where the parts are applied in restoring the original appearance of a car or a vehicle for a maintenance purpose”. This means that the parts used to repair a car and restore its original appearance will be excluded from the scope of protection. Even where said parts are obviously copied from an original design, the patentee is still not able to claim patent infringement and damages.

Those who agree with the proposed amendment believe that the patent rights acquired for the appearance of auto parts after being protected in the new car market should not be improperly extended to the after market, thus causing consumers to be excessively restricted in their choice of parts for maintenance. Further, the repair clause could prevent the monopoly of patent rights from hindering the economic development of the manufacturing industry for automobile parts in Taiwan.

Those opposed to the proposed amendment assert that its legislative purpose is unclear and is even somewhat contrary to the purpose of the Patent Act (ie, “to encourage, protect, and utilise inventions and creations so as to promote the development of industries”). It is clear from the act that what is to be protected is the innovative industry based on IP rights, not an industry that copies patented products under the umbrella of a repair clause.

Any thought of introducing provisions similar to a repair clause should also include other legislative considerations (eg, compensation paid to the affected patentee) for the addition of a repair clause rather than adopting foreign-influenced legislation in fragments. Taiwan’s Legislature should carefully consider the pros and cons of such repair clauses when making a final decision.