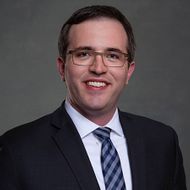 The patent landscape in the United States may be on track for a substantial overhaul. Following landmark Supreme Court decisions such as Mayo Collaborative Services v Prometheus Laboratories, Inc (2012), Molecular Pathology v Myriad Genetics, Inc (2013) and Alice Corp v CLS Bank International (2014), determining whether an invention embodies patent-eligible subject material has, at times, appeared to be more of an art than a science. Decisions by the Federal Circuit Court of Appeals since Alice have attempted to clarify the appropriate analysis for patentability under 35 USC Section 101, but many stakeholders have continued to express dissatisfaction with the status quo.

Members of Congress have taken up the calls for change, and a bill to amend the Patent Act is working its way through subcommittees on intellectual property in both houses of Congress. A draft text was released on 22 May 2019, which proposed changes to Sections 100, 101 and 112, along with "additional legislative provisions" that are intended to provide guidance to courts addressing the new provisions:

(k) The term "useful" means any invention or discovery that provides specific and practical utility in any field of technology through human intervention.

(a) Whoever invents or discovers any useful process, machine, manufacture, or composition of matter, or any useful improvement thereof, may obtain a patent therefor, subject to the conditions and requirements of this title.

(b) Eligibility under this section shall be determined only while considering the claimed invention as a whole, without discounting or disregarding any claim limitation.

The provisions of section 101 shall be construed in favor of eligibility.

No implicit or other judicially created exceptions to subject matter eligibility, including “abstract ideas,” “laws of nature,” or “natural phenomena,” shall be used to determine patent eligibility under section 101, and all cases establishing or interpreting those exceptions to eligibility are hereby abrogated.

The eligibility of a claimed invention under Section 101 shall be determined without regard to: the manner in which the claimed invention was made; whether individual limitations of a claim are well known, conventional or routine; the state of the art at the time of the invention; or any other considerations relating to Sections 102, 103, or 112 of this title.

While the draft legislation text is short, its impact could be profound. Should these amendments be enacted into law, each could substantially change how the USPTO and the courts consider patent eligibility. In general, these amendments are designed to address concerns that the current test for subject matter eligibility under Section 101 subsumes requirements for patent eligibility (eg, novelty and non-obviousness) found elsewhere in the Patent Act.

For example, the elimination of judicial exceptions for abstract ideas, laws of nature and natural phenomena could end the precedent that has existed for decades, allowing substantially more patent applications (eg, mathematical formulas and isolated genes) to make it past Section 101's gatekeeping requirement. Similarly, proposed Section 101(b)'s requirement to "consider[] the claimed invention as a whole" and the provision narrowing the determination of eligibility under Section 101, viewed alongside the elimination of the judicial exceptions, would likely abrogate the Alice test currently applied by courts to determine whether an invention is patent eligible. Rather than analysing the subject matter claim by claim, as taught by Alice, a court would have to determine whether a patent's disclosure, viewed as a whole, would constitute a useful invention or improvement.

The full impact of the proposed amendment remains a moving target. Senate hearings are scheduled for 4, 5 and 11 June and further amendments to the draft language are likely. However, working with the current draft, there are still a few key takeaways:

Regardless of the final text of the bill, it is probable that changes are coming to the Patent Law. The proposed bill has bipartisan support in both chambers of Congress and the White House has not signalled opposition to it as of yet. Any change to Section 101 would have the potential to remake the foundations of US patent law. Stakeholders would be well advised to remain abreast of the proposed amendments as they make their way through Congress.