Is the price paid for a patent portfolio a cap on patent damages? 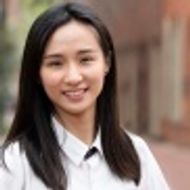 It is sometimes asserted that the price paid for a patent portfolio represents, without further modification, its fair market value in litigation. This argument is specious: it ignores the risks and costs (in this case, those associated with enforcing the acquired rights) that are necessary to earn a return on the investment. This article summarises several risks priced into patent transactions, but not into damages.

At trial, patents may be found invalid, not infringed, not essential and/or unenforceable. The rate at which patentees fail at trial can vary by jurisdiction, technology and time period. Some risks (eg, infringement) are specific to an individual litigation, while others (eg, invalidity) apply more broadly. Even assuming liability, expert damages opinions often differ by an order of magnitude or more. Conversely, past success on liability and damages may increase the likelihood of future settlement. In short, the risks of enforcement are diverse and difficult to characterise with precision across a portfolio of cases.

The time horizon for successful enforcement, including appeals, is long and uncertain. During that time, the scope of the patentee’s rights and prospects for recovery may change unpredictably with changes in the law. The law may also limit damages to a sub-set of the infringement period. Even when damages are recovered, the rate of interest is generally much lower than the cost of capital. Thus, the delay between the purchase of patent rights and uncertain recovery is itself costly and risky.

In dynamic industries, market shares at the time of sale may be a poor predictor of market shares when litigation and/or licensing occurs. Share volatility poses risks for both patentees and licensees and may affect not only a license’s payments, but also its form and interpretation. For example, a lump-sum licence necessarily embeds assumptions about future sales. If the parties’ assumptions disagree, they may structure payments as a running royalty, even if they otherwise disfavour that structure. That structure exposes the licensor to additional demand risk, as well as the risk of default.

Even if the parties agree, their sales projections need not bind a third party, whose own projections may imply a lower effective royalty rate – a rate it demands in subsequent litigation under principles of competitive equality or non-discrimination.

Patents in a portfolio are often interrelated in multiple ways. For example, patents in the same family may be subject to related risks, given their shared prosecution histories. Further, patents that are complements in use are more likely to be substitutes in litigation: if an infringer is required to use both patent A and patent B (ie, they are technological complements), then the patentee can exclude the infringer by asserting either A or B (ie, they are litigation substitutes). Whether the patents in a portfolio are technological complements and/or litigation substitutes determines the strategy by which one enforces them, and the value of that enforcement. But that posture depends in general on their use by the accused infringer and/or the construction of the claims, which are generally not known at the time of purchase.

For a company that is both an implementer and an innovator of patented technology, litigation against another implementer/innovator frequently results in an infringement counterclaim. Depending on the quality of the company’s patent portfolio and other (often unobservable) factors, the company may prefer not to provoke such retaliation.

Such factors are even more likely to limit the possibility of litigation when the patentee has vertical, not just horizontal, relationships in the product market, as well as in technology markets. For example, if a patentee sells components to its rivals in a downstream product market, the assertion of patents against these rivals may mean suing one’s customer – rarely a formula for long-term success.

Released sales and other settlement concessions

In their search for mutually acceptable terms, parties often move towards one another’s positions, across multiple contract dimensions, including multiple financial terms. For example, a licensee may agree to a requested royalty rate on future sales in exchange for a discount (relative to that rate) on past sales, because future prices can be increased to reflect the increased cost of the royalty, whereas past prices cannot. But this concession also makes delay attractive to a prospective licensee, as more of its future sales slip into the past.

A licensor’s acquiescence to one licensee’s demand for a settlement discount is likely to be met by the same demand from others. A rational investor will discount the total expected royalty payments and will perceive settlement risks to be interdependent between contracts.

There are further constraints on a patentee’s exploitation of SEPs, given its commitment to fair and non-discriminatory licensing. For example, suppose that a patentee announces a portfolio rate of 2% of sales. After the standard has been finalised, the patentee’s portfolio merits a 2.5% rate, reflecting unexpectedly high quantity and/or quality. Demanding that a higher rate may run the risk of the portfolio being found unenforceable, allegedly due to patent ‘hold-up’. By constraining the patentee to adhere to its initial 2% offer, the FRAND rules limit the upside royalty potential derived from the positive surprise. The additional value can be recouped only by selling off the portfolio to an unconstrained party.

Conceptually, each risk factor represents a unique ‘discount’ relative to the amount that the patentee might win at trial. Suppose the following facts: if an acquired patent is found valid and infringed, a prospective investor expects to win $100, five years in the future; the probability of that success is 60%; the investor must spend $2 each year on enforcement; and the discount rate is 10% per year. The risk-discounted present value of such an asset is about 30 – not 100. Absent a fulsome analysis of risks identified here, it is erroneous to cite as damages evidence the risk-adjusted price that the investor actually pays.  Such evidence only “skews the damages horizon” against the investor.