The price of allegiance: NBA's ‘supermax’ is super unpredictable 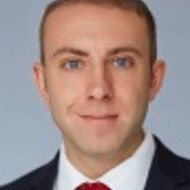 Imagine $221 million in cash just sitting on a table. That is the amount of the so-called ‘supermax’ deal that the National Basketball Association’s (NBA's) San Antonio Spurs offered their superstar wing Kawhi Leonard during his restricted free agency summer of 2018. Now imagine turning that money down for a substantially lesser contract. That is exactly what Leonard did, forcing a trade to Toronto, and that is exactly what many believe other eligible franchise players will do in the future. These developments have exposed problems with the supermax provision of the Collective Bargaining Agreement (CBA) that will continue to punish smaller market teams that seek to keep their star players and remain competitive in a league built for players that excel under the bright lights. This article examines how a provision expected to benefit franchises in smaller markets has gone awry and suggests possible improvements.

A supermax contract is a contract extension for players who achieve the highest tier of NBA accolades. The designated-player exception – or designated veteran rule (supermax) – allows a team to offer a homegrown elite player in their seventh or eighth year a contract priced at 35% of the team's salary cap, which is a maximum amount normally reserved for players with 10 or more years in the league. According to the CBA, in order to be eligible for the supermax, the player must achieve one of the following:

No other team can offer this sum after the players' seventh or eighth season in the NBA, creating a real financial incentive for superstars to re-sign with the team that developed them. In particular, it is designed to help small market teams to compete in free agency with larger markets – at least that was the idea in theory.

Putting a price on allegiance (and other byproducts)

The rule meant to incentivise superstars to stay put has caused certain teams to take a hard look at their players to decide whether they are worth 35% of the team’s salary cap. Under this exception, players can now earn substantially more money from the team that drafted them, but that does not mean owners will open their piggy banks, nor that players will even accept such offers. The most problematic issue is that such deals make it outrageously difficult to build a title-contending team around the supermax player. Their contract could eat up so much of the salary cap that they would have little to no flexibility to engage in other deals.

In June 2017 Jimmy Butler landed in the murky area in which debating a traditional maximum deal or new supermax contract becomes extraordinarily difficult for teams. Given that he made another all-NBA team in 2017, in 2018 the Chicago Bulls could have given Butler a five-year, $220 million supermax – escalating to a salary equivalent to 35% of the salary cap. Butler was about to turn 28 and was a consensus top-15 player in the league, but the Bulls decided not to pay. Opting for more cap space flexibility, Chicago dealt Butler – plus the 16th pick in the 2017 draft – for three unproven players and the chance to bottom out for a high pick in the 2018 draft. It is up for debate whether the Bulls are in a better spot now than if they had 30-year-old Butler on the roster, but the impact of the supermax is clear – the cost can force a team to trade its best player when it otherwise probably would not have.

On the other hand, supermax deals for James Harden, Steph Curry, Giannis Antetokounmpo, Kawhi Leonard and Anthony Davis were simple. These are the calibre players for which the designated veteran player exception was created. While Harden and Curry acted as the CBA intended (by becoming franchise stars and team icons), Leonard decided to put the Spurs – a team on which he won an NBA championship and Finals MVP – behind him and force a trade. With the spectre of Leonard lingering and the Pelicans' Anthony Davis approaching his supermax extension in Summer 2019, the sharks are beginning to smell blood and circle in the water. Now that Davis has informed New Orleans that he is seeking greener pastures, teams like the Lakers and Celtics with copious young assets and draft picks are already foaming at the mouth to make a trade to land (and later re-sign) Davis. Sadly, it would constitute front-office malpractice for the Pelicans to ignore these offers, retain Davis for his final year, and then let him leave in Summer 2020 for nothing. But the notion of trading perhaps the league’s best player and future winner of the Most Valuable Player award seems like equal or greater malpractice. These Catch-22 scenarios are maddening for small market teams and their fan bases.

Is there a solution?

The supermax often seems to function in many ways except for its intended purpose. With Leonard now in Canada, NBA front offices across the league are seeing that the price tag on allegiance may not be realistically obtainable. To a player with hundreds of millions in commercial endorsements, an extra $70 million in contract money is simply not enough to remain loyal. The supermax is truly super unpredictable.

This may seem self-evident, but as reflected by recent examples, a team that is able to offer the most money is an insufficient incentive to the modern-era NBA superstar. Teams looking to maintain their elite talent must be careful to surround their all-star with other players to compete at a high level. If the elite player detects a front office's unwillingness to break the bank for other good players, no amount of money will compel them to spend their prime years there.

With the qualifications currently in place, deserving players like Gordon Hayward and Paul George were not eligible for the supermax. With other borderline superstars (ie, those all-stars narrowly missing the all-NBA team) re-signing with the teams that drafted them, there would theoretically be greater parity across the league and fewer desirable free agents moving from team to team.

Lower the max and supermax cap

Currently, the max contracts bump from 25% (zero to six years) to 30% (seven to nine years) to 35% (10 or more years). Lowering each tier by 5% may allow teams to build more competitive teams around a player. This decrease would not be well received by star players who are probably already underpaid pursuant to their contributions to league and team profits.

The exception to the supermax cap is when a team pays the salary amount equating to 35% of the cap to the supermax-eligible player but only counts that contract as 30% of the cap. This exception allows teams to avoid the luxury tax and potentially create a more competitive roster.

It is possible to make the supermax an extension that players can only trigger two-to-three years before they reach free agency (ie, in the fifth or sixth year). Incentives to opt in to their supermax deal before more alluring team trade offers and roster destinations should be offered as they approach their free agency summer in the seventh or eighth year.

Base contract extensions on cap numbers

Presently, contract extensions are based on the player's current contract. Given that the salary cap increases annually, extensions on current contracts based on older cap numbers restrict their ability to earn more as a free agent because of the higher cap. In other words, it makes no sense for a player to sign an extension because, as the cap keeps increasing, they can earn more in the free market, leading to more high-level free agents.