The patent linkage system refers to the ‘linkage’ between the regulatory approval of generic drugs and the patent protection of the relevant innovative drugs. When the owner of a generic drug applies for marketing authorisation, the drug regulatory department will work together with the patent administration department on the patent issue. If there are relevant patent disputes, the drug approval process will be postponed until the disputes are resolved. Under this system, the patent dispute would be resolved at an earlier stage, avoiding uncontrolled damage to the patent owner and bringing certainty to the generic manufacturers and their marketing strategy.

The concept of ‘patent linkage’ was first put forward in the Hatch-Waxman Act 1984. Along with other provisions – including abbreviated new drug applications, Bolar exemptions, patent-term extensions and data exclusivity – it constitutes an integral system necessary to balance both the innovator’s and the public’s interests.

In the third amendment of the Patent Law, the Bolar exemption was introduced in China for the purpose of promoting the marketing of generic drugs, with other provisions protecting the innovator’s interest being left behind. The incomplete nature of this reform brought controversy to the infringement determination of a generic drug company’s application for marketing authorisation. In practice, the court usually places a generic drug application under the Bolar exemption, which unduly enlarges the coverage of this provision, meaning that innovative drug companies cannot prevent infringing acts before they occur.

With this background, establishing the patent linkage system in China has become an increasingly eye-catching topic, as well as one of the most important highlights in the recent revision of the Patent Law.

Discussions have been held for years on building the infrastructure and regime for patent linkage in China. In 2017, the Central Committee of the Communist Party of China and the State Council issued “Opinions on Deepening the Reform of the Evaluation and Approval Systems and Encouraging Innovation on Drugs and Medical Devices and the Opinions on Strengthening the Protection of Intellectual Property Rights”, specifically reciting exploration and establishment of a drug patent linkage system. Relative research and discussions later became a hot topic in IP circles. With the promulgation of the Fourth Amendment of the Patent Law in 2020, the establishment of the patent linkage system in China has finally been settled.

In the recent revision of the Patent Law, Article 76 has been incorporated as a principled provision for the drug patent linkage system. Patent owners or the parties of interest can file a lawsuit or apply for an administrative ruling on the patent disputes related to the drugs with a marketing authorisation application. The details of the implementation still require clarification in the implementing regulations, which are to be issued at a later date.

Since September 2020, several drafted measures and judicial interpretation have been published by the National Medical Products Administration (NMPA), the China National Intellectual Property Administration (CNIPA) and the Chinese Supreme Court. Although these provisions are still in the draft-for-comment stage, they collectively constitute a framework for the future patent linkage system from both a judicial and an administrative aspect.

How the new patent linkage system will work

In the proposed patent linkage system, the NMPA will establish a patent information registration platform for marketed drugs. Generic drug companies will be required to submit a statement on the patent issues along with their marketing authorisation application. The statement will be categorised into four types:

The proposed regime is similar to analogous systems in other jurisdictions, but there are several locally specific features.

One of the most important features of Chinese IP protection is the bifurcated adjudication system, under which both judicial and administrative approaches are available for the rights holder to assert its right. This feature is also reflected in the proposed patent linkage system. As stipulated in the revised Patent Law, the rights holders are allowed to go to court or apply for an administrative ruling when facing a generic drug application that could potentially fall within the patent scope.

The bifurcated designation could provide a diverse and flexible approach to patent dispute resolution. Compared to the conventional judicial litigation, administrative enforcement would be less time consuming as examiners have more professional knowledge to apply, therefore constituting an attractive ‘plan B’ for patent dispute resolution. However, the relevant provisions must be carefully designed to avoid an impractical system.

For example, one of the most controversial provisions of the drafted measures is the nine-month waiting period, which is seen as too short in view of current judicial practice. With the court unable to issue a judgment within the waiting period, the rights holders may turn to the administrative approach for a more efficient proceeding. However, under the current bifurcated system, the administrative rulings still need to go for judicial review, which means the decisions made by the patent office are not final and could potentially be reverted by the court. This would bring uncertainties to the drug company’s decision-making process and even result in the failure to resolve drug patent disputes at an early stage.

Various suggestions have been made to avoid this pitfall. The most straightforward way is to lengthen the waiting period in the NMPA (eg, to 24 months), to better accommodate the current practice. In addition, setting up an expedited procedure specifically for patent linkage cases may also be an approach to promote early dispute resolution. Article 76 of the revised Patent Law specifies patent linkage litigation as a judicial confirmation procedure rather than a complete infringement litigation. This means, in principle, the court or the patent office need only decide whether the generic drug falls within the patent scope, without considering other issues that are commonly raised in a normal infringement dispute. With a proper designation, this newly introduced litigation type could become an efficient judicial procedure that better fits into the time-sensitive patent linkage framework.

Having a robust and enforceable right for innovators to assert is the cornerstone of a well-functioning patent linkage system.

In the past, one major concern of innovators was the high patent-invalidation rate in China, with more than 50% of challenged patents being invalidated. Even if the asserted patent survives the invalidation challenge, difficulties regarding enforcement (eg, due to the unduly heavy burden of proof and the executable issues) become additional obstacles for the patent owner. The unstable and unenforceable basis brings uncertainty to the patent owner in asserting its right, and the innovative drug company may even be unwilling to respond to the generic drug company’s challenge, making patent linkage a dead system.

Efforts are being made to prevent this situation. A number of reforms took place in 2020, indicating a re-orientation towards a more reasonable and practical approach.

In terms of patent stability, the most striking change is regarding the admissibility of post-filing data, the strict criteria for which has proved a decade-long headache for innovators in the pharma field during both prosecution and invalidation proceedings. In 2020, a judicial interpretation and the amended Patent Examination Guidelines were issued, clarifying that post-filing data to address the sufficiency and inventiveness rejections should be reviewed. At the end of 2020, a decision was made by the Patent Re-examination Board to uphold the validity of a Richter Gedeon patent relying on post-filing data, representing an eye-opening finding on the changes in the examination standard towards a more reasonable direction – good news for patent owners expecting a stable patent right to assert.

On the enforceability side, efforts have been made to reduce the rights holder’s burden of proof. In November 2020, the Supreme Court issued an updated judicial interpretation on the evidence of civil litigation of intellectual property, with several provisions focusing on the difficulty of proof for rights holders. On the one hand, the interpretation specifies a more reasonable distribution of burden of proof in specific situations. On the other hand, it also clarifies the court’s right to order the parties to submit evidence that is under their control, and stresses the consequence of obstruction of proof. This could be particularly significant for the future patent linkage system, for which people have raised concerns regarding the potential accessibility and consistency issue of the technical information held by generic drug companies.

In addition to setting up general rules for patent infringement disputes, provisions regarding enforceability issues specific to patent linkage are also proposed by the Supreme Court and the CNIPA. For example, in the drafted judicial interpretation, the generic drug company’s burden to provide the technical materials submitted to the NMPA is stipulated to be mandatory, and the consistency between the materials submitted for litigation and regulatory purposes is further stressed. In the drafted administrative measures proposed by the CNIPA, a discovery-of-evidence system is involved, enabling the patent office to verify the authenticity of relevant evidence with the drug regulatory department.

The recent judicial and administrative measures indicate efforts to consolidate the patent right and to provide a suitable environment for the implementation of patent linkage.

The patent linkage system was introduced to provide an early resolution mechanism for patent disputes. It was envisaged that a well-functioning system would resolve the drug patent disputes before marketing a generic drug. For the innovators, an early settlement would avoid uncontrolled damage, while effective patent protection would encourage them to put more effort into exploiting innovative drugs. For the generic drug companies, the system would avoid significant indemnification due to the infringement of a marketed generic drug, bringing more certainty and encouraging more considered commercial strategies. The patent linkage system also introduces a patent challenge mechanism that would advance the commercialisation of generic drugs. As a result, patients would have access to more effective drugs at a lower price, which has been validated in other countries such as the United States and Canada. However, steps must be taken very carefully, otherwise a dysfunctional patent linkage system may be detrimental to the pharmaceutical industry.

According to the drafted measures proposed by the NMPA, the marketing exclusivity granted to the first successful patent challenger is a 12-month period. A significant benefit of this kind would stimulate generic drug companies to keep challenging innovators’ patents. However, without robust patent protection, the consequences of the innovators’ response to the challenge could be that they would not only fail to enforce their patents, but also lose the right to do so.

The good news is that both administrative and judicial departments are taking measures to strengthen patent protection and balance the positions of innovators and generic drug companies in the patent linkage system. In addition, further steps are necessary to establish the regime. For example, an efficient notification system should be established to ensure the timely assertion of a patent owner’s rights and the proposed penalty provision for a patentee’s abuse of rights should be reconsidered.

Although the designation of the specific regime remains under discussion and further work must be done to avoid any potential pitfalls during its implementation, the introduction of a brand-new patent linkage system in China represents significant progress towards the completion of a system that protects both the innovators’ initiative and the public interest. Under the innovation-driven policy, healthy development of the Chinese pharmaceutical market is to be expected. 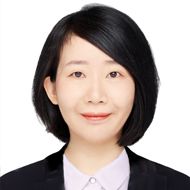 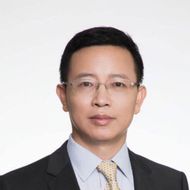