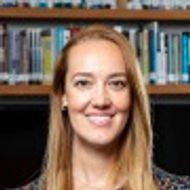 On 23 January 2018 the National Institute of Industrial Property (INPI) initiated a pilot project to simplify and streamline pending patent application examinations. The main goal of this programme is to reduce the patent backlog.

Under this initiative, INPI has published pre-examination office actions, which quote prior art documents already identified in an examination of counterparts in foreign Patent Offices. The applicant is invited to amend its application and/or to submit arguments proving that it meets patentability requirements in light of the cited prior arts. There is no official fee due for submitting such a response.

If an amended set of claims is submitted it must not violate Articles 10 and 18 of the Brazilian IP Law. Moreover, all amendments must fully comply with Article 32 and INPI’s current regulations:

Article 10 - The following are not considered to be inventions or utility models:

VI - the presentation of information;

VII - rules of games; VIII - operating or surgical techniques and therapeutic or diagnostic methods, for use on the human or animal body; and

Article 18 - The following are not patentable:

I - that which is contrary to morals, good customs and public security, order and health;

II - substances, matter, mixtures, elements or products of any kind, as well as the modification of their physicochemical properties and the respective processes of obtaining or modifying them, when they result from the transformation of the atomic nucleus; and

III - living beings, in whole or in part, except transgenic micro-organisms meeting the three patentability requirements - novelty, inventive activity and industrial application - provided for in article 8 and which are not mere discoveries.

Article 32 - In order better to clarify or define a patent application, the applicant may effect alterations up to the request for examination, provided that they be limited to the subject matter initially disclosed in the application.

The applicant may submit amendments if they narrow the claim’s scope. INPI will not allow new categories of claims at this prosecution stage.

Pre-examination actions neither replace the substantive examination – which is performed at a later stage – nor act as a fast-track programme. However, they can be a useful opportunity to confirm whether the applicant is still interested in the application(s). INPI has more than 200,000 pending applications, 20% of which have been abandoned following the first examination.

Statistics published on INPI’s official website indicate that the rate of applications allowed after the first office action increased to 54%. In 2017 only 12.5% of patent applications were allowed, with 10.8% in 2016 and 9.8% in 2015.

This pilot programme has effectively increased INPI’s productivity and has contributed to reducing the backlog. Although the programme does not solve the backlog problem, it gives applicants the chance to speed up the wait for examination.