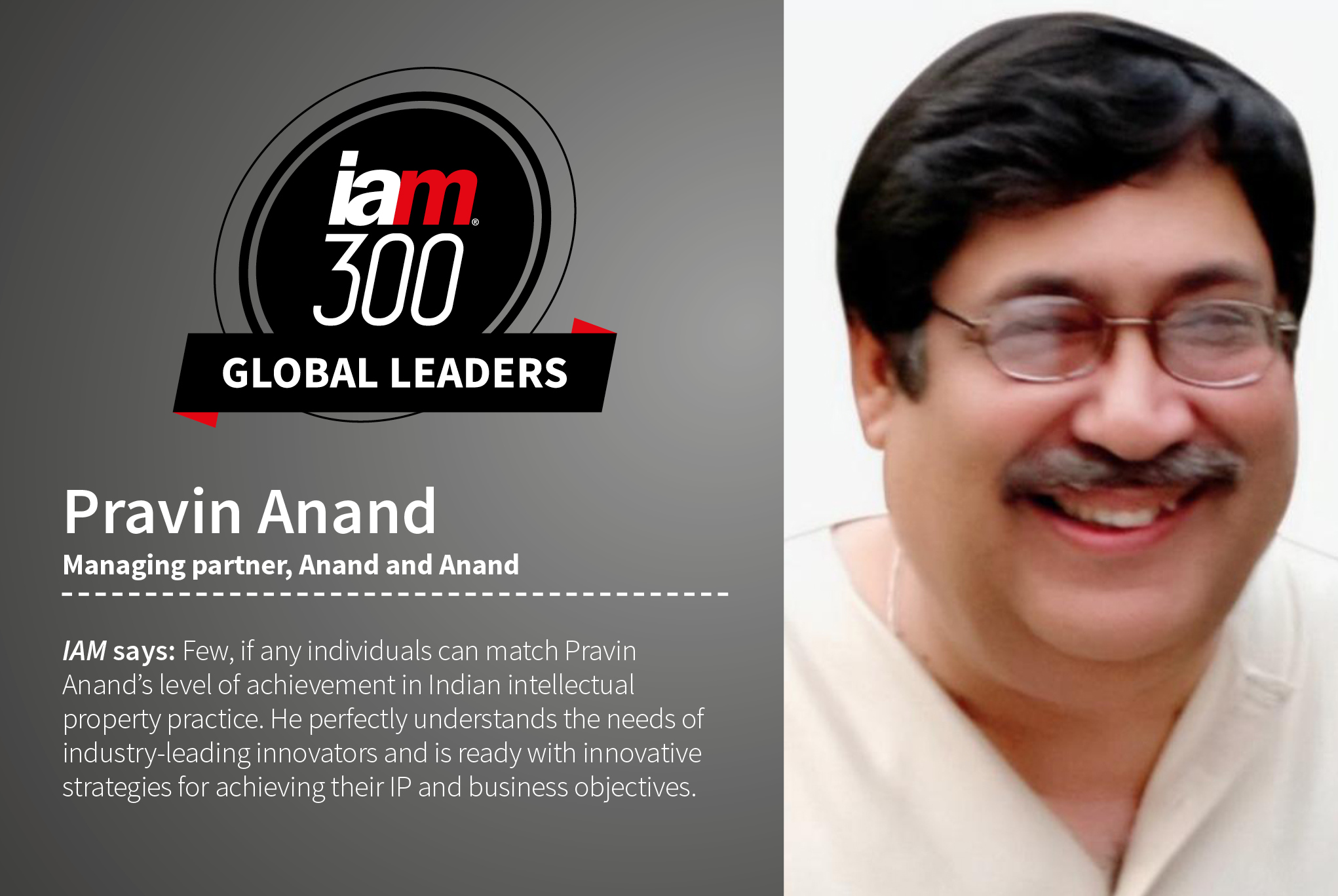 I started my career in 1979 but until 2005 pharmaceutical products were not protected under the patent regime, nor had any damages been granted for IP infringement, regardless of the type of right involved. Even in mechanical, electrical and other fields, patent enforcement was so weak that innovators felt discouraged from filing for patents or trying to enforce them.

Things started to change with India’s liberalisation policies, which included changes in domestic legislation and accession to international treaties such as the Paris Convention and the Agreement on Trade-Related Aspects of Intellectual Property. Filing rates increased dramatically but it was not until 2009 that injunctions were granted in patent litigation.

In this respect, the 30 years from 1979 to 2010 were very challenging – the way to overcome this was not to seek or expect a revolutionary change, but to look for the incremental changes that added up.

You have been at the heart of headline-grabbing cases, including the Merck and Hermes cases. What do you think makes for a successful conclusion to a case and how can litigators achieve this for their clients?

There are two things to remember. First, as well as a duty to the client, lawyers also have a duty towards upholding the correct principles of law – this might sometimes oblige them to accept a little less for their client if there is a trade-off for a correct precedent. While this can annoy clients, in the long run lawyers who follow such principles will earn the respect of the courts, academics, their peers and their clients.

Second, it can often be a good decision to settle a case, opt for mediation, give up some relief (eg, damages) or recommend that compensation due to a client be transferred to a larger public cause (eg, the planting of trees in Merck or providing schools with much needed water coolers, sporting equipment and sanitary towels, as in Hermes). In the medium to long term the client will gain respect, as well as corporate social benefits, which could prove far more valuable.

Can you share with us your top three tips for ensuring long-lasting relationships with international clients?

First, the most important tip is to be sincere with your clients, which means being straightforward and honest. If you cannot obtain a particular order, do not create false expectations.

Second, there is no substitute for high-quality work, which includes in-depth domain knowledge, a thorough mastery of the facts and experienced winning strategies.

Third, provide speedy responses even if they are less comprehensive.

What is the most memorable case you have been involved in – and why?

The Phoolan Devi case involved the film Bandit Queen and the deletion of a scene to which the subject had objected, setting out principles relating to the right of privacy under Indian law.

Another remarkable case was Amarnath Sehgal, which involved a large mural outside the Vigyan Bhawan that had been mutilated by the government. The sculptor sued for breach of moral rights (ie, the right of integrity), holding the government responsible for distorting the work of art.

They were both fascinating cases – not only because of their unique factual patterns, but also because they were responsible for precedents that have proved useful in other jurisdictions as well.

Finally, in what ways do you expect the Indian patent environment to evolve for life sciences companies over the coming years – and how can rights holders prepare?

The three areas in the patent environment that are likely to evolve are the following:

Pravin Anand is a preeminent IP lawyer with 40 years’ experience. He was awarded the AIPPI Award of Merit and has been recognised as the “Most Innovative Lawyer” by the Financial Times.

Recent landmark decisions in his career include patent lawsuits that have transformed the pharmaceutical and biotechnology enforcement regime in India, such as Merck v Glenmark, Roche v Cipla, the Monsanto case and numerous other suits on behalf of Pfizer, BMS and AstraZeneca. Mr Anand also played a key role in India’s first anti-anti-suit injunction order (InterDigital v Xiaomi), the first software patent lawsuit conferring protection (Ferid Allani), the development of a damages culture that recognises not only punitive, but also compensatory, exemplary and aggravated damages (Philips v AmazeStore), the first post-trial SEP judgment (Philips v Bhagirathi) and the development of unique remedies such as a tree planting order (Merck) and an order benefitting adolescent girls (Hermes).