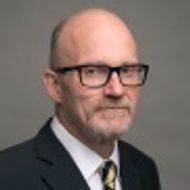 For years, corporate R&D organisations have been evolving from relying solely on a centralised innovation paradigm, equipped and staffed to address all of their needs. Instead, most companies now look outwardly in search of expertise to leverage against solving problems, as well as innovating new products. While such endeavours are advisable in many cases (essential in some), they raise certain IP issues that give rise to potential pitfalls, which may manifest in a dispute or loss of valuable intellectual property.

The term ‘open innovation’ has been broadly applied to situations where R&D is undertaken and resources outside a firm’s organisation are combined with its own in a collaborative working arrangement. These constructs take various forms, including:

The common thread to each of these collaborative relationships is that, in the event that a patentable invention ensues, groups of inventors may cross organisational boundaries or at least create situations where ideas and potential solutions to problems flow freely from one party to another – all in the name of collaborative open innovation. The consequences of such activities may manifest in issues around confidentiality agreements, inventorship, ownership and the unwitting creation of a class of prior art, which may bear on the patentability of inventions.

In 2017 over 400 new lawsuits involving confidentiality agreements were filed in US state and federal courts. Arguably the most pernicious of these involved the violation not of non-disclosure provisions, but rather of the often-overlooked use provisions, which restrict the recipient’s ability to use the confidential information or materials beyond a stated purpose. Violation of such use restrictions gives rise not only to a potential claim for breach of contract, but also a parallel claim to trade secret misappropriation for improper use, even if there was no disclosure of confidential information and its acquisition was otherwise lawful.

The basic rule in the United States is that to be an ‘inventor’, one must possess the complete and operative conception of the invention. In other words, there must be a “[f]ormation in the mind of the inventor of a definite and permanent idea of the complete and operative invention” (Mergenthaler v Scudder (1897)). Further, in order to qualify as a ‘joint inventor’, such an individual “must make a contribution to the conception of the claimed invention that is not insignificant in quality, when that contribution is measured against the dimension of the full invention” (emphasis added) (Fina Oil & Chem Co v Ewen (1997)). Given this relatively low threshold, under many open innovation constructs, the prospect of joint inventorship across organisational boundaries is greatly increased.

Without an agreement to the contrary, as inventorship goes, ownership goes. Joint ownership can be problematic as, by statute, each joint owner may “[m]ake, use, offer to sell, or sell the patented invention within the United States, or import the patented invention into the United States, without the consent of and without accounting to the other owners” (35 USC §262).

Turning to the other consequences of open innovation, the landmark case of Oddzon Products Inc v Just Toys Inc (1997) established that even confidential third-party disclosures received by a patent applicant qualified as prior art bearing on patentability under the guise of presenting a potential for derivation (ie, that the applicant was not the true inventor because he derived it from another). In response to Oddzon, the US Congress passed the Cooperative Research and Technology Enhancement Act 2004, which provided a safe harbour for parties to joint research agreements. Under the act, if the claimed invention arose from a joint research agreement and certain formalities were complied with, all parties to the agreement were deemed as working for a common assignee (hence, such disclosures among the parties would not be prior art under the obviousness provisions of the patent statute).

Under the America Invents Act 2011, the earlier Cooperative Research and Technology Enhancement Act was liberalised in 35 USC §102(c) so that any such disclosures among the parties to a joint research agreement would be unavailable as prior art to be asserted against the patent applicant, provided that:

This provision was designed to benefit universities and government laboratories, as well as corporate research organisations involved in joint research agreements with other companies. Further, it clearly expresses Congress’s intent to foster open innovation.

However, a simple ad hoc study questions whether appropriate compliance with this valuable safe harbour is being properly utilised. In 2017 the United States issued 318,849 utility patents. Of those, only 200 recited a joint research agreement and listed parties thereto. Are we to believe that only 200 out of 318,849 patents in 2017 involved open innovation, which required the safe harbour of §102(c)? It seems that the protections offered by §102(c) are remarkably underutilised, leaving applicants and patentees vulnerable to the loss of valuable IP rights.

When engaging in open innovation, best practice would suggest having a properly negotiated joint research agreement in place, providing for: