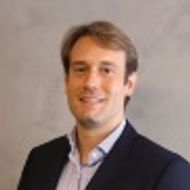 On 5 November 2021, the Brazilian Patent and Trademark Office (INPI) reported the end of Phase II of the Patent Prosecution Highway (PPH) programme, which has now reached its limit of 600 applications. As a result, the INPI will not accept new PPH requests for the remainder of 2021. This is good news because it demonstrates the consistent success of Brazil’s involvement in PPH programmes.

Further evidence of this can be found in changes to the application period of Phase II (implemented on 29 December 2020 by Ordinance 404/2020). Phase I of the PPH Programme was already considered a triumph as it had reached its limit of 400 applications in December 2020. At that time, the INPI decided to anticipate the implementation of Phase II, which was originally expected to begin in December 2022, by moving up the launch to 1 January 2021. It was then designed to run until 31 December 2024.

The PPH programme focuses on expediting the examination of Brazilian patent applications (ie, making them fast track), where the subject matter has been considered patentable by a partner patent office. So far, the INPI has PPH agreements in force with offices in the following jurisdictions: Austria; China; Denmark; the European Union; Japan; Singapore; South Korea; Sweden; the United States; and the United Kingdom.

While no official statement has been made, it is likely that the INPI will renew its PPH agreements. It is also probable that it will soon publish the requirements for Phase III. The INPI and the Japan Patent Office signed a memorandum of cooperation for the renewal of the PPH agreement between the two countries on 9 November 2021. The current agreement expires on 30 November 2021. The new agreement will last for five years, starting on 1 December 2021. According to the INPI’s statistics, approximately 309 patent applications were examined under the PPH agreement with Japan, with technical decisions rendered in 236 cases. The average time between a PPH request and a decision was 316 days.