By Ashutosh Kane and Nikhil Sharma

In the 21st century, trademarks have gained paramount importance in every industry. Pharmaceutical trademarks are particularly important, since they directly relate to public health. However, although pharmaceutical companies will spend millions of rupees in developing medicines and getting them patented, they expend minimal time, effort or ingenuity on branding their medicines – indeed, these are often named after the generic ingredients.

It is common practice to name medicinal or pharmaceutical products after their generic ingredients. However, such marks are usually considered weak or non-distinctive, since they can easily be traced back to their respective ingredients. Such marks also run the risk of being adopted by other manufacturers whose medicines contain the same generic ingredient. However, adopting the name of a generic drug for a trademark is one thing – ‘inventing’ the trademark based on the name of a generic drug is another thing entirely.

In Bal Pharma Ltd v Wockhardt Limited, which involved a dispute between the marks AZIWOK and AZIWIN, the Division Bench of the Bombay High Court accepted the defendant’s argument that:

However, although the court agreed that the prefix ‘Azi-’ was common to the trade, it held that the uncommon elements ‘-wok’ and ‘-win’ in the rival marks were completely different and refused the defendant’s injunction.

In Apex Laboratories Limited v Zuventus Health Care Limited (2006 (33) PTC 492 (MAD)), involving the marks ZINCOVIT and ZINCONIA, the Division Bench of the Madras High Court similarly held that both marks contained the prefix ‘Zinc-’, which was common to the trade, and that the plaintiff could not claim ownership over the word. The court thus refused the plaintiff’s injunction.

The above case law clearly indicates that if a mark is derived from a popular generic drug or contains an element which is common to the trade, members of the trade and public will give more regard to the uncommon or new features in the mark, thereby removing the likelihood of confusion or deception. However, a party that alleges that a particular mark, prefix or suffix is common to the trade has the onus of proving as much, and this onus can be discharged only by proving its extensive commercial use – not merely its presence on the Register of Trademarks. These decisions referred to the decisions of the Supreme Court in Corn Products Refining Co v Shangrila Food Products Ltd (AIR 1960 SC 142) and the Bombay High Court in Pidilite Industries Ltd v SM Associates (2003 (5) BomCR 295).

Rejecting this argument, the Bombay High Court held that the plaintiff’s trademark constituted a composite invented word, and that it was not open to the defendant to claim that it was only a combination of common elements by a process of breaking down the mark.

In the recent case Neon Laboratories Limited v Medical Technologies Limited ((2016) 2 SCC 672), while adjudging the plaintiff’s claim over the mark PROFOL – derived from the molecular compound Propofol – the Supreme Court commented that:

While acknowledging the reality that in the pharmaceutical industry marks commonly reproduce and reflect the constituent composition, the Supreme Court held that, though this aspect may be good grounds for declining registration of the mark, it may nevertheless remain a favourable determinant in a passing-off action.

Section 13 of the Trademarks Act 1999 prohibits registration of international non-proprietary names (INNs) as trademarks. However, what if a mark is not identical to an INN, but has a close resemblance to it? In Lupin Limited v Imperial Chemical Industries Plc, filed against an order of the registrar of trademarks refusing registration of the mark ATENOVA on the grounds that it was similar to the INN Atenolol, the Bombay High Court held that:

In the unreported decision in Ajanta Pharma Limited v Sunways (India) Pvt Ltd, the Bombay High Court rejected the defendant’s plea that the plaintiff’s trademarks GATE and GATE PD were derived from the INNs Gatifloxacin and Prednisolone, holding that the facts of the case did not require the court to investigate the registrations of the plaintiff’s trademarks at the interim stage.

The test applied by courts in trademark actions has traditionally been that of probability – not possibility – of confusion. However, the Supreme Court’s ruling in Cadila Healthcare Limited v Cadila Pharmaceuticals Limited (AIR 2001 SC 1952) was a landmark judgment. While noting the frailty of human nature and the pressures placed by society on doctors, the Supreme Court held that there should be as many clear indicators as possible to distinguish two medicinal products from each another, since it is not uncommon in hospitals for drugs to be requested orally in high-pressure situations. Thus, the usual test for probability of confusion is replaced with a test for possibility of confusion – that is, if any possibility of confusion exists, the use of the infringing mark must be enjoined. Although the court adopted a stricter approach when evaluating the deceptive similarity of the rival marks, it held that a lesser degree of proof was required to show confusing similarity. The judgment has since been followed by various lower courts.

Factors for adjudging possibility of confusion

Previously, whether a drug was prescription-only or sold over the counter was an important factor for courts in evaluating the likelihood of confusion or deception between rival marks. However, the courts have come to adopt a more pragmatic approach. In Astra-IDL Limited v TTK Pharma Limited (AIR 1992 Bom 35) the Bombay High Court commented that scheduled drugs which were supposed to be sold on prescription were sold without prescription in India, which reduced the weight to be given to this factor when evaluating deceptive similarity.

In Cadila the Supreme Court held that physicians and pharmacists are not infallible and that there can be no allowance for mistakes in medicine, since even the possibility of a mistake could prove fatal. The notoriously poor handwriting of doctors has also played a role in downplaying the significance of doctors’ prescriptions.

Courts have also noted the fact that many prescriptions are telephoned to pharmacists and in such situations the likelihood of confusion or deception cannot be eradicated. In Boots Company Plc v Registrar of Trademarks Mumbai (2002 Vol 104 (3) Bom L R574), the court held that since English is not the mother tongue of the Indian population, English words are pronounced in different ways and are subject to distortion. Therefore, the fact that the rival drugs under dispute were prescription drugs was in itself insufficient to prevent the confusion which was otherwise likely to occur. Nevertheless, in Schering Corporation v United Biotech(P) Ltd (CDJ 2010 BHC 2551 (DB)) the Bombay High Court held that the fact that the goods were purchased in bulk by hospitals and clinics (and not by common consumers over the counter) was significant for the purpose of evaluating likelihood of confusion or deception.

Courts also give due consideration to the manner in which a medicine is to be consumed or administered. The likelihood of confusion and deception is negligible where the doctor carries out a culture and sensitivity test before administering the drug to the patient. In Schering Corporation the court held that there was no possibility of confusion or deception between the marks, since the generic drug involved in the rival products was:

Following the Supreme Court judgment in Kaviraj Pandit Durga Dutt Sharma v Navaratna Pharmaceutical Laboratories (AIR 1965 SC 980), it is now established that in an infringement action, if the essential features of the plaintiff’s mark have been adopted by the defendant, it is immaterial whether the get-up, packaging or other writing or marks on the goods or packaging show marked differences or indicate a different trade origin. Nevertheless, differences in dosage form, packaging or trade dress are still considered to be a good defence in a passing-off action.

India has stringent regulatory requirements for the approval of new drugs. However, whether the same degree of strictness applies to pharmaceutical brands is a different question. The Drugs and Cosmetics Act 1940 does not refer to the term ‘trademark’. It uses the term ‘spurious drug’ – that is, a drug which resembles another drug in a manner that is likely to deceive. The Drugs and Cosmetics Act prohibits the manufacture and sale of spurious drugs. The courts have issued multiple guidelines to regulatory authorities mandating that, before granting permission to manufacture a drug under a brand name, the authority must be satisfied that there will be no confusion or deception in the market. The courts have also requested the authorities to consider requiring applicants to submit an official search report from the Trademarks Registry regarding the mark under application, which will enable the authority to arrive at the correct conclusion. Nevertheless, approvals are frequently granted to similarly branded medicines. The ever-increasing pace of pharmaceutical trademark litigation is testament to this fact.

In Neon Laboratories (above), the Supreme Court acknowledged and reaffirmed the transnational nature of pharmaceutical trademarks. The court held that the likelihood of confusion and deception between an international pharmaceutical trademark and a deceptively similar Indian trademark is greater now, since medical practitioners and medical companies keep abreast of the latest developments in medicinal preparations worldwide (ie, by regularly attending conferences, symposia and lectures), and since pharmaceutical goods are widely advertised in periodicals and magazines that are available in India. The court held that if a mark covering a drug is associated with one party worldwide:

The court thus pierced the transparent veil between international trademarks and domestic trademarks.

Trademarks are known to help members of the trade and the public to identify the source or origin of goods and services. This also holds true in the pharmaceutical industry – indeed, there is arguably no other industry in which it is more relevant. The present need is for strong pharmaceutical trademarks. This is important not only for doctors and other medical practitioners, but also for the general public, who frequently practise self-medication. It is therefore important that pharmaceutical companies not adopt trademarks that are closely similar to the generic ingredient of the drug, unless the mark is an intelligent derivation or adoption and does not directly indicate the generic ingredient.

Further, regulators are duty-bound to approve only those drugs whose brand names are not identical or similar to anything already available on the market. They may ask applicants to submit search reports from the Trademarks Register, citing any conflicting or similar trademarks.

Lastly, the vigilance of rights holders in protecting their pharmaceutical trademarks is also important, as it results in the removal from the market of trademarks which are likely to cause confusion and deception, and thereby adversely affect public health. 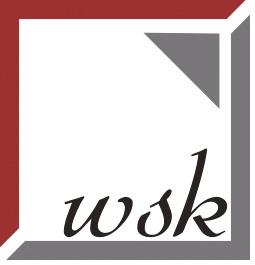 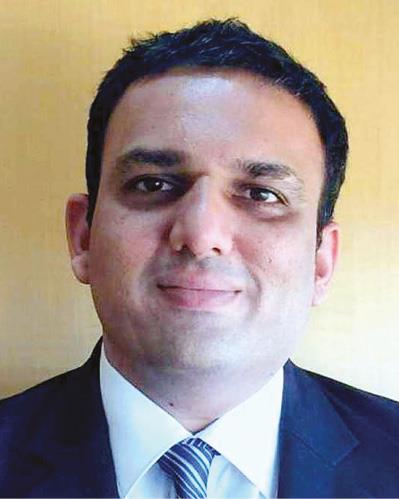 Ashutosh Kane qualified as an advocate in 2002 and has practised in Mumbai since then. He completed his LLM at the University of Mumbai in 2003 and studied international business law at the London School of Economics in 2005. Mr Kane has worked with the firm since 2005 and became partner in 2010. His work includes trademark drafting and prosecution, domain name disputes, IP litigation, drafting and prosecution of copyright applications, trademark registration, opinion work and drafting of agreements relating to IP rights. Mr Kane has been a visiting faculty member at Government Law College, Mumbai, teaching intellectual property and other fields of law. He is a member of the Asian Patent Attorneys Association. 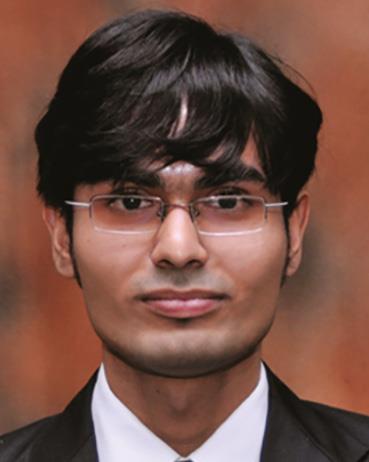 Nikhil Sharma qualified as an advocate in 2013 and has been practising in Mumbai since then. Mr Sharma has been working with the firm since June 2013 and is a key member of the trademark team. His portfolio includes IP litigation apart from trademark drafting and prosecution.