Once the Patent Law entered into effect in 1991, it became possible in Russia to get a national patent directed at pharmaceutical inventions, such as:

When the Eurasian Patent Convention entered into effect in 1995, it became possible to get a Eurasian patent on those same pharmaceutical inventions.

Nevertheless, until quite recently, Russian patent legislation contained no special restrictions regarding the selection features for characterisation for any of the listed inventions.

For example, a ‘second medical use’ invention could be characterised in the claims using the following subject matters:

Any of the above could include additional characteristics, including:

Moreover, all features characterising the invention in an independent claim have been considered when assessing novelty and inventive step. As a result, a pharmaceutical composition or medicine is distinguishable from known products by only its new intended use and could therefore be recognised and patented.

For the first time, the Eurasian Patent Organisation has introduced a limitation on the features applicable for the characterisation of pharmaceutical compositions.

In practice, the Eurasian Patent Office has not allowed claims directed to a composition or medicine where the only distinctive feature was intended use.

Further, if features such as dosage of the active agent and its administration regime should be used for the characterisation of the invention, the only possible subject matter for protection of such invention through a Eurasian patent is a method for treatment.

Until June 2016, Russian patent legislation contained no such restrictions.

New rules for the preparation, filing and consideration of applications for inventions entered into force in Russia in July 2016. Item 70 of the rules stipulates that the provisions for novelty of the invention assessment contain the following: “the invention, the only distinctive feature of which is the intended use, can be recognised as novel if said intended use is the result of some product characteristics, which distinguish it from the known product. If the new intended use is merely the result of some intrinsic properties of the claimed product, which properties have not been known before, the claimed product is not recognised to be novel. In this case, the Applicant has the right to characterise this invention as ‘use of the product for (new intended use)’.”

Assessment of novelty and level of invention

Items 70 and 76 of the rules were added with a note stipulating that the features indicated in Subitem 3 of Item 39 of the requirements did not take into account assessment of novelty and level of invention.

Therefore, in accordance with the Russian patent legislation in force since October 2018, only products with either a new structure or a new qualitative or/and quantitative makeup can be recognised as meeting the novelty requirement and, if there is a new unexpected technical result, as having inventive level. The new provisions apply only to the national applications filed or entered in the national phase after the new provisions entered into force.

Scope of protection and experimental support

Both Rospatent and the Eurasian Patent Office define in practice the possible scope of invention protection on the basis of experimental supporting data presented in the patent application specification. Neither the Russian nor Eurasian patent legislation requires experimental support of the implementation of invention, claimed intended use or achievement of the claimed technical result for each specific embodiment of the invention characterised in the claims by the features defined by the general concepts.

Rospatent’s requirements for experimental support of realisation of the intended therapeutic use of an invention directed at novel compounds, second medical use and methods for treatment and prophylaxis of the disease have also become very strict. It is no longer sufficient to submit in vitro data proving some biological activity of the product and some documents disclosing the interconnection between said biological activity and claimed therapeutic use. Only in vivo data on the relevant animal models will be considered by Rospatent as sufficient support of the claimed therapeutic use. If more than one therapeutic use is claimed, the mentioned experimental data should be submitted for each use.

Nevertheless, it is still acceptable to use some general definitions for features characterising the claimed invention in both national and Eurasian applications, even if the experimental data is submitted only in respect of certain particular embodiments of the invention.

However, Rospatent tends to restrict the scope of the original claims to bring it as close as possible to the scope of experimentally supported embodiments of the inventions.

The scope of protection of such inventions as a selection invention and a synergetic composition is strictly restricted to the particular compounds and compositions for which the claimed technical result is supported by the experimental data. Namely, for the new compound claimed as the selective invention, new qualitative or quantitative properties unknown for the known group of compounds covering this individual compound should be proved.

To date, both Rospatent and the Eurasian Patent Office have accepted additional experimental data supporting the original scope of claimed inventions submitted by applicants during the prosecution of the application.

In accordance with the recent amendments to the Russian patent legislation, only technical results clearly defined in the specification of the patent application will be taken into account when the level of invention is established.

Due to the recently introduced limitations, it is imperative that the applicant be careful when drafting the specification and claims of the patent application to be filed/entered in Russia. The original application materials should clearly define the technical result for the claimed inventions, as well as sufficient scope of experimental data supporting the implementation of the invention, realisation of intended use of the claimed invention and achievement of the claimed technical result.

The term extension procedure for patents directed at medicine, pesticides and agrochemicals was considerably revised in 2015.

In October 2014 amendments were made to Article 1363 (2), Part IV of the Civil Code, which entered into force on 1 January 2019. The amendments introduced the procedure of grant of a supplementary patent restricted to the marketed product.

In respect of patents directed at the group of compounds defined by a general structure, as of January 2019 Rospatent requires not only an indication of the specific radicals’ meaning in the structure corresponding to those of the active agent of the marketed product but also the position of substitution for said radicals in the structure.

Introducing a new patent term extension procedure has limited the number of eligible patents, since only patents actually disclosing the compound corresponding to the active agent of the marketed product can now be extended.

The only general definition which remains regarding supplementary patents is ‘pharmaceutically acceptable salts’.

If the patent is directed to a composition characterised by the components amounts range, the patentee is allowed to specify the quality of each component by the specific meaning given in the marketing authorisation, even if these specific meanings were not disclosed in the original specification.

In general, the new patent term extension procedure for Russian patents has become much more complicated due to the necessity of bringing granted claims into conformity with the scope covering only the marketed product in the absence of any recommendations in the patent term extension regulations regarding how to do it and due to Rospatent’s constantly changing approach to this procedure.

The introduction of these latest amendments to Russia’s patent legislation clearly demonstrates that the current trends in patent protection of pharmaceutical inventions in Russia are limiting the scope of the protection of the inventions to keep it close to the experimentally supported embodiments of the invention, preventing protection of inventions directed at products characterised by features which are intrinsic properties of the product unknown from the prior art, limiting the possibility to obtain an additional term of validity for pharmaceutical patents. 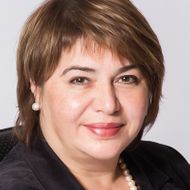