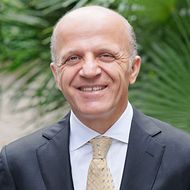 The Industrial Commission of the Turkish Grand National Assembly has approved the draft Industrial Property (Rights) Law, meaning that Turkey is poised to introduce the doctrine of international exhaustion of IP rights. This move is intended to address concerns regarding the ambiguous implementation of the doctrine, as well as its confusing interpretation by the courts and in literature, which allows the free parallel import and export of goods in and out of Turkey.

Proposal
Deleting the words "in Turkey" from the currently applicable decree-law, Article 152 of the draft Industrial Property (Rights) Law, entitled "Exhaustion of Rights", provides for the international exhaustion of an IP right following the first sale of goods by the owner or with his or her consent. The commission deliberations have shown a preference for the international exhaustion of rights. This preference has been justified on the grounds that:

The existing decree-laws governing industrial property rights (ie, patents, trademarks, industrial designs and geographical indications) adopt the national exhaustion of IP rights following the first sale on the Turkish market. According to the law, IP owners' rights outside Turkey are preserved if the goods are sold outside Turkish territory. Thus, rights holders, irrespective of the exhaustion of their rights in Turkey, can control the movement of their goods in foreign jurisdictions. It may also be argued that the exhaustion of rights should not extend to export sales outside Turkey. However, allowing rights holders to control export sales may not be desirable from the perspective of both Turkey and the importing country.

Case law
Turkish case law on the exhaustion of rights has evolved in such a manner that it almost implies international exhaustion in respect of the import of goods into the Turkish market, thus allowing parallel imports of goods even if the rights in the original country may not have been exhausted internationally. It is arguable that by its nature, the doctrine of exhaustion is international because it can be argued that the exhaustion of rights severs the relationship between the owner and the goods permanently, irrespective of the jurisdiction to which the goods may travel. Accordingly, it could be claimed that Turkish case law – which holds that the first sale of goods in any market exhausts rights – agrees with this.

Thus, similarities may be drawn between Turkish case law on the exhaustion of rights and South African, Swiss and Canadian case law, and Turkey may be classed among the jurisdictions that emphasise the balance of rights by abolishing monopolies on the import of goods.

However, Turkish case law also requires that the same branded goods must first have been sold on the Turkish market by or with the owner's consent. While the doctrine of exhaustion concerns goods that have been in commercial circulation, and the relevant rights are exhausted only in respect of goods using those rights, case law evolved in a way that resulted in preventing the owner from exerting control over his or her market share through IP rights. Under existing case law, the owner's rights are thus restricted to deciding whether to enter the Turkish market.

Discrepancies between the true meaning of the doctrine of exhaustion and case law have led to major confusion. As a result, the reasoning behind Article 152 of the draft law states that one of the main aims of the provision is to address concerns surrounding ambiguity and implementation.

Despite the fact that all sovereign jurisdictions have their own IP rights, their markets are part of a much larger, global market. As a result, rights holders must obtain multiple registrations for a single IP right in as many jurisdictions as they seek protection. Thus, goods protected by IP rights travel within global markets under the territorial protection afforded by individual registration in each jurisdiction. A series of territorial registrations for a single brand functions like a large umbrella composed of various patches to protect the goods.

Perhaps the single most important threat to such patchy protection is the international exhaustion of rights in a single jurisdiction, which is capable of overruling all territorial protection. Once goods are sold in the jurisdiction implementing the doctrine of international exhaustion, it would be almost impossible for the rights holder to prevent the import of those goods into other jurisdictions based on the local registrations. Indeed, how could a rights holder which has exhausted its rights globally argue that its rights should be protected? Given the similar case law in South Africa, Canada and Switzerland which allows for the parallel imports of goods first sold in other jurisdictions, even if the rights have not been internationally exhausted, it would be hard for rights holders to exercise IP rights over goods once they have been sold in the Turkish market, thus exhausting rights internationally.

Commission process
During the review of the draft law before the commission, various organisations and parties commented on the proposal:

However, after lengthy deliberations the commission approved Article 152, thereby supporting the doctrine of international exhaustion.

Comment
The draft will now be deliberated by the General Assembly and, if approved, will be enacted to replace the existing decree-law. Given the resolve of the ministry, no changes are expected. However, in theory it is possible for the General Assembly to introduce amendments that would revert back to the doctrine of national exhaustion. The enactment process may be completed within two to three months. Therefore, manufacturers and rights holders should review the effect of this radical change on their manufacturing, marketing, import and export activities, and should prepare themselves to adapt to the free movement of goods in and out of Turkey. Further, Turkish policy makers will need to consider the effects of international exhaustion on their policies.

Patents, Europe, Turkey
Back to reports