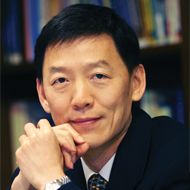 Issues with dual filing system
Before recent amendments to the Patent Act, the major disputed issue regarding the dual filing system in Taiwan was that the original provision precluded continuation between both patent rights when selecting the allowable invention application. The original provision resulted in the utility model patent being deemed non-existent ab initio, leading to adverse outcomes for patentees, which lost the earlier protection of the utility model patent if they selected the invention patent. Alternatively, if they selected the utility model, they obtained a shorter 10-year exclusive term.

In view of this, the Patent Act was partially amended on May 31 2013, with the amendments coming into force on June 13 2013, to provide a new dual filing system that allows the continuous protection of patent rights. According to Articles 32(I) and (II) of the Patent Act, a utility model patent right under the dual filing system ceases only from the issued date of the invention patent, rather than being deemed non-existent ab initio when an applicant selects the invention patent application, and thus allows applicants to benefit from using the dual filing system. However, for at least six months the new dual filing system caused confusion as TIPO failed to release the corresponding Examination Guideline immediately, so applicants had no guidance to refer to.

These requirements are further elaborated in Section II, Chapter 3 (page 2-3-31) and summarised as follows:

Accordingly, the new Examination Guideline provides more specific instructions for dual filing, so that the potential applicants should have a better idea of how to develop their patent strategies based on this system, which not only awards patent protection quickly through a utility model patent, but also enjoys the long-term and stable protection of an invention patent.

Patents, Asia-Pacific, Taiwan
Back to reports