Despite a string of previous litigation successes, the speaker technology innovator has never taken on a Silicon Valley giant before

Sonos kicked off its dispute with Google at the start of the year by lodging an infringement suit and parallel case at the International Trade Centre (ITC). The tech giant filed a countersuit in June and in the latest development Google has made a request for a declaratory judgment of non-infringement in anticipation of a second Sonos attack.

The speaker pioneer rarely takes things to court, but when push comes to shove the company is said to have a collection of high-quality assets on which to draw. Back in April 2017, Tanya Moore, Sonos’s former chief licensing officer, told IAM: “The portfolio is so foundational that you can’t build a wireless, multi-room audio system without tripping over it.”

While this is not the first time that the audio pioneer has gone on the offensive, it is its first time against the deep pockets of a company like Google.

Sonos has a relatively small portfolio. It owns 1,485 global patent assets, consisting of 1,075 grants and 410 applications, according to research conducted using Anaqua’s AcclaimIP. The company began filing for patents in the early 2000s and output started to increase after 2011 (see Figure 1). This has resulted in a steady grant pipeline.

The portfolio is relatively young, with a majority of Sonos’s patents expiring between 2031 and 2036 (see Figure 2).

The United States is the top priority for Sonos, with 883 patents granted there. It has 92 patents granted in China, 26 in Japan and is an active filer at the EPO. Sonos’s Patent Cooperation Treaty filings have been increasing in the last few years, as seen in the graph below. This is important because companies often file to protect what they see as their most valuable inventions via the WIPO route.

Sonos has been involved in 15 US patent cases filed between 1 January 2009 and 7 October 2020, according to data pulled from Lex Machina (see Figure 4). It has appeared as the plaintiff in four instances and the defendant in 11 (including countersuits).

Most of its disputes have been terminated. The exceptions are suits involving Google, Chimetech Licensing (an NPE with connections to IP Edge) and Implicit, LLC (identified by Unified Patents as a small-company NPE) on the other side (see Table 1).

In 2016, the audio pioneer went on the offensive for the first time against rival speaker manufacturer Denon (owned by the investment company D&M Holdings). The pair settled after nearly four years of litigation following a jury trial in which it was found that Denon had wilfully infringed Sonos patents.

The audio company flexed its muscles again in 2019, bringing a suit against Lenbrook Industries Ltd, which it accused of infringing seven patents. Sonos’s earnings report for the third quarter of 2020 reveals that this litigation was settled on undisclosed terms, although Lenbrook, which produces Bluesound products, has entered into a multi-year agreement for a licence to Sonos patents for all BlueOS-enabled devices worldwide.

Although Sonos had its intellectual property validated in suits against its two rivals, Google is a very different opponent. The tech giant kicked things up a notch in June when it filed a lawsuit against Sonos using legacy Motorola patents. Google rarely asserts against other corporates, so this speaks volumes to how seriously it is taking this litigation.

Overall, Potter Anderson & Corroon and Lee Sullivan Shea & Smith are the firms that represent Sonos the most in US district court litigation (see Table 4). Orrick Herrington & Sutcliffe is the top national firm sought out by the speaker manufacturer. 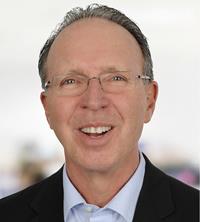