Strategic shake-up at Samsung as it sells printer business and thousands of patents to HP for $1.05 billion

Samsung Electronics announced yesterday that it had reached an agreement to sell its printer business to HP for $1.05 billion. The deal, which will see Samsung shed a significant number of IP assets, marks the beginning of a new chapter for the Korean company as it seeks to slim down and refocus on core business areas.

Under the proposed terms of the divestiture – which is expected to complete within 12 months, pending regulatory approvals – Samsung will spin-off its printer unit into a separate entity, and will subsequently sell a 100% stake in this new company to HP. A large number of Samsung employees, including around 1,300 engineers and researchers, will join HP as part of the deal. Significantly, the US company will also take ownership of more than 6,500 of Samsung’s patents relating to printing technologies.

According to market research firm IDC, Samsung Electronics ranked fifth in the world with its 4% share of the global printer market in the second quarter of this year, behind HP in first place and Japanese players Canon, Seiko Epson and Brother. Despite posting revenue of two trillion won (approximately $1.8 billion) last year, Samsung’s printer business has continued to shrink over time, with IDC recording an 8.9% decrease in shipments since the second quarter of 2015.

Sprawling Samsung has made its name as a leading brand across an array of different product markets, from smartphones to refrigerators and a lot more besides. Divestment of whole business units is something that it has seldom done in the past, and when it has it has typically been on a smaller scale. But, as reported by the Wall Street Journal, Korea’s flagship company is now streamlining in a bid to focus resources on areas which demonstrate the best performance and potential for future growth.

As such, the $1.05 billion sale to HP already stands out. But what makes it even more noteworthy is the IP element of the deal. Samsung Electronics holds by far the largest portfolio of in-force US patents in the world (and probably, of rights issued by any of the major patent jurisdictions). According to data from MDB Capital Group published in issue 72 of IAM, the Korean giant owned 55,417 granted, in-force US patents as of the end of 2014 – more than 11,000 more than second-placed IBM. Reports of the HP transaction do not elucidate which jurisdictions are covered by the 6,500-plus patents headed the US company's way, and whether that figure refers to discrete patents or families; but what is clear is that it is a huge number of assets, even by Samsung’s standards, to be assigning to a new owner. A cursory search of the USPTO assignments database suggests that one of the few big divestitures made by the company in the past – the $1.4 billion sale of its hard disk drive unit to Seagate back in 2011 – involved the transfer of close to 500 US patents, which would seem to be a far smaller consideration than the deal announced yesterday.

Apart from a handful of modest assignments to third parties, Samsung has been reluctant to dispossess itself of patents in the past. Its strategy appears to have been centred on keeping hold of the vast number of patents it files, with cross-licensing and deterrence being top of mind. But the need to keep competitive may be changing attitudes at the company’s headquarters in Suwon. Having built up such a vast stockpile of patents relevant to such a wide variety of technological fields, it is of little surprise to learn that other companies out there may find value in parts of Samsung’s portfolio that are no longer core to its forward plans. The patent assignment to HP is within the ambit of a wider M&A transaction – but it may foreshadow a new willingness on the part of the Korean company to engage in pure patent sales and other monetisation plays. 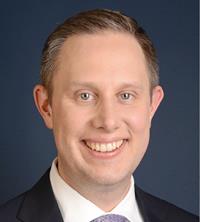