The tables are turned when it comes to automotive, conglomerates, medical devices/pharma and telecoms, where European companies boast a solid presence. Europe’s hand is also strong in aerospace and defence, with the likes of Airbus, Safran, Rolls-Royce and Thales all boasting hefty portfolios.

However, in other areas, Europe is falling behind. The semiconductor sector features just three European entities – NXP, STMicroelectronics and Infineon – which are unable to match industry leaders like Qualcomm and Intel. Telecoms is also led by foreign entities such as ZTE and Huawei. Finally, electronics is a largely Asian affair (including Samsung, LG, Sony, Canon, Hitachi and Panasonic) – with the exception of Apple.

Table 4 reveals a large number of pending applications across automotive and electronics. The patent rush in the auto sector can be attributed to companies seeking protection for technologies pertaining to autonomous driving and connected car technologies, specifically in relation to mitigating the risk from non-auto (ie, tech) players in this area. Foreign entities include Ford, GM and Denso, while local players include expected German names BMW and Volkswagen, as well as OEM suppliers ZF, Robert Bosch and Schaeffler Group.

Figure 1. Overall granted patents in Europe for the top 100 players across each sector 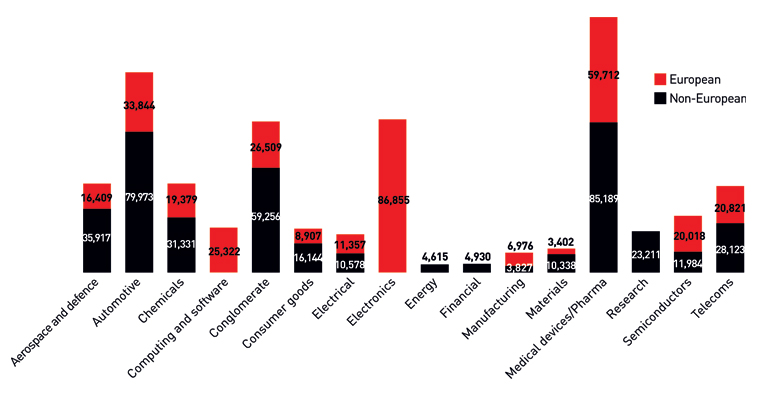 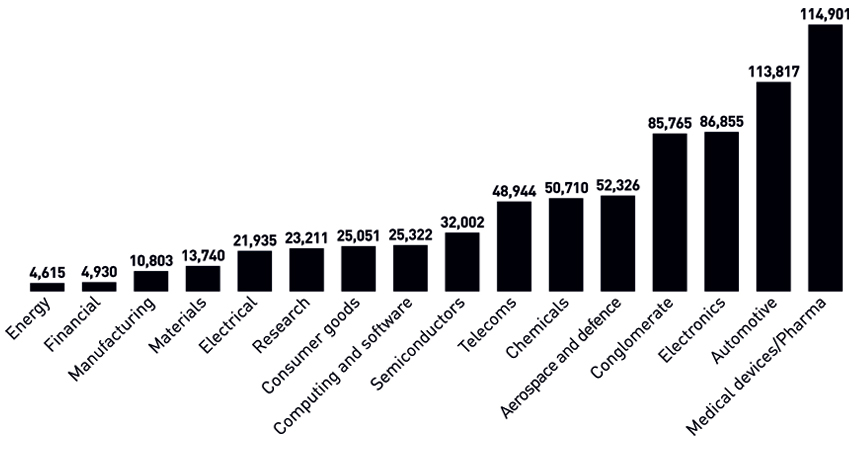